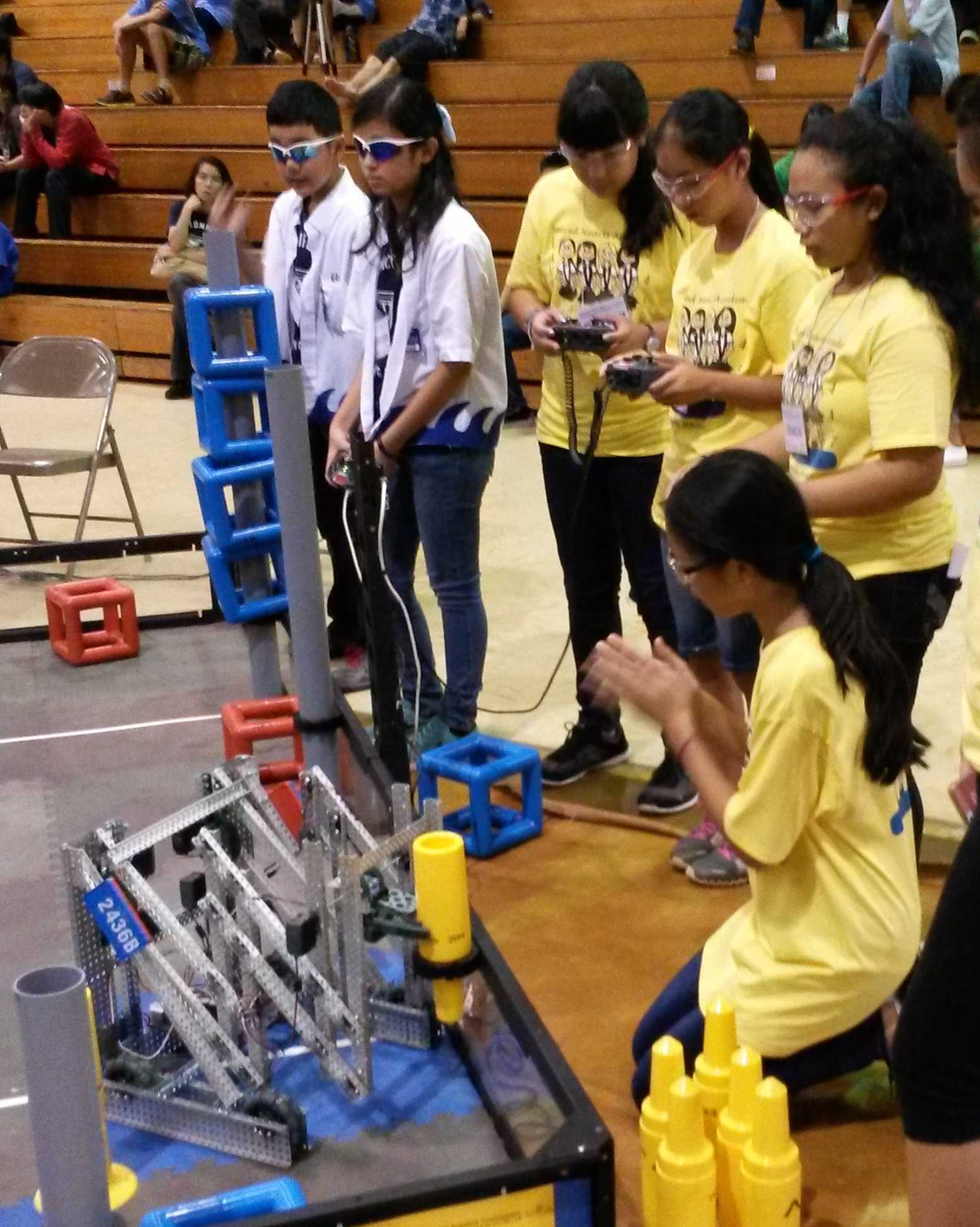 The tournament took place at the Mililani High School gym. Teams that participated were junior high teams 2436A and 2436B and high school teams 2437A and 2437B.

Meanwhile, the 2437 high school team had drivers junior Liberty Huff and sophomore Dominique Almeida, along with sophomore Ashley Lardizabal, who coached both 2437A and junior high team 2436B. The members of team 2437B were Jaellen Flores, Julia Oehlers and Kiana Dietz.

Most team members are enrolled in robotics classes and have been preparing their robots since the beginning of the school year. Teams have been working in and out of class to be ready for the competition.

Hard work paid off as teams 2436B and 2437B made it to the elimination rounds. Team 2436B ranked second overall in the qualifying matches and reached the semifinals. Team 2437B reached the quarterfinals of the competition.

For many members, this was their first robotics competition.

Stevenson remembers how confused she felt in the beginning and how ecstatic she was to make it past the qualifying rounds.

“At first, I didn’t know how to contribute to my group, but after getting the hang of things, I was quick to figure out what I needed to make happen. In the end, the experience was fun. Our alliances were easy to work with and did our best to make our way in competition,” she said.