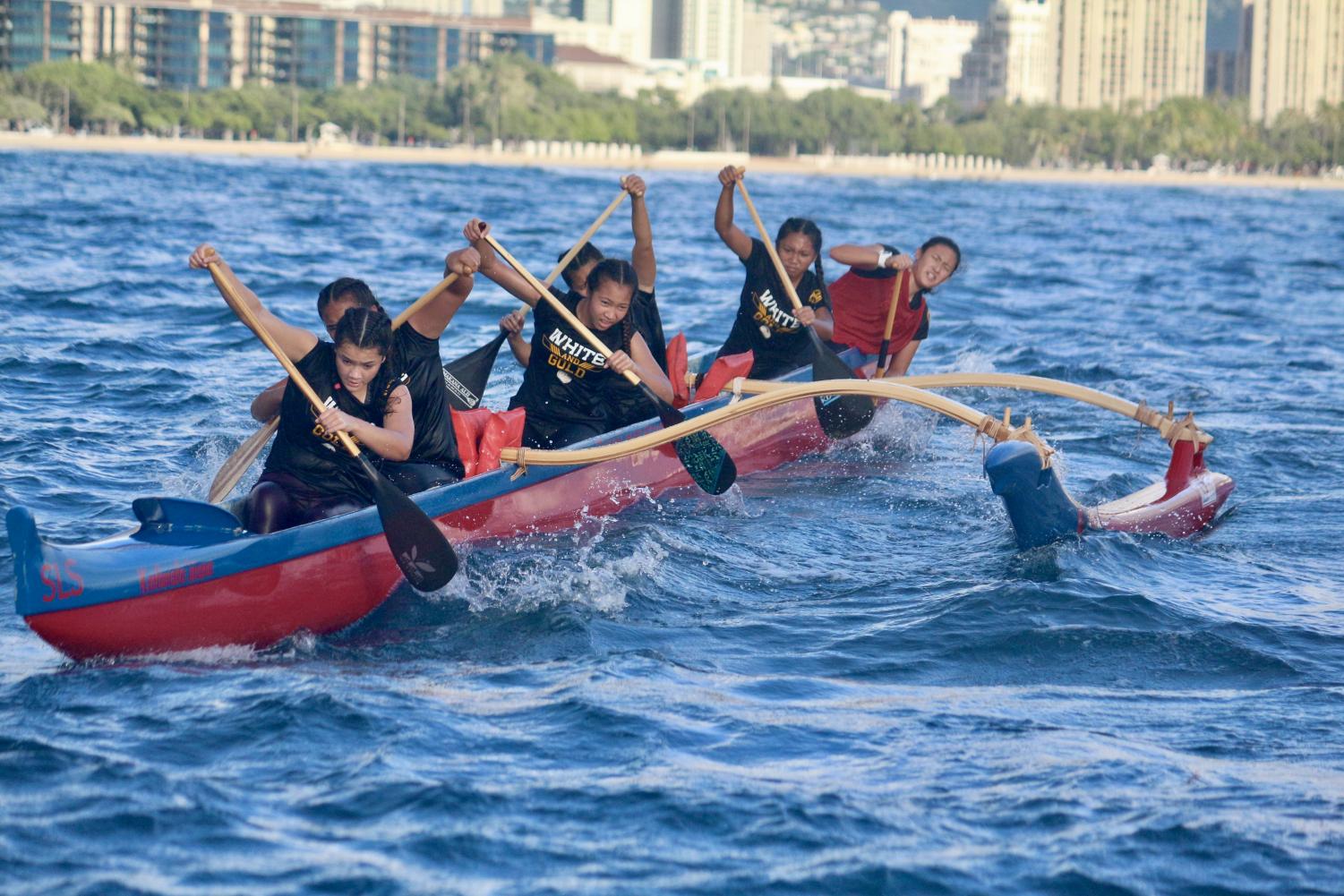 Many Sacred Hearts Academy paddlers would agree that this season was a long and strenuous one. The school’s varsity crew finished in fourth, while the junior varsity II (JV) team, made up of mostly new paddlers, placed second.

Junior Angela Lowell, a first-year paddler, was part of the JV crew.

“I thought paddling was going to be easy,” she said. “I only did it because (my friends) were doing it, but since completing the season, my whole perspective changed.”

Lowell explains how she has learned that it is not only a physical sport but a technical one as well.

“There were so many techniques I had to learn,” she said. “The process was a long one that had so many practices and conditioning.”

The season came to a close Tuesday with a 6-mile race at Magic Island. The season consisted of six races, ranging from 3 to 6 miles. Most times, paddlers can race for up to one hour and 15 minutes.

In the past, only the top two varsity level crews could compete in the Hawaii High School Athletic Association (HHSAA) championships. This year, however, the association allowed the top three.

The varsity crew missed the opportunity to compete, however, during the last two races. The team finished fifth and fourth, leaving them 3 points behind Kamehameha-Kapalama School.

Not only did the team have after-school practices but also three-hour practices on the Saturday before the races started and throughout winter break.

During these longer practices, the team would complete the shorter race courses multiple times and the longer races at least once.

“We all understood that it was to help us win and that we can’t lose anything if we give it our all,” junior Abby Sanchez said.

A banquet was held at Hale Ikena at Fort Shafter for both the Academy team and Saint Louis team. In addition to the academic and season awards given to paddlers, the team gifted the coaches with a monetary donation for canoe repairs.