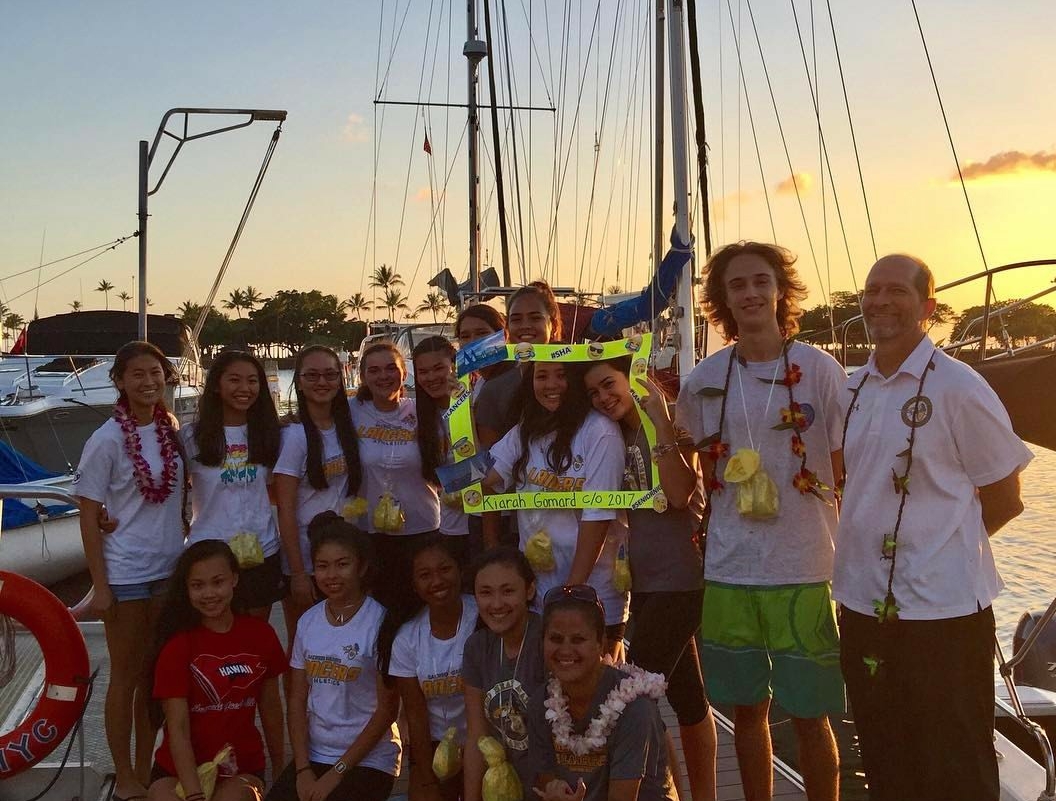 After many hours in the sun, channeling the direction of the wind and putting their knowledge to the test during races, the Sacred Hearts Academy sailing team hung up their life vests for the season Wednesday.

Many members agree that the season was one to remember. A majority of the team was new to the sport, having to learn the basics of sailing.

“I mostly learned how to work as a team,” sophomore Abby Sanchez said. “Everyone was really friendly and made (sailing) fun to learn.”

While most were new to the sport, others, like senior Kiarah Gomard, saw it as another season to get better.

“It was an awesome season, and I really appreciated the support from my teammates,” Gomard said. The team celebrated with Gomard at the last race, as it was also senior day.

A pizza party was hosted at the Hawaii Yacht Club, where each participating school gathered to socialize with other teams.

A ceremony followed shortly after, awarding the winning schools, as well as giving thanks to the referees and race officials.