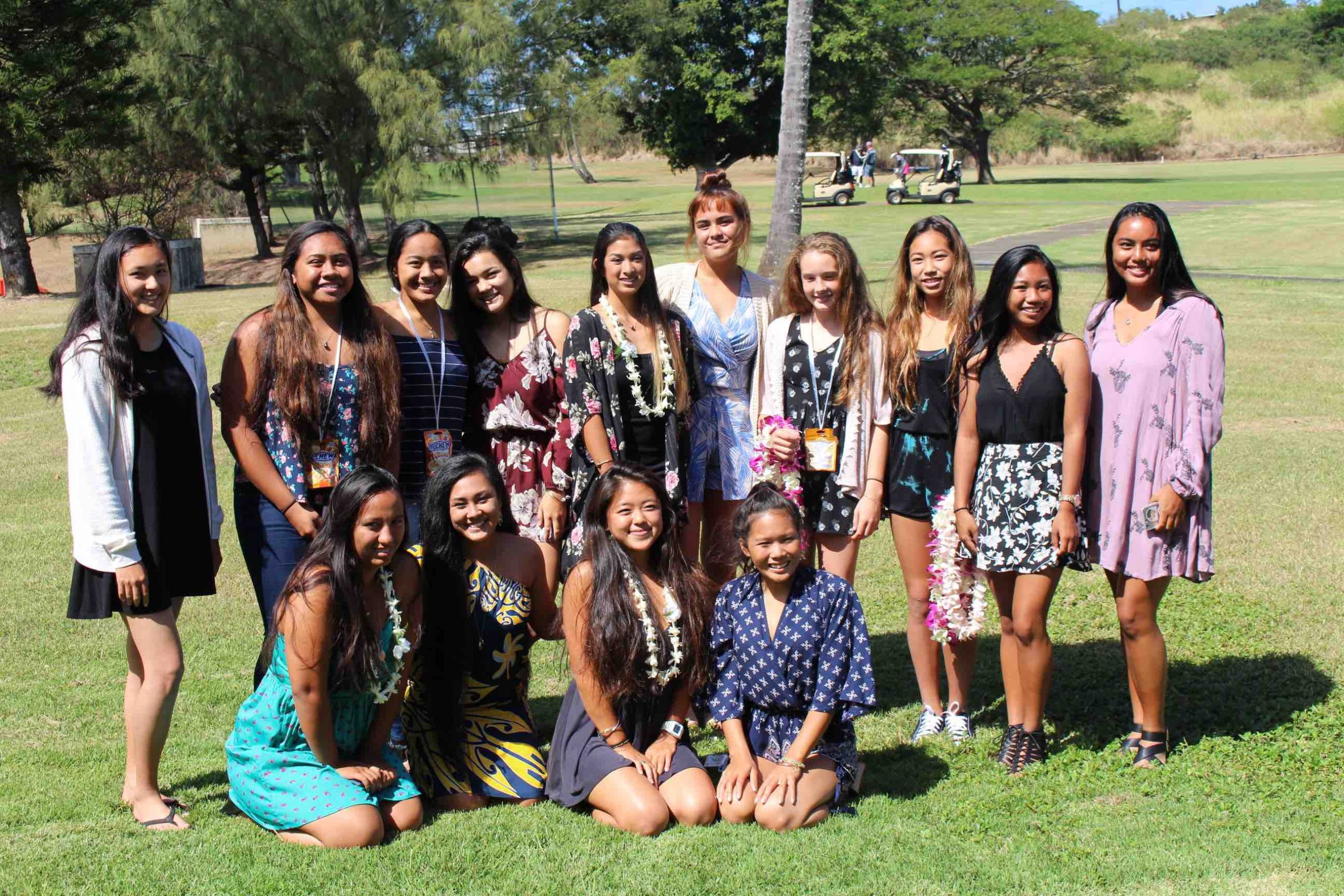 As all good things come to an end, the Sacred Hearts Academy paddling team experienced the bittersweet feeling of closing out yet another season last week.

Many agree that the season was one for the books, as it put the Academy team on the map of competitive teams. For seniors Rin Kusaka, Morgan Louis-Soares and Trinity Morgado, it is a season they will always remember.

“This was the first year I was ever close to my team, and I think it helped us throughout the season, knowing we had each other’s backs,” said Louis-Soares, who is also team captain. Satisfied knowing that the team left a strong impression on other schools, Louis-Soares said the past season was one of the best she’s experienced.

The team celebrated senior day by decorating the seniors with floaties and flower lei. Members of each grade made and presented posters for each senior, despite the rainy and windy weather.

A banquet was held at the end of the month for both the Academy and Saint Louis paddling teams. It was held at Hale Ikena at Ft. Shafter, where the athletes received awards for both paddling and academic excellence.

In addition to the awards, both the boys and girls of Kana Lui donated more than one thousand dollars to repair the canoes, as well as small individual gifts for each coach.

“We are proud to be Kana Lui and proud of our boys and girls,” Head Coach Queenie Loo said.