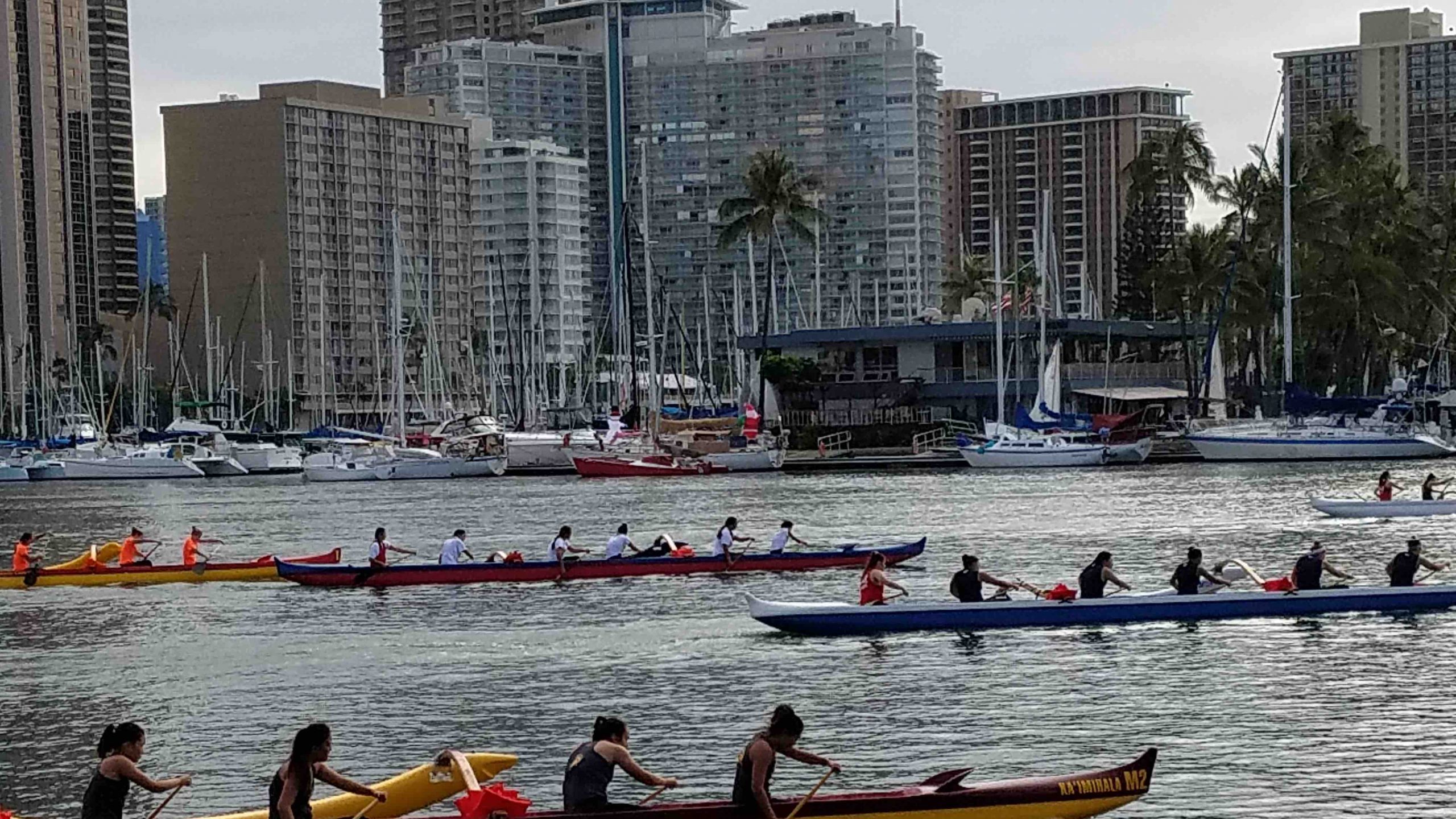 The Sacred Hearts Academy Lancers opened the Interscholastic League of Honolulu (ILH) paddling season with a third place win for both the junior varsity II and varsity I races.

For the varsity crew, this race served as a loss redemption from the past seasons. It was a fresh start for the junior varsity crew, mostly comprised of new members.

As usual, the race was held at Magic Island at Ala Moana Beach Park.

“Being a new member (of the junior varsity team), I knew almost nothing and depended on others to show me the ropes of getting through a race,” said sophomore Abby Sanchez.

The races kicked off with the boys and mixed crews. The Academy’s brother school, Saint Louis School, participated with two junior varsity entries and a varsity crew.

Both the varsity and junior varsity crews battled head-to-head with powerhouse schools Kamehameha and Punahou for three miles. The race went from Magic Island to the Kewalo Buoy and back to Magic Island.

“We are very proud of our paddlers and look forward to our race on Thursday,” Head Coach Queenie Loo said.

The paddling team will compete in six races, which will increase in distance. The ILH season ends in January.

If the varsity crew places well, then members will be able to compete in the state championships in February.