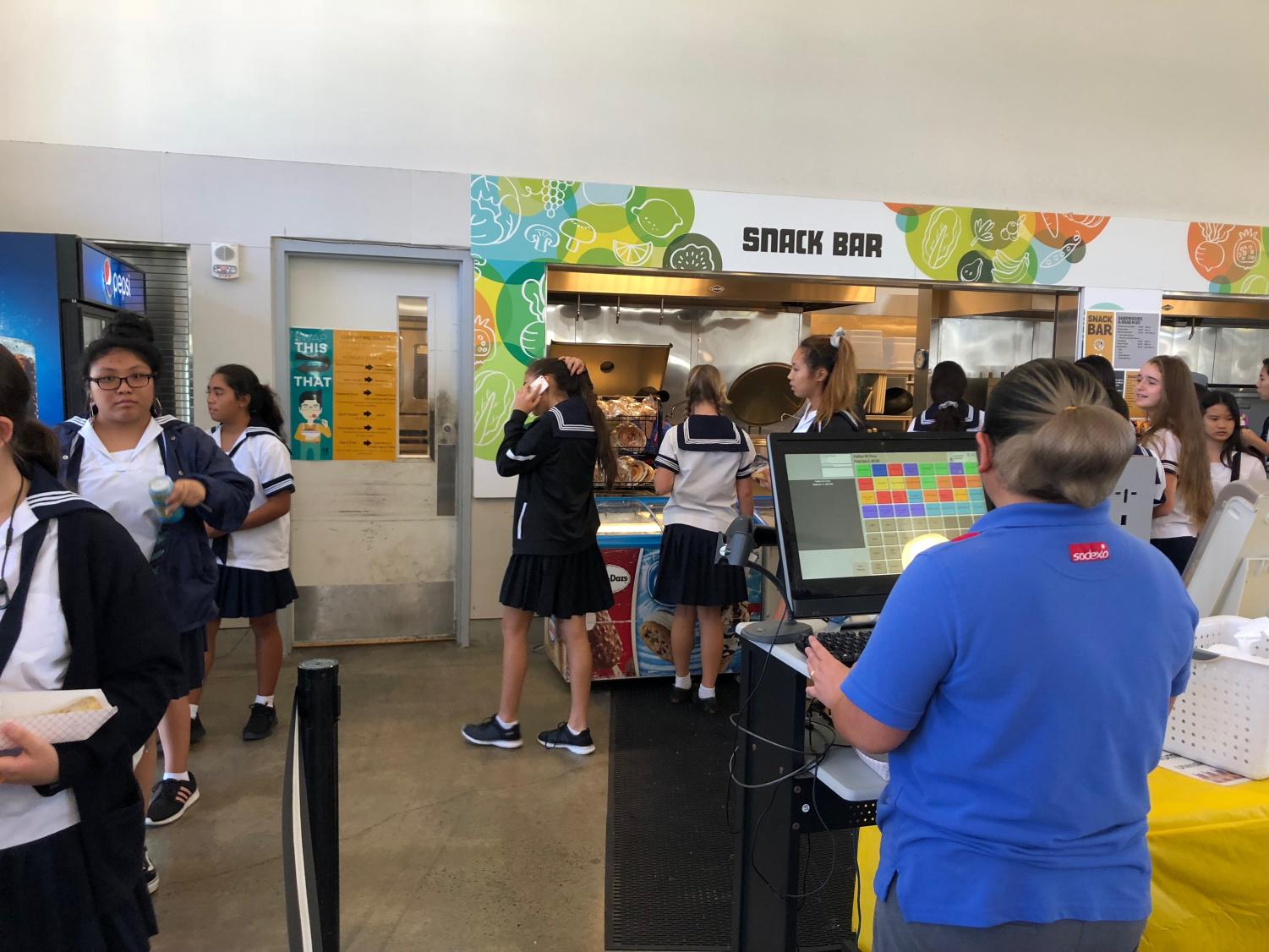 “We began to make changes at last year’s second semester, (but) some changes could not be drastic due to set pricing,” Sodexo General Manager and Student Center Adviser Erin Awai said. “Over the summer, we put together a bunch of new menu options and incorporated them into this years selections.”

“Since the start of (my) sophomore year, the lunch staff began to make interesting, new, healthy varieties, which was a pleasant surprise,” Nekotani said.

Nekotani isn’t alone when she says the school lunches have taken a turn for the better. In a survey conducted by Ka Leo, 43% of students from grades nine through 12 have said they are pleased with the changes in the lunch variety.

“Enrollment is a bit down, so the sales overall is down, but I know we end up selling out every day, so that is a positive sign students enjoy the added selections,” Awai said.