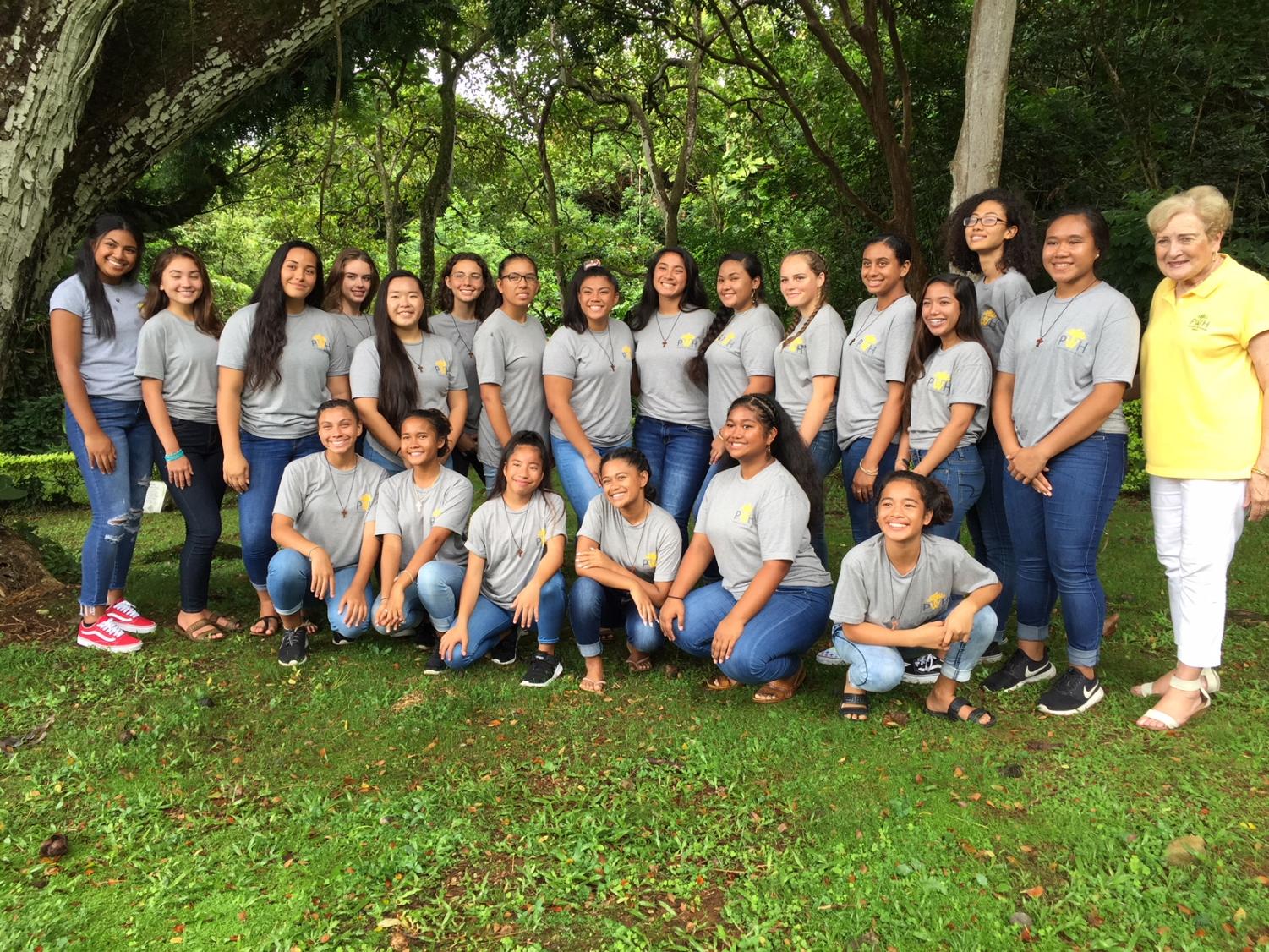 On Aug. 16, while many students were spending their four-day weekend at the beach or at home with family, Sacred Hearts Academy’s Perseverance-Hope-Wisdom (PWH) Scholars headed out to the Saint Stephen Diocesan Center in Kaneohe for their annual retreat. The new scholarship recipients reported to the center on Aug. 15 following the school’s dismissal, whereas returning scholarship recipients were expected the following day.

The PWH Scholars Program along with the Augustine Educational Foundation work to provide scholarship opportunities to 70 students within four Catholic schools in Hawaii, 22 of which attend the Academy as of the 2018-2019 school year.

New scholars were expected earlier than returning scholars due to their unfamiliarity to the program, the extra day allowing them ample time to become accustomed with PWH traditions and program faculty.

“I really enjoyed the retreat. When I first arrived I was amazed by the scenery and the people I met were very helpful and generous,” freshman Dezaray Carter said. “I made friends with everyone on my floor and some (upper) classmen, too. I learned to be grateful for opportunities some kids could only dream of having.”

Carter along with her fellow new recipients played games, created lanterns, which were later used for night prayers, watched the movie “Spare Parts,” an annual tradition and discussed about growth mindset.

For returning scholars, in addition to meeting and mingling with the new scholars, they were have developmental discussions with each other.

All scholars were provided the opportunity to listen to speakers on various careers, such as, farmers, chefs, social workers, veterinarians, therapists and lawyers.

“The theme for our retreat this year was ‘Do Something,’ and I was constantly asked,  ‘what are you going to do?’; such a broad question evoked so many different answers from within me,” senior scholarship recipient Xavier Downey-Silva said. “I learned things about myself that I feel will aid me in my future endeavors.”

Downey-Silva along with fellow seniors, Dallas Martinez, Jasmine Matsumoto, Shaydee Afoa and Amelia Nofoagatoto’a, savored this retreat as it was their last one after four years of being with the program.

“Since this was my last retreat, I felt completely at home with my fellow scholars because I had the privilege of growing alongside them. The entire experience was uplifting, yet melancholy,” Downey-Silva said. “All of us scholars have received the amazing gift of education, which has greatly impacted our lives in such an unexplainable and astonishing way. Due to the support and loving family system that is PWH, we will mature to become successful and philanthropic members of the society. Overall, this program has taught me the value of education, the beauty of generosity, and the need for more compassion in our world.”