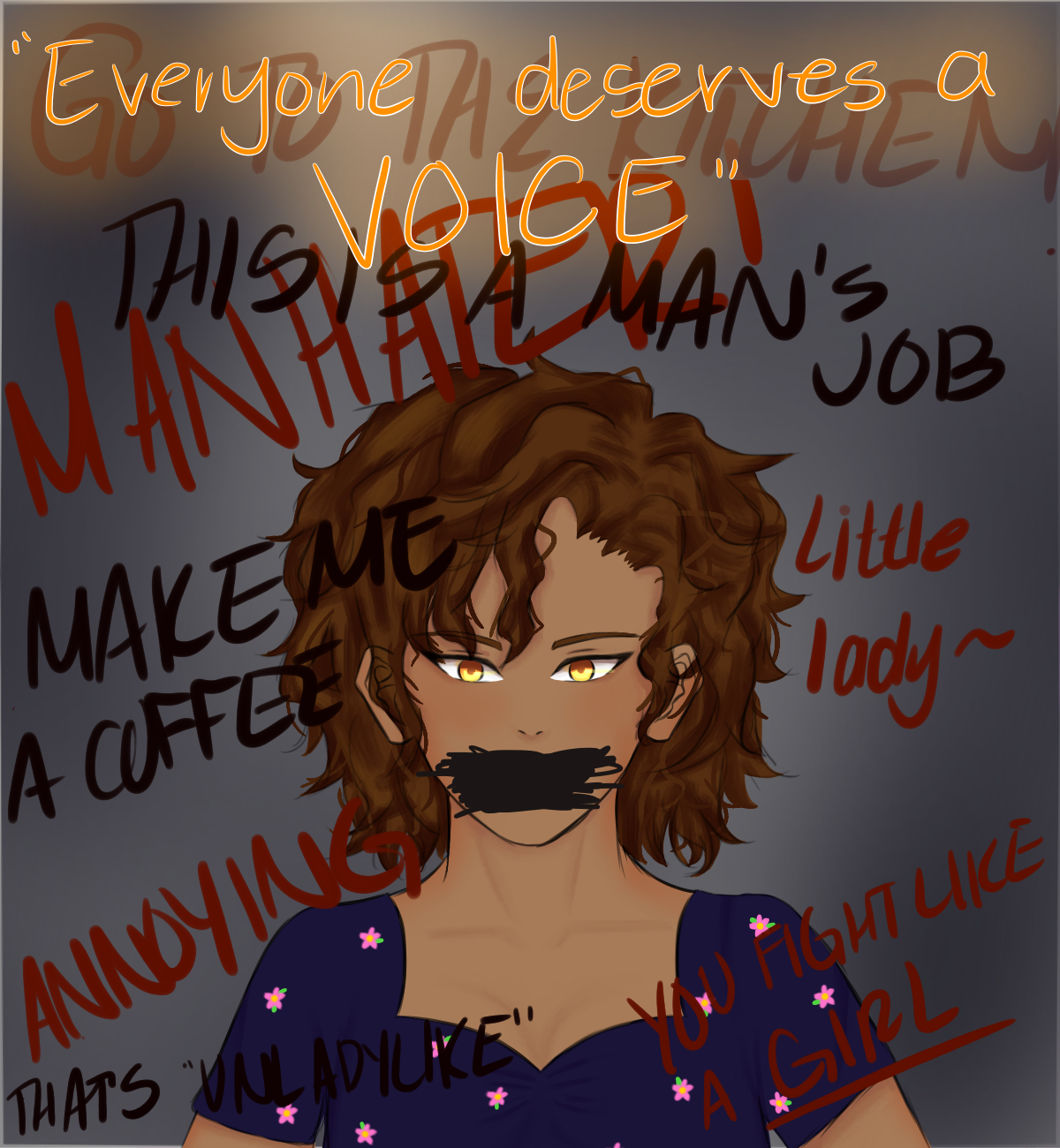 Feminism is a confusing topic that inspires, enrages or baffles people.

The term is often used as an attack against women who may be perceived as strong or stubborn. On the other end of the spectrum, “feminism” can be a term used as a rallying cry for the women who frequent protests and the political arena.

But what does it mean for the average person, who might not want to choose between the two extremes?

“At its core, feminism is about equality and dignity,” said Sacred Hearts Academy teacher Jill Sprott, whose courses focus on gender and feminism. “Feminism questions what has, for too long, been assumed to be ‘natural.’ For instance, woman’s inferiority to man (or) woman’s imperative to behave ‘like a lady.’”

A common misconception about feminism is that it only refers to women who hate men or believe that the world would be better without men.

This overused complaint stems from the toxic portrayals of feminism that the current generation of “millennials” grew up with. Movies like, “Mean Girls,” portray petty heroines with simple interests. Despite the influx of positive female role models in movies, such as “Hidden Figures”–a historical movie documenting the lives of three African American NASA scientists–many people are still skeptical about feminism.

“I think a lot of people are afraid to be labeled ‘feminist’,” Academy senior Jenelle Ho said. Ho defends gender equality through an ongoing photography project featuring different forms of feminism. Yet, Ho said she still feels uncomfortable defining herself as a feminist due to the many misconceptions surrounding the label; a label that has also been used as a marketing strategy to target women.

After the Women’s March on Jan. 20, an influx of “feminist” products flooded the market. Calendars against the president, shirts proclaiming their support for equal rights and other objects that should inspire a sense of empowerment, instead reduced the sentiment to an empty promise. By using feminism to support consumerism, companies distort the true meaning behind the modern equal rights movement.

“Historically, as feminists tried to raise awareness and create a sense of solidarity, the rhetoric of ‘sisterhood’ emerged,” Sprott said. “However, though such a rhetoric was empowering, it was also limiting, in that it did not go far enough to foster a dialogue regarding diversity and multiplicity.”

Several historians believe that the founding principles of modern feminism began in the 1960s, when it was used to fight for women’s rights. This was known as “second wave feminism,” a movement that became widely popular, despite its lack of support for queer women or women of color. Echoes of this past era can still be found in today’s feminist movement, a fact that continues to divide people in the struggle for equal rights.

“Factors such as ethnicity and class converge with gender to create very different realities and experiences,” Sprott said. “To focus on gender alone is to neglect the more complex dynamics behind oppression and liberation.”

The acknowledgment of these different factors is one of the founding principles behind the concept of “intersectionality.” This word, coined by Kimberlé Crenshaw, a professor at the University of California at Los Angeles in the 1990s, recognizes that people are composed of many different identities and deal with varying levels of oppression.

Acknowledging this also means regarding discrimination as a multidimensional force. For feminism to have an impact on our society, we must target every form of oppression, whether that be sexisim, racism or homophobia. The knowledge of intersectionality has brought in a new period of “third wave feminism.” The current feminist movement aims to respect the different backgrounds, ethnicities and personalities of all people in an effort to bring equality to all.

How to be a feminist

To be a feminist, you do not need to know how to define “intersectionality.” You also do not need to be an intense freedom fighter. With all the different terms and definitions, it is easy to get confused about what feminism means. In many ways, these different labels are separating people instead of bringing them together.

“It’s also a misconception to believe that only women can be feminists,” Sprott said. “Feminism is not about putting down men or elevating only women. It is about believing that everyone deserves a voice and being committed to working toward equality and dignity for all humans.”

There is no way to spot a feminist; no obvious look or style. Anyone, regardless of gender, ethnicity or sexuality, can be a feminist. You merely need to support others’ right to decide for themselves what is best for their lives and bodies. Feminism is the first step we must take to reaching equality on all levels of politics, careers and society.

To bring about the social change that is at the heart of the women’s marches, we need to do more than sell feminism. We need to start at the very basic level of accepting the people around us for who they are, without being influenced by negative preconceptions fueled by media sources.

“Twilight” is an example of a movie that portrays the heroine, Bella Swan, as a mere love interest that possesses very little character development or personality traits.

“Feminism has made it safer for people to be who they are,” Academy senior Katherine Christian said. Christian has been a member of the Academy’s Feminist Club for three years and the Speech and Debate captain for two years. Christian says she uses intersectional feminist beliefs to bring attention to the fight for equal rights for nonbinary, genderqueer and transgender people.

Modern feminism calls people to bring an intersectional approach to their life and way of thinking. We are multifaceted creatures whose gender, ethnicity or intelligence cannot define who we are or how we interact with others. Acknowledging those facts about ourselves can also help us develop a mindset that encourages diversity and acceptance of others.

“It is my hope that every student at the Academy knows her worth,” said Sprott about the all-girls private school in Honolulu. “If she does, then she has the power to transform the world because she will not compromise when it comes to standing up for herself and for the voiceless.”

An all-girls school, like Sacred Hearts Academy, is perhaps the best place to learn about feminism. Students have the opportunity to put misconceptions to rest and instead learn to embrace their differences.

“The Academy isn’t a charm school; it is a place where the mascot carries a lance,” Sprott said. “We are called to be warriors in pursuit of truth and goodness. How is that not feminist?”