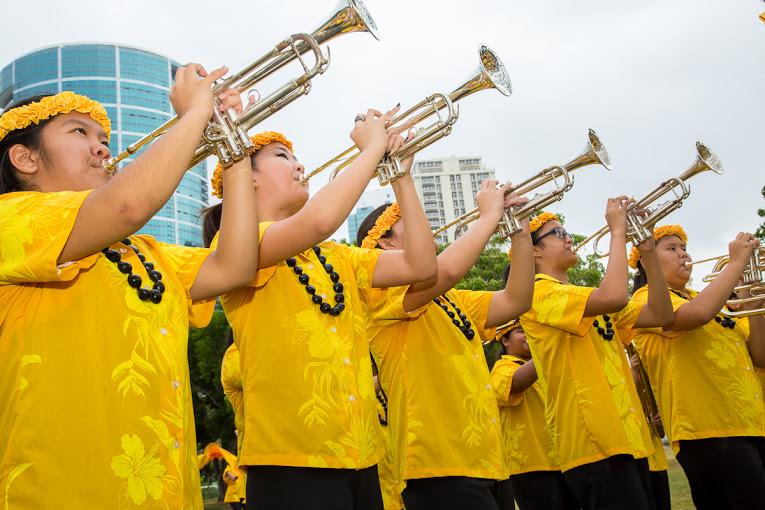 The band was one of 14 in the parade.

The Academy band has 95 musicians and eight members in the color guard, led by Director Keith Higaki with Drum Major Jamie Suh and Color Guard Captain Lauren Nagamine. It is the largest all-girls marching band in the United States.

For Suh, the parade was a new experience.

Suh said, “It is an experience I will never forget because it was the first time I was the drum major.”

Higaki said, “I feel great pride and joy seeing and hearing my students perform with such a high level of quality and excellence after just barely two months of work. Especially for the eighth graders, who have just one year of experience in Beginning Band from the previous year, they have grown so much in such a short amount of time to be able to perform with the older, more experienced girls. I’m also very proud for our girls when wherever we perform the audience responds with such enthusiastic cheers and applause.”