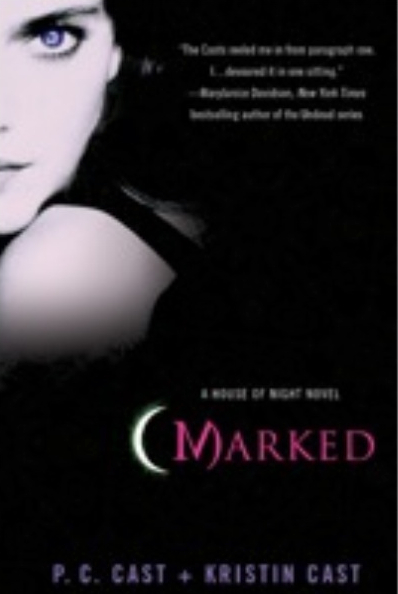 “Marked” is the first book in “The House of Night” series. It is written by P.C. Cast and Kristin Cast.

“Marked” is about 16-year-old Zoey Redbird who is marked to become a vampire. When this happens, Zoey’s life promises never to be the same.

Zoey is forced to move to the House of Night, a place for new vampires to train.

At the House of Night, Zoey meets her mentor Nefret who will help Zoey through the transition. She also meets her roommate, Stevie Rae, who gives her someone to confide in.

Through Stevie Rae, Zoey meets and becomes friends with Damien, Erin and Shaunee.

Although she has made friends in the House of Night , Zoey begins to miss her friends and family whom she had to leave behind.

What makes it even harder is that she is not a regular vampire. Zoey has a special marking that shows she will be a powerful vampire.

Each vampire is blessed with a gift from the goddess Nyx. Zoey’s gift is  the ability to call on  the four elements of earth, wind, fire and water.

At the House of Night Zoey has to take over the Dark Daughters,  a club that only chosen people can join, because the current leader is abusing her powers.

Zoey is apprehensive about taking this position and has to rely on the support of her friends, but she faces unexpected problems. People also are not who they seem to be.

Will Zoey be a better leader and accept the fact that she isn’t a normal vampire or will she break down?

This book will have readers wanting to know if Zoey will overcome the challenges that come with such a powerful gift.

“Marked” is recommended for older teens because of some of the violent scenes throughout the book.