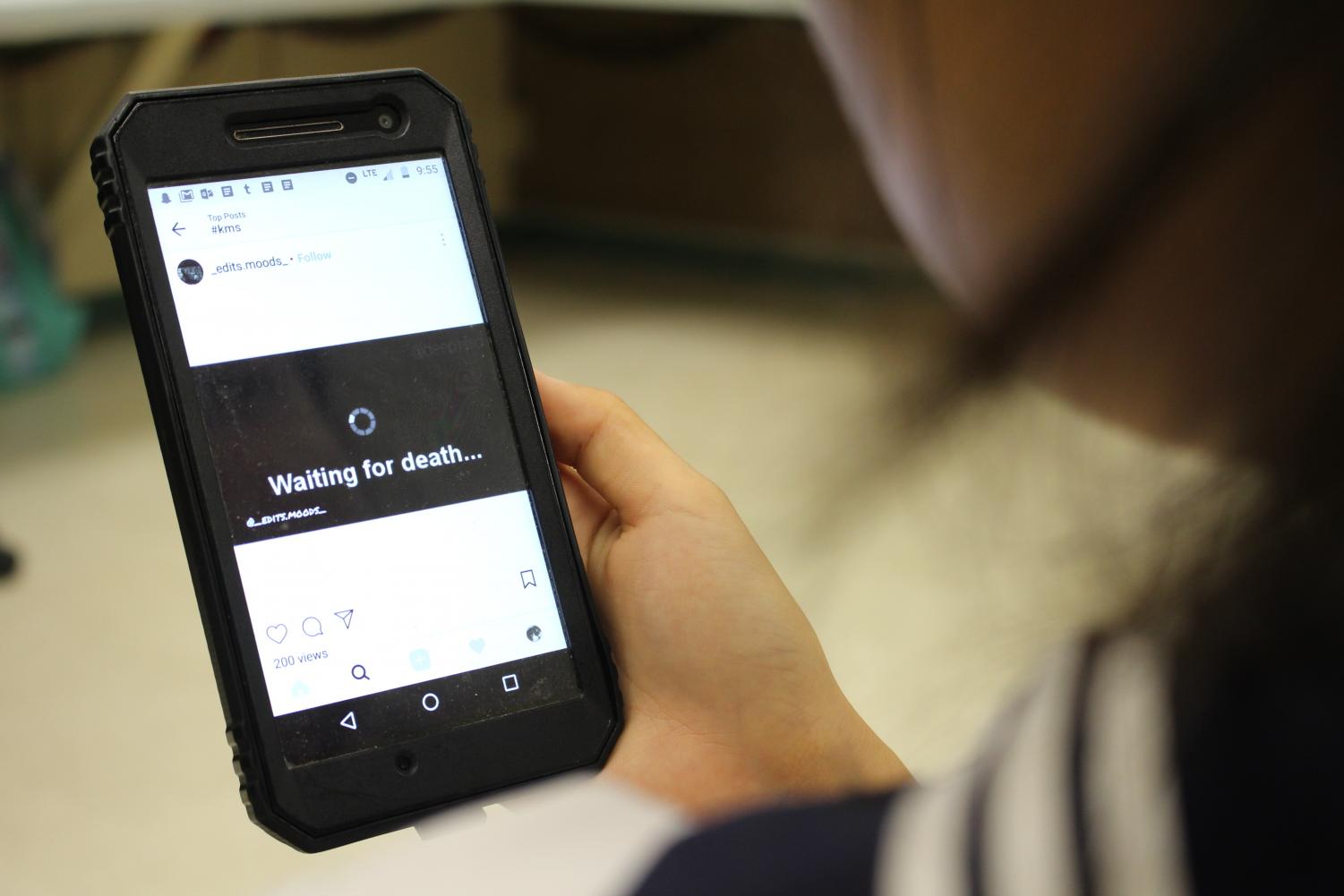 Oftentimes, in my classes, it’s not uncommon to hear self-deprecating comments casually tossed around by students. “Just kill me now” or “Somebody shoot me” might be the typical responses blurted out after taking a difficult exam or being assigned a big project.

Most teens will argue that these comments are mere jokes that shouldn’t be taken seriously, but to those unfamiliar with such morbid humor, these statements seem like a cry for help. The sad truth is that these have become so commonplace for my generation–the infamous Gen Z–and it’s time these remarks stop.

“It’s actually kind of scary, if you think about it, because if someone was really serious about killing themselves, we’d never be able to tell,” Sacred Hearts Academy junior Rebecca Meyer said. “Hearing it has become second nature for us, so we overlook (the remarks).

Junior Sally Do is against this way of thinking and suggests that societal pressures might be why students resort to comments that brush off suicide.

“The jokes started in high school when we felt the most pressure (to start looking into colleges). We had to make sure everything was perfect,” said Do, referring to the task of building up resumes and earning good grades.

As a high school junior at a college-preparatory school, I couldn’t agree more with Do. Trying to balance extracurricular activities, like band and student council, with honors classes is a lot of work. Add to that the declining college acceptance rates and rising costs of living, and I, like my peers, turn to a similar morbid humor. It’s almost as if it has become a comforting measure, and it frightens me every time.

Then there’s social media, which puts a different type of pressure on teens; a pressure to have the most likes on a post or a pressure to look and act a certain way. Social media is also where my peers and I are exposed to this dreadful humor we have become guilty of mimicking. How is “liking” a post that makes death a laughing matter ever OK?

In addition to societal pressures to succeed and to be like the next person on social media, tragic events that happen everyday across the globe have also desensitized us to such cynical humor.

My generation has been exposed to terrorist attacks, school shootings and corruption in the higher power. Sadly, hearing about such events have almost become the norm for us, as we grow numb to their daily mention on TV or on the internet.

For me, it started in the sixth grade, when I recall receiving real-time updates via social media about the Boston Marathon bombing. In the seventh grade, my teacher discussed the Charlie Hebdo shooting and what would happen if we were placed in that situation. Then, in the eighth grade, I watched as terrorist group Islamic State of Iraq (ISIS) beheaded an American journalist.

“I think (such events) have caused a lot of anxiety among our youth,” Academy counselor Anna Miyashiro said. “Parents are scared, and therefore, their children pick up (on that) stress. We’ve always had tragic events, however, with technology, you become afraid faster since the information gets to you quicker.”

Still, with the constant burden to be the best and the tragic world we live in, junior Aiyana Arnobit says the self-depreciative comments are just teens, being teens.

“Obviously mental health is a serious issue, and you should pay attention, especially with someone who has had previous issues with suicide or depression,” she said. “But (these remarks) shouldn’t be taken seriously.”

While it might just be a joke to some, teenage suicide is on the rise. According to National Public Radio, the suicide death rate has tripled over the past 15 years, not including suicide attempts.

San Diego State University psychologist Jean Twenge labels my generation as the iGen generation, due to technology’s overpowering presence in our lives. Twenge suggests that cyberbullying, fear of being left out and extensive use of smartphones make iGen a darker generation.

“Teens are much more likely now than they were just five years ago, or seven years ago, to say that they are anxious and depressed and thinking about suicide,” Twenge said.

The Academy’s counselors are aware of the situation and say that the topic is not something that should be taken lightly.

“When you repeat something so many times, it starts to reflect reality,” Miyashiro said. “Switch the negative mindset to a positive one. Instead of thinking, ‘I’m a failure’ (or) ‘Kill me now,’ just tell yourself…I’ll do better next time.”

Positive thinking will not just happen in one day, she says. Instead, Miyashiro suggests students start replacing those pessimistic thoughts with supportive ones or find other ways in pushing away those thoughts.

“If you are in a stressful moment, then talk to someone, like a friend or a counselor,” Miyashiro said. “(You can start to) journal, get your thoughts out, but don’t get into a habit of repeating (dark thoughts) because that’s how you start to go down a bad path.”

Positive thinking is challenging, especially in the pessimistic world we live in today, but it’s not impossible.

I’ve since learned to turn those thoughts of darkness into light–with journaling, drawing or reading a book. These simple activities allow me to express myself in more positive ways; ways that help remind me that, however challenging life may seem, it’s never OK to mock death and suicide.