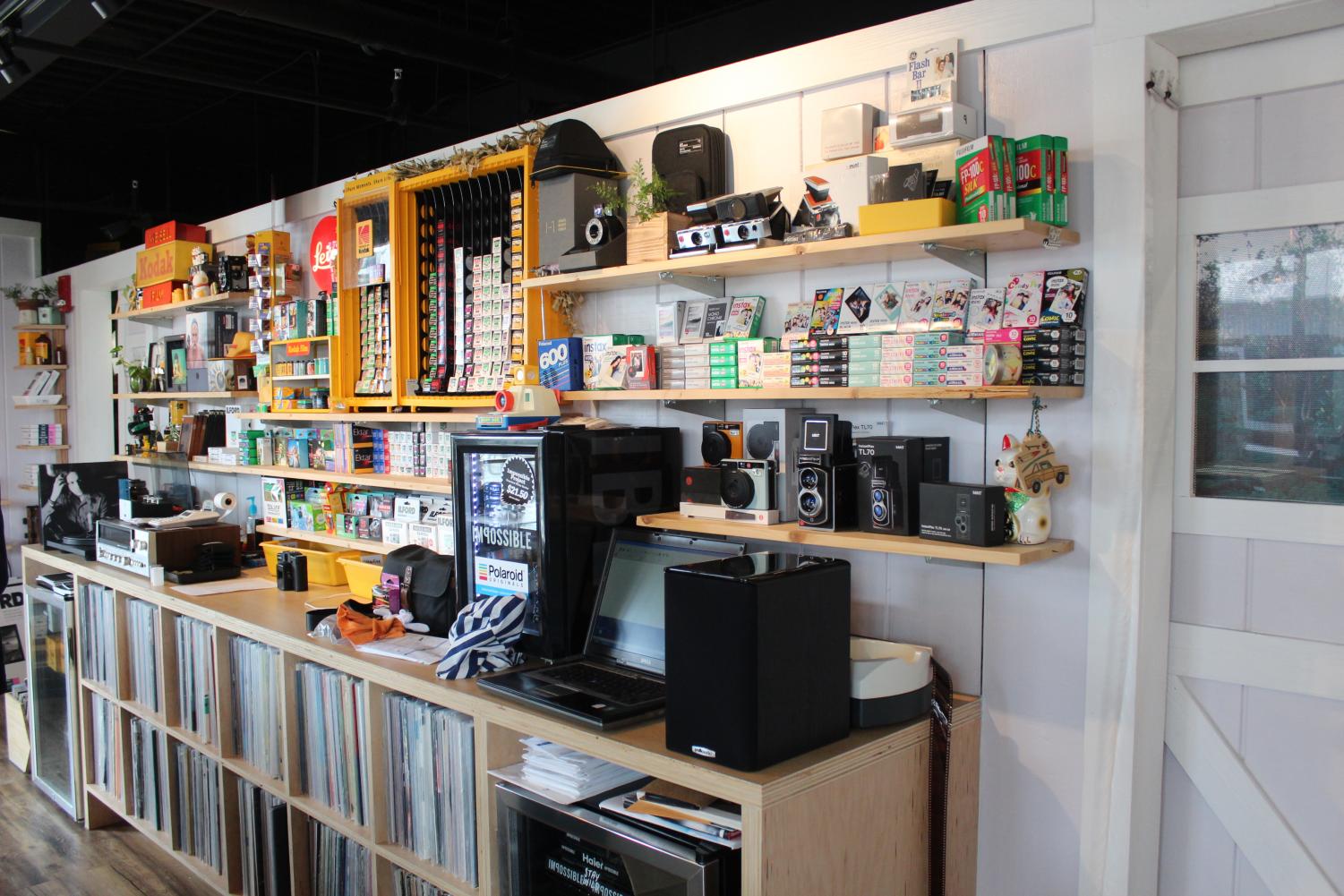 Punk rock music being played on a record player can be heard by those walking down Auahi Street in Kakaako. That’s because it’s coming from a photography shop called Treehouse, which brings a hipster vibe and antique aesthetics to the world of film photography.

The shop offers customers the ability to have their red light film processed. They are also able to recreate films and photos using antique cameras.

Initially starting in 2012, owner Bobby Asato opened the store as an arts and crafts area. After having kids, he wanted them to find ways to express their creativity without using modern technology.

With that, he introduced photography to them and started carrying around toy cameras. As this progressed, his business was brought to local school programs. He is currently the main local supplier for paper, film and cameras for universities and high schools.

Treehouse gets its antique cameras through online shopping and is also bought locally from a community of former and current filmmakers. In addition to the cameras and photographs, Treehouse sells accessories and merchandise, such as graphic t-shirts, films and books.

The store offers services, such as film processing, scanning and developing. Treehouse carries a wide variety of cameras, including the 35 mm video format and every other system in the market.

Workshops are offered for customers such as the black and white processing workshop, or the Diana workshop, where people get to use the Diana medium format of cameras and capture a walk around the neighborhood. During the workshop, people can use a camera for up to a week to use on their own.

The walls in Treehouse are used as a showcase for photos taken by local photographers.

In November, the showcase wall featured the Deadbeat Club, which is comprised of photographers based out of Los Angeles. Photographers showcased included, Ed Templeton and Nolan Hill.

Workers at Treehouse, most of which are photographers themselves, hold an annual exhibit of their photos as well.