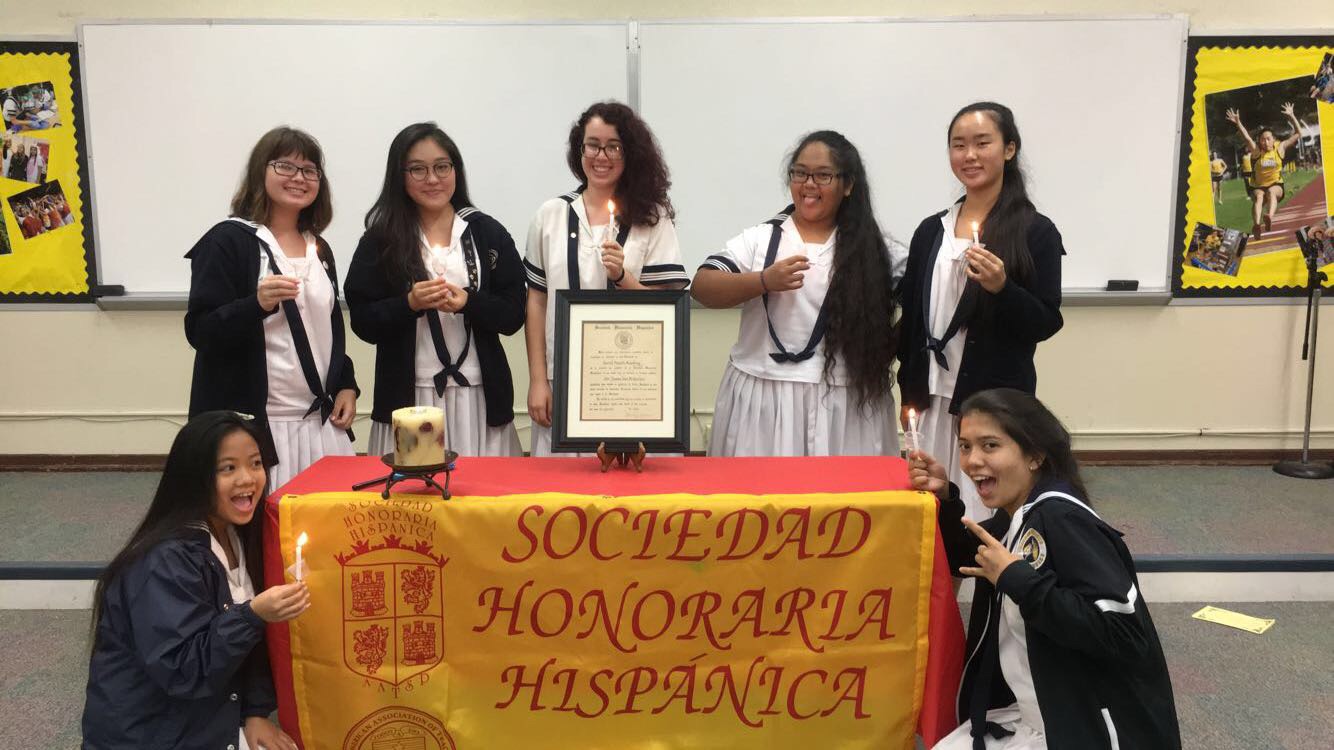 Seven Sacred Hearts Academy juniors and sophomores in the current Spanish III Honors class were inducted into “La Sociedad Honoraria Hispánica (SHH),” or the National Spanish Honor Society, on May 8.

The induction was led by AP Spanish and Spanish V students, who presided over a candle-lighting ceremony to initiate the new members

The goal of the society is to promote the learning and development of the Spanish language in the Academy community, taking on tasks such as arranging cultural days and working as tutors for other Spanish students.

Junior Taylor Victoria Rayray, who was inducted on Monday, is excited and hopeful for her future with the language.

SHH challenges its members academically and socially to integrate the Spanish language and culture into daily school life.

“To me, being inducted into SHH meant that I had an academic responsibility to push myself to  strive to learn more,” Rayray said. “Not only to go after what I know, but to learn the Spanish language, to integrate myself in their culture and heritage, then to share it with the world.”

Upon their initiation, the new inductees celebrated with returning SHH members with a potluck that brought smiles to all.