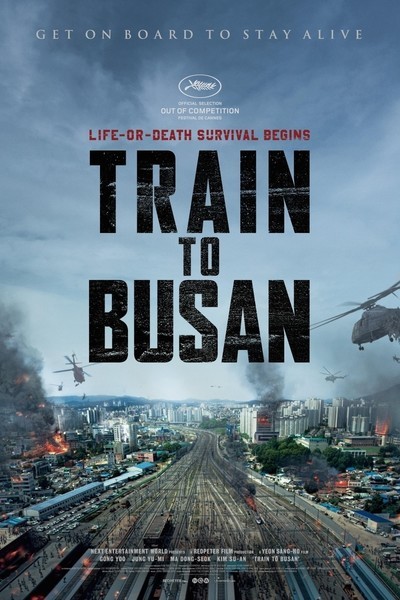 A normal trip to another city turns into a battle of survival in the South Korean film “Train to Busan,” as passengers become trapped on a train during a zombie outbreak.

Seok Woo (Gong Yoo) is a divorced fund manager, workaholic and a single father who has little time for his estranged daughter Soo An (Kim Soo An).

Wanting to make up for his lack of presence in her life, Seok Woo decides to take Soo An to Busan to see her mother for Soo An’s birthday. On the way to the train station, Seok Woo’s car is almost hit by first responders. Not paying much heed, Seok Woo continues to drive.

Boarding goes by without a hitch and the train leaves the station. When Seok Woo leaves to use the restroom, Soo An looks out the window to see one of the platform employees being tackled by an aggressive man.

While this happens, a wounded, disoriented woman leaps into one of the cars. She begins to convulse, which catches the attention of one of the employees. The employee calls for help, but is bitten by the wounded woman, who has turned into a zombie.

Seok Woo comes across the scene and watches in horror as the employee begins to shake. Her eyes become milky, and within seconds, she leaps up and attacks the passengers that are seated near her.

Chaos ensues as more passengers become infected, causing paranoia, fear and mistrust to develop among the passengers that are still alive. The survivors all congregate in train cars closer to the front of the train and must figure out how to deal with the current situation.

Trapped between hostile humans and bloodthirsty zombies, Seok Woo must protect his daughter and fight to survive on the train while the world falls apart around him.

“Train to Busan” is a heart-pounding, gut-wrenching thriller that leaves its viewers breathless. While containing action that is expected in zombie flicks, it also taps into the dark aspects of humanity,  presenting existential and moral questions that will haunt audiences long after watching it.

The variety of characters make it easy for viewers to become attached. There are many emotional moments in the movie, including character death.

Those who are put off by violence or moments of peril should refrain from watching.

“Train to Busan” is available for viewing on Netflix.