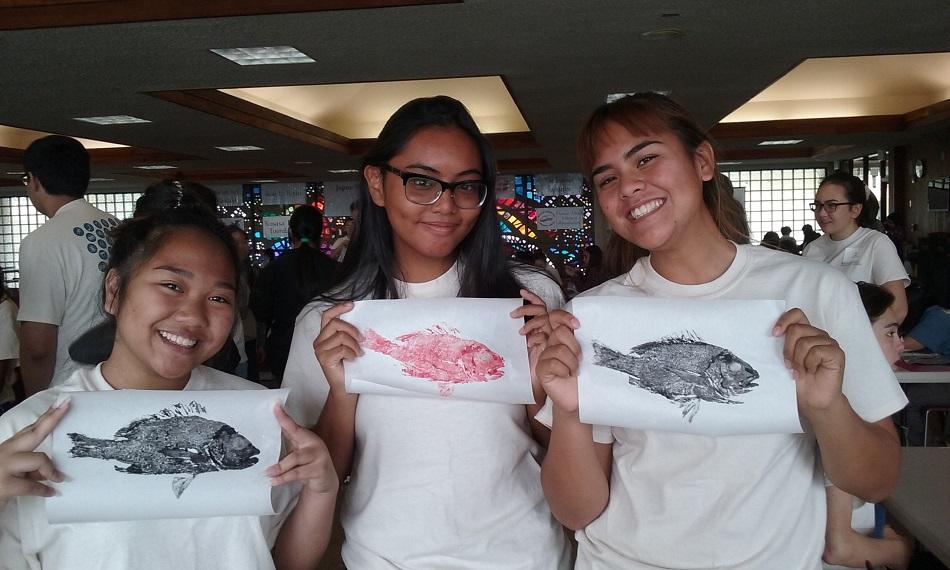 After a long week of school, most of my friends were looking forward to spending their Saturday sleeping in, with tests and quizzes far behind them.

For me, however, I was looking forward to waking up early and competing in a fun competition. As the captain of Sacred Hearts Academy’s Japan Wizard team, I was eager to test my knowledge of the Japanese culture, alongside my friends.

Japan Wizards is a competition hosted by the Japan America Society of Hawaii and quizzes schools on the Japanese culture, history and language. It took place on the Kapiolani Community College campus.

Because it was my first year, I didn’t know what to expect, in terms of competition and atmosphere.

When we first walked into the venue, I was shocked at how many schools were present. We pulled a random card to determine what time we would be competing and where it would be. They began the event with a few speeches from esteemed members of the association, as well as what we were competing for–a trip to Japan.

Our group was a part of the first of three sessions to compete. Although it was awkward at first to be in a room of other competitors, who were strangers to us, we eventually started talking, as if we had been long-time friends.

We were able to carry on through the 45-minute competition period, feeling confident in our answers and having the ability to pick ourselves back up even if we answered incorrectly.

Although we didn’t know all of the answers, we tried our best–even guessing a few correctly. And when we finally finished, it felt as if a huge weight was lifted off of our shoulders. We were able to smile after and feel proud for winning the most points within the group of schools in our room.

While waiting for the other sessions to end, various games and activities were held in the gathering room to entertain competitors. My team and I played games, such as flip the bottle and chopstick racing. This game required us to pick up as many beans and rice as we could (with chopsticks) in one minute.

A card game we learned to play was called “Hanafuda,” which uses nicely decorated cards. The objective is to earn as many points as one can by matching each card.

We also got to make fish prints on paper, called “gyotaku,” and origami crane envelopes. When we were playing Pictionary, we were able to make friends with even more people from other schools. By the end of the day, we met students from across the state, in both public and private schools.

After lunch, they announced the winners. We weren’t expecting to win overall, which we didn’t, but we enjoyed the experience, despite the loss. Seeing how many points the other schools won sparked motivation within my group to try harder next year.