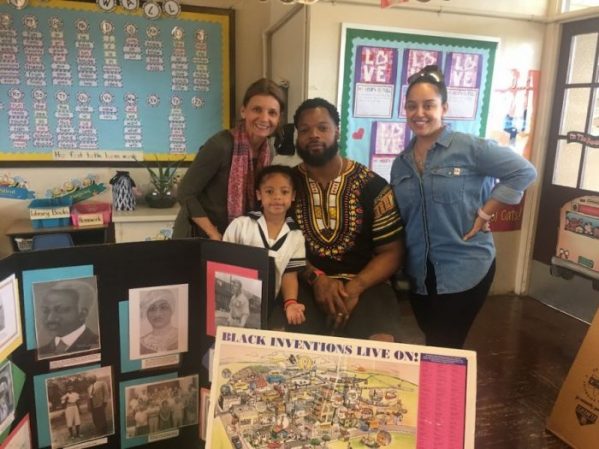 First graders at Sacred Hearts Academy celebrated the end of Black History Month last week, with the help of a professional football player.

Along with his wife, Michael Bennett also played games with the students in order for them to get an interactive learning experience.

The students got the opportunity to participate in a social experiment about fairness and share examples of notable black figures.

Black History Month started off as Negro Week in 1926 by historian Carter G. Woodson, along with the Association for the Study of Negro Life and History. Leaders of the Black United Students at Kent State University in Ohio prompted the week to become a month in 1969 and celebrated the month of February as Black History Month in 1970.

The proposition wasn’t officially recognized by the U.S Government until the United States Bicentennial in 1976.

Since then, many organizations and communities have celebrated Black History Month, sharing awareness about its cause.

Prislin and the first graders expressed their gratefulness to the Bennett family.