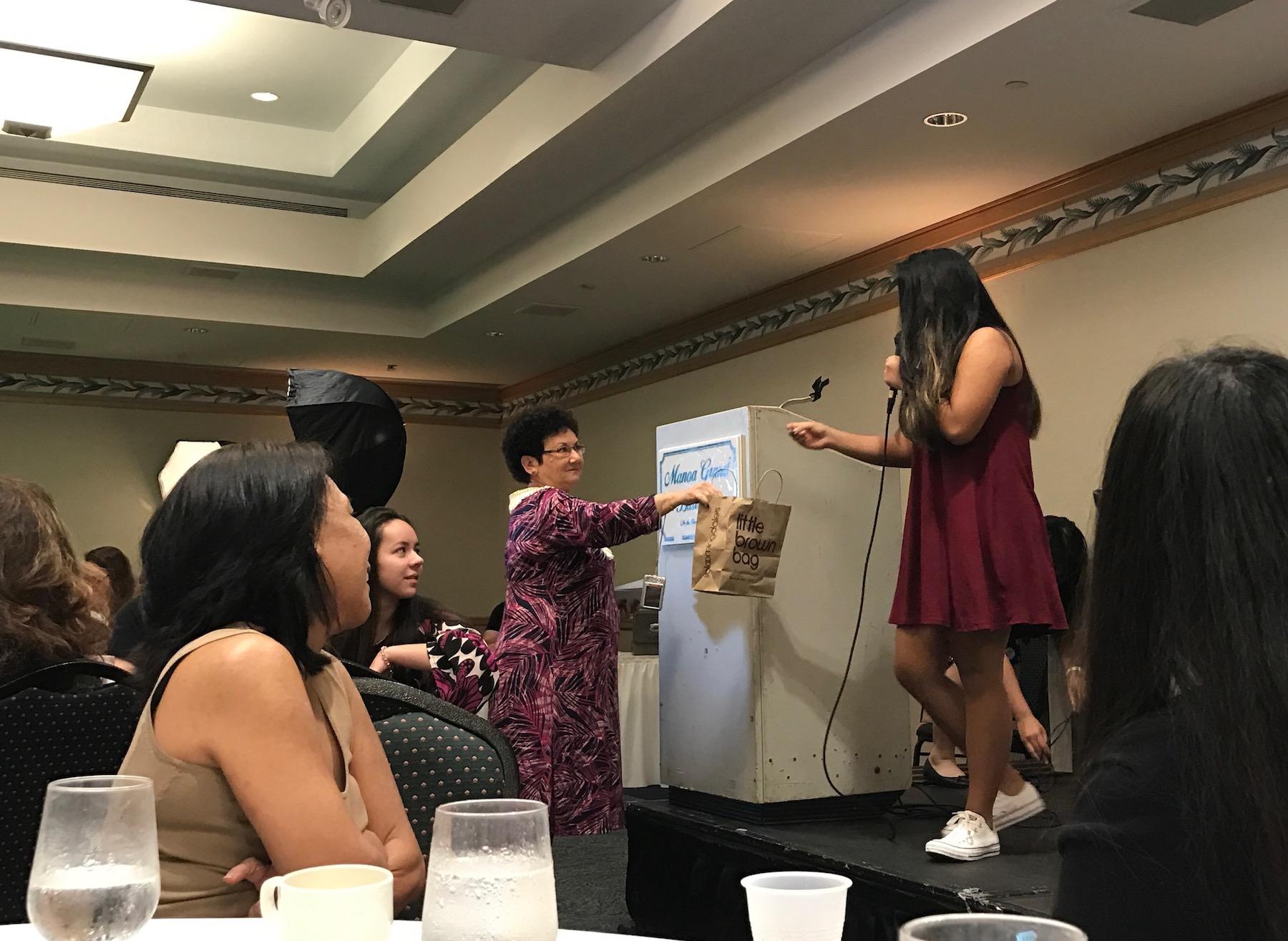 The Mother Daughter Luncheon is an annual event hosted by the freshmen class, celebrating Lancer moms at Sacred Hearts Academy. This year’s luncheon took place at the Japanese Cultural Center.

But what sets each celebration apart from previous years is the unique performances.

This year, there were four performances, along with an ongoing raffle. Freshman Rachel Javier sang “Defying Gravity” from the musical “Wicked,” while freshman Adeline Agustin had the audience in tears after presenting a heartfelt speech about her mother.

“I wanted the speech to be meaningful in a way that my own mother would finally know how much I cared for her,” Adeline said. “(Also) in a way that many other mothers and daughters could relate to.”

There was also a mother-daughter performance. Freshman Maria Enriquez and her mother performed “Count on Me” by Hawaii-born artist Bruno Mars. Enriquez played the guitar, while singing along with her mother.

The event was planned entirely by students, with freshman Kendra Torii taking the lead.

“I think the Mother Daughter Luncheon went really well,” she said. “The entertainment, speeches and food were really good. Also, the quality time spent with my mother and friends was enjoyable.”

After the event, some of the performers were approached by their classmates and mothers.

“I was really content on how the day went,” Faurot said. “I really liked how everyone seemed to be having a good time and enjoyed spending time with their moms.”