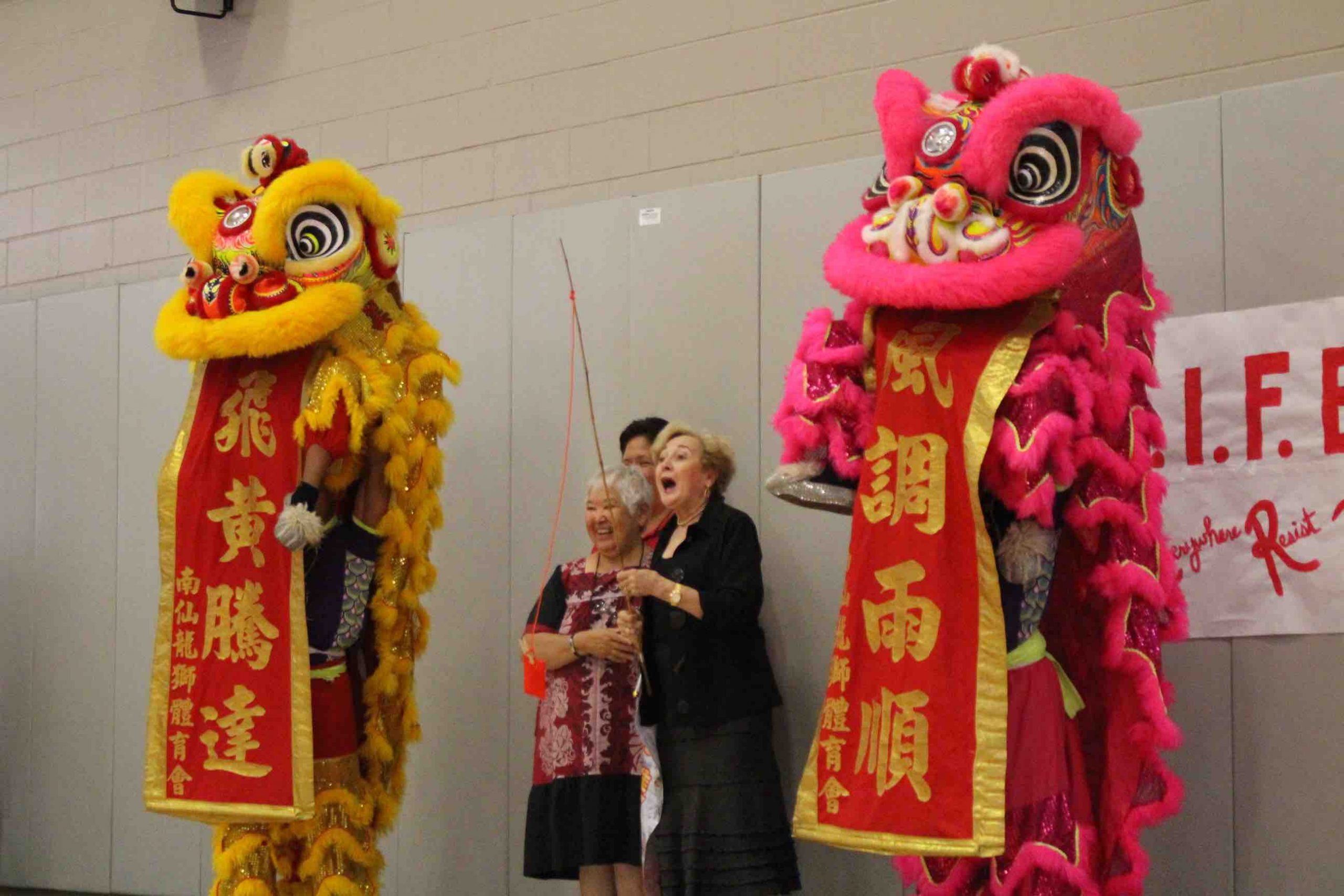 Ho is part of the Nam Sieng Dragon and Lion Dance Activity Centre and has been for the past two years. The tradition of lion dancing has been an integral piece to her family history for generations.

And while most teens might spend their weekends at the mall or at the beach, Ho is busy sharing the Chinese culture with the community. She does this both under the lion head and over the drums, as a dancer and a drummer.

Sharing the culture through dance

On Tuesday, Ho performed at Sacred Hearts Academy in light of the Chinese New Year. Awaiting the brightly decorated lion costumes to come out, students cheered on as the drums and cymbals began to beat. Teachers were smiling and clapping along to the drums, as the fluorescent pink and royal gold lions roamed the gym floor showing off their tricks and dances.

“I think it is really important that others see this type of performance because it can bring a mixture of cultures together, as well as (teach) something new (about) where lion dancing had originally come from,” Ho said. “It’s special to Hawaii…because they really believe in the blessings, good luck and prosperity that is given during performances.”

She attends two-to-three-hour practices every Saturday. Each practice focuses on everything from body posture and synchronization to hand movements while playing the instruments. Ho even practices at home on phone books or on her bed.

“Seeing other people enjoy the entertainment is worth the hard work,” she said.

Each lion dance performance honors the turn of the traditional lunisolar Chinese calendar. This year, the Chinese celebrate the year of the rooster, which is one of the animals in the Chinese zodiac. The rooster is believed to represent fidelity and punctuality.

Many communities around the world take part in this important Chinese holiday, by feasting on traditional foods and practicing conventional customs. Such customs include gau making and lion and dragon dancing.

Lion dancing is projected to represent courage, stability and superiority, Ho said. It is also believed to not only chase away evil spirits, with the loud consistent drumming, but bring good fortune and blessings as well.

Many households or businesses will place bowls of fruit outside of their doorsteps as offerings to the lion. They might also leave red envelopes filled with money. The lion is to “eat” the offerings, Ho explains, demonstrating the symbolic act of blessing the lion.