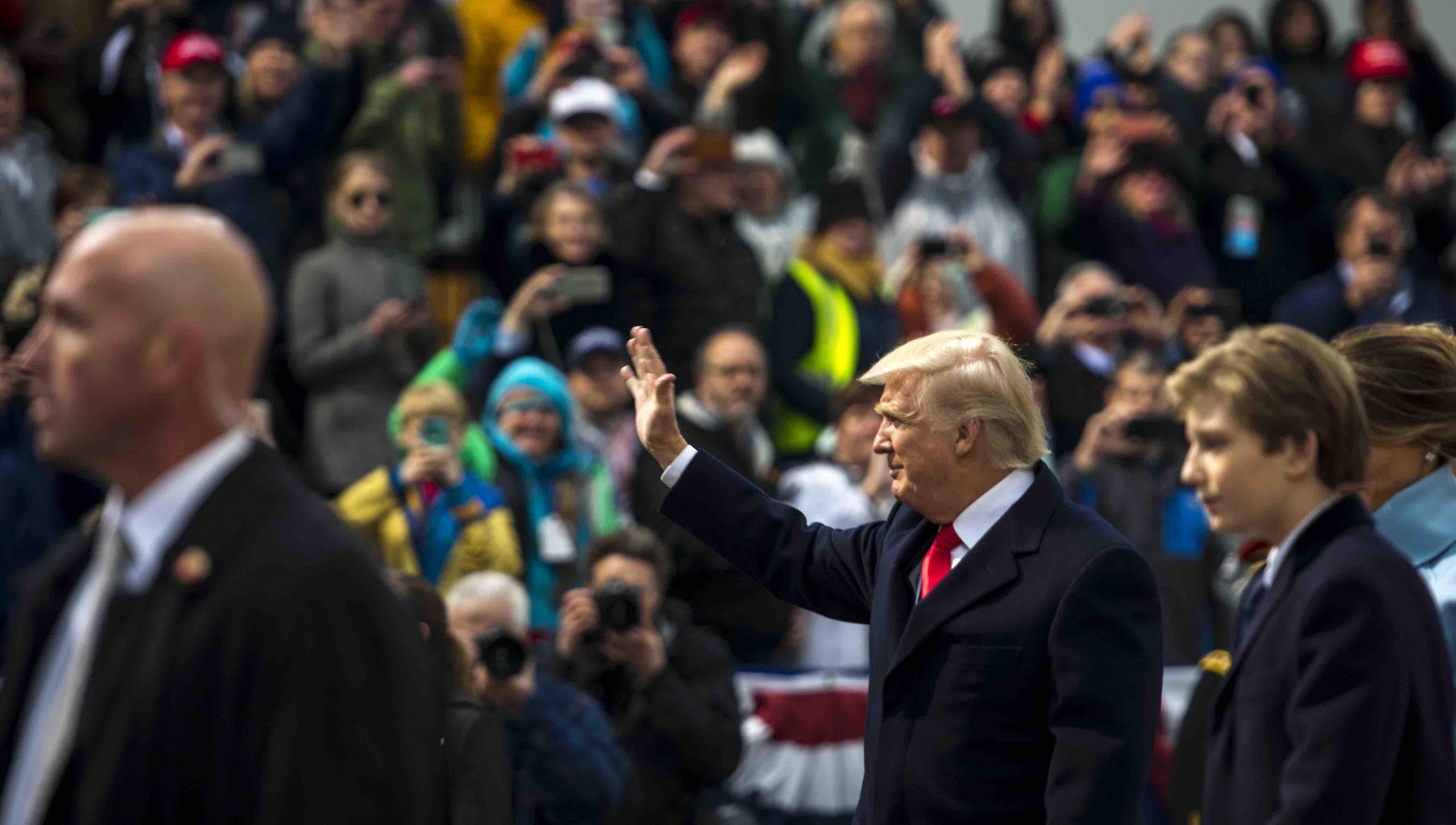 President Donald Trump is making good on his campaign promises. Following his inauguration, which drew national attention for its seeming lack of attendants, Trump made quick work of starting on his lengthy agenda as Commander In Chief.

He has confirmed to move forward with the development of the Dakota and Keystone XL pipelines.

During his administration, President Barack Obama stopped the proposed Keystone XL Pipeline project, which would have run from Canada to Nebraska. While in North Dakota, the Army Corps of Engineers denied the construction of the Dakota Access Pipeline late last year, with the support of the Standing Rock Sioux tribe. Both pipelines were said to have major environmental implications and threaten the drinking water of millions of people.

Trump has also signed orders provisioning the pipelines themselves to be built only in the U.S.

Trump wants to put a tariff on Mexican imports to pay for the border wall, and the Mexican president wasn’t happy about it.

On Wednesday, Trump signed an executive order at the Department of Homeland Security, paving the way for building of the border wall, the construction of which he hopes will ensue “within months.”

To fund this, he proposes a 20 percent import tax on Mexican goods. This recent announcement created tensions between the U.S. and Mexico, causing Mexican President Enrique Peña Nieto to cancel his first meeting with Trump to discuss Republican demands that Mexico pay for the wall.

Also on Wednesday, he ended government funding of sanctuary cities and sites, which do not report undocumented immigrants, and ended the policy of “catch and release,” under which “some immigrants are released from detention, while they await a hearing with an immigration judge,” according to TIME Magazine.

He put a freeze on federal hiring.

Many are criticizing this controversial move, arguing that it will “(decrease) service quality” of federal services and increase costs for the taxpayer; it forces the government to hire more expensive contractors to complete jobs that civilians previously did.

It is the second of six measures Trump plans to take to “clean up the corruption” in Washington, D.C.

One of his first actions in office, completed not more than seven hours after his swearing-in ceremony, Trump signed an executive order for the repeal of the Affordable Care Act and plans to replace it. This is pending the confirmation of his Secretary of Health and Human Services.

Trump may not completely change the Act, however. In his meeting with Obama in November, he mentioned that he liked two of its provisions: the ability for young adults to stay on their parents’ insurance until the age of 26 and the prohibition of insurers discriminating against people with pre-existing conditions.

Since 1984, the policy, whose provisions allow for government funding of institutions that perform abortions, is one that drifts between annulment and establishment with the changing of presidents. It is usually enacted during Democratic administrations and revoked by Republican ones.

Trump signed the order on Jan. 23, a day after the anniversary of the 1973 Roe v. Wade Supreme Court decision that legalized abortion, which is traditionally when new presidents take action on the regulation.

He has signed an executive order on immigration that elicited strong reactions.

Trump’s most recent executive order blocked the citizens and refugees of seven countries, which are predominantly Muslim, from entering the United States for 90 days: Iran, Iraq, Libya, Somalia, Sudan, Syria and Yemen.

In addition, it suspended all refugee admission into the country for 120 days.

Upon its signing, citizens of the seven countries, which included visitors as well as permanent U.S. resident green-card holders, were stopped at airports in the United States and abroad in places such as Cairo and Dubai. Some were sent back overseas and denied entry to the U.S.

This action in particular has sparked a tremendous reaction from the American people, including from Pres. Obama, who has endorsed protests of the executive order. Another vocal opponent of the immigration order was Sally Q. Yates, the acting U.S. attorney general, who was fired “just hours after she defied [Trump].”