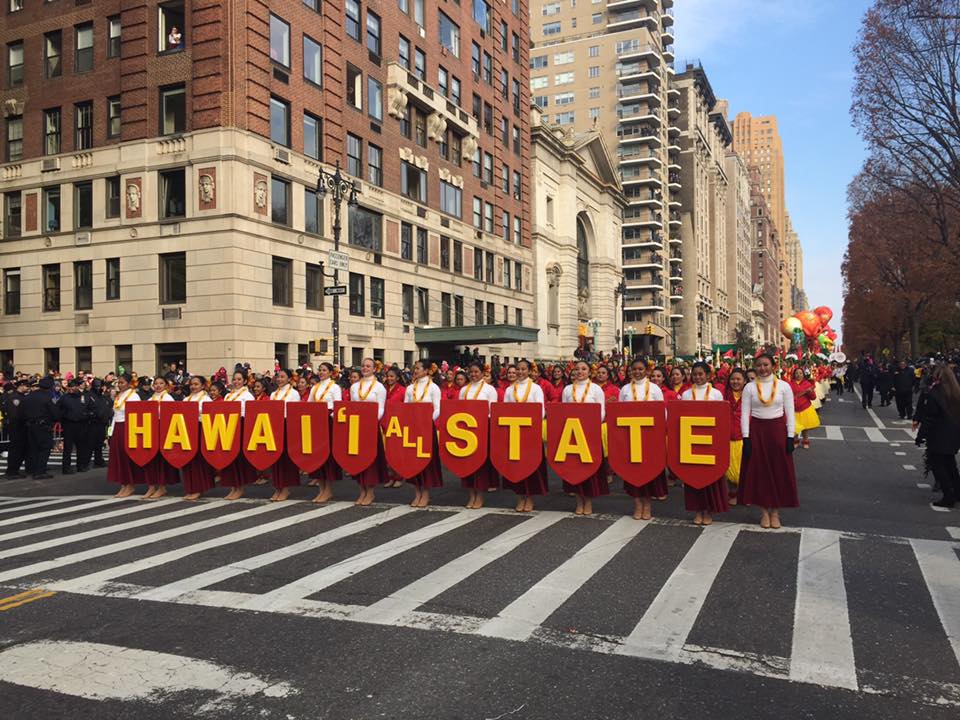 While waiting in a long line of parade participants, I watched as unique attractions got their cue; their cue to begin walking into a chilly New York City, greeting Macy’s Thanksgiving Day Parade goers with festive spirits.

I was part of a group of Sacred Hearts Academy students participating in the annual parade. We had been practicing with the Hawaii All State Marching Band for months, eager to take part in this once-in-a-lifetime experience.

Around me, everyone was excited, socializing with friends and taking pictures. But you could still feel the nerves. And the instructors must have felt them, too, as they were walking around, hyping up the eager group of high school students.

It was finally our turn, and I was even more excited and nervous than before. As we passed the beginning of the crowd, I cracked a smile and waved. A few more blocks, and I was starting to get into the groove, shouting “Aloha!”

I felt proud to be able to share the aloha spirit in this way. Some from the audience waved back, while others looked confused. Maybe they didn’t know what a shaka was.

For the most part, the parade went well, but I did experience some challenges. Marching in a straight line was a bit difficult because everyone was busy waving and interacting with the crowd. Not to mention, it was cold!

After reaching the “no play zone,” as it was called, everyone anticipated the start of the NBC performance. This was when we would be broadcasted on national television. As soon as we reached this area, everyone started panicking, while attempting to find their places. Fortunately, however, the chaos only lasted a few minutes.

A few seconds before the camera crew started filming, we were wishing each other luck. And as we began to play, all I could think about was my music and the different hand gestures we were instructed to do.
Everything seemed to happen in a flash, and when we finished, we were left speechless. In that moment, I wished I could do it again, but at the same time, I was exhausted. Looking back today, however, I would definitely want to take part in the parade again. It was an experience I will never forget.