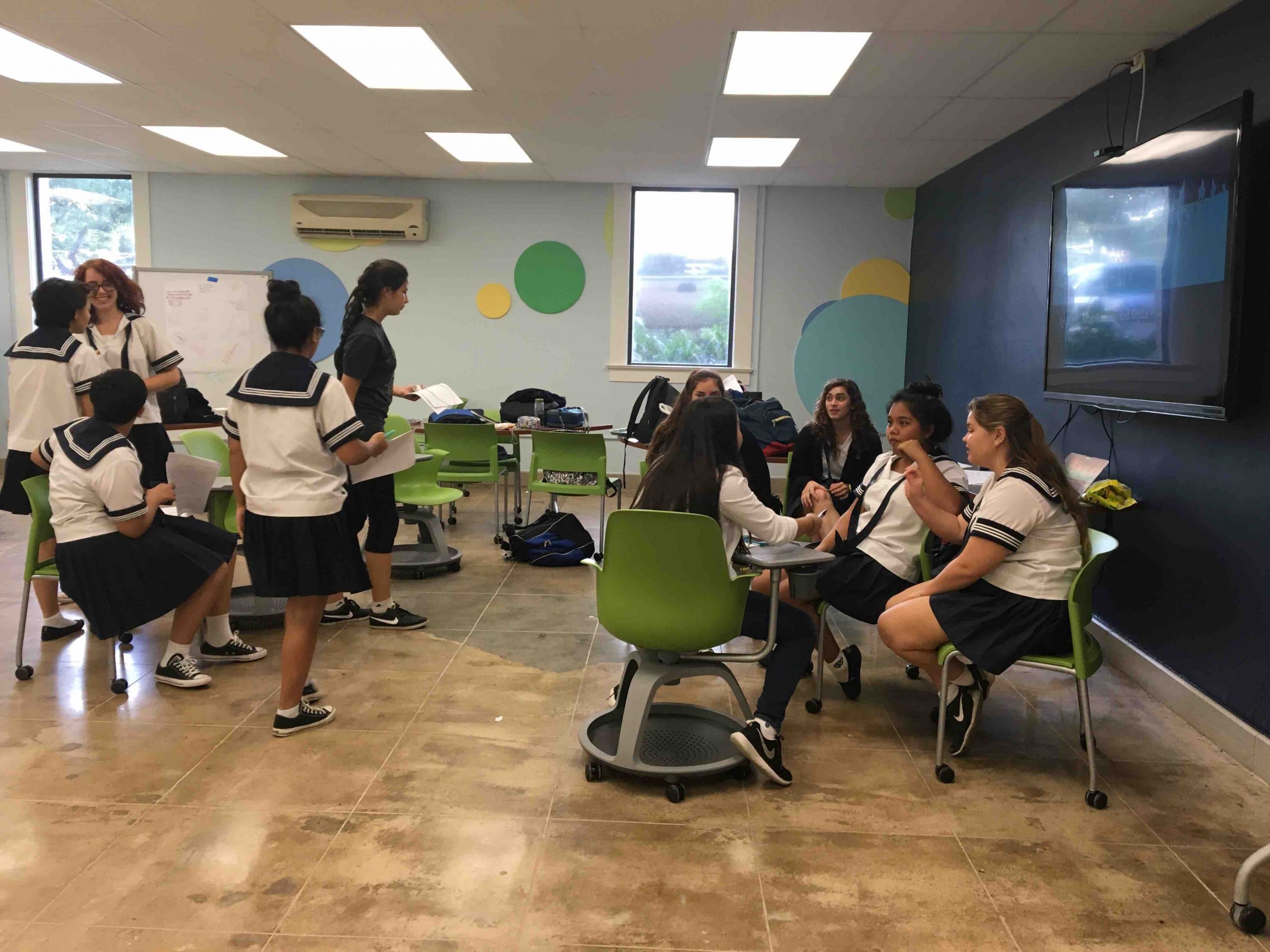 The camp brought together both the seniors taking AP Government and juniors taking AP United States History (APUSH). Through a collaborative effort, the seniors taught the juniors about the U.S. Constitution in a fun and educational way. Various interactive stations were set up throughout the school’s high school library. At each station, seniors discussed a different aspect of the Constitution.

Senior Tiani Quon said, “I just hope that (the juniors were) able to understand the lesson and…walk out of the camp feeling confident about the subject that we teach them.”

Quon believes that this camp will benefit the juniors because it is sometimes easier to learn from peers, she said, particularly when it is in a casual learning environment.

Despite being called a camp, the event took place after school and finished during the early evening hours. Students enjoyed pizza and each other’s company.

“I wanted the AP Gov students to jump in and really practice working with the Constitution in a way they have not before,” Adkins said. “I want them to be active learners (and) not passive learners.”

Adkins decided to offer this camp during his second year of teaching at the Academy. He said it can take up to two weeks for history teachers to teach the Constitution; time that he could not sacrifice, with so much information already being taught to his AP students during the school year. Thus, the camp allowed for a more expedited way to teaching this important U.S. document to the juniors, he said.

From a junior’s perspective, Pamela Lino said, “I was excited for this camp because I got to learn about such an important document…in a unique way, which was from students who were in the same position I am in last year.”