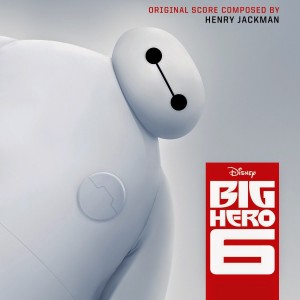 “Big Hero 6” is an animated movie set in a futuristic world that is a mix of San Francisco and Tokyo.

The movie focuses on Hiro Hamada (Ryan Potter) who is a teenage genius. Tadashi Hamada (Daniel Henney), his brother, is attending college at San Fransokyo Institute of Technology. He and his brother have been raised by their Aunt Cass (Maya Rudolph) because their parents have passed away.

Hiro participates in bot-fights which are fight with robots that participants create. Winners of the fights win all the money that people bet. When Hiro’s brother finds out that he is participating in these fights, he scolds him for using his abilities in this way.

When Tadashi takes his brother to school to show him what he can do with his knowledge and talent, Hiro meets Tadashi’s friends GoGo (Jamie Chung), Honey Lemon (Genesis Rodriguez), Wasabi (Damon Wayans, Jr.), Fred (T.J. Miller) and Baymax (Scott Adsit), a robotic inflatable nurse created by Tadashi.

At San Fransokyo University a fire erupts after a science fair. Tadashi realizes that a professor whom he admires is caught in the fire. Although Tadashi goes back into the burning building to save him, he does not make it out alive.

After the death of his brother, Hiro figures out that his brother’s death was intentional. Hiro makes it his mission to bring justice to those who deserve it.

Hiro enlists the help of Baymax and Tadashi’s friends to solve the mystery of his brother’s death.

Will Hiro and his friends be able to find justice for his brother’s death? Will he ever learn the truth?

“Big Hero 6” is recommended for ages five and up because of some intense action scenes.