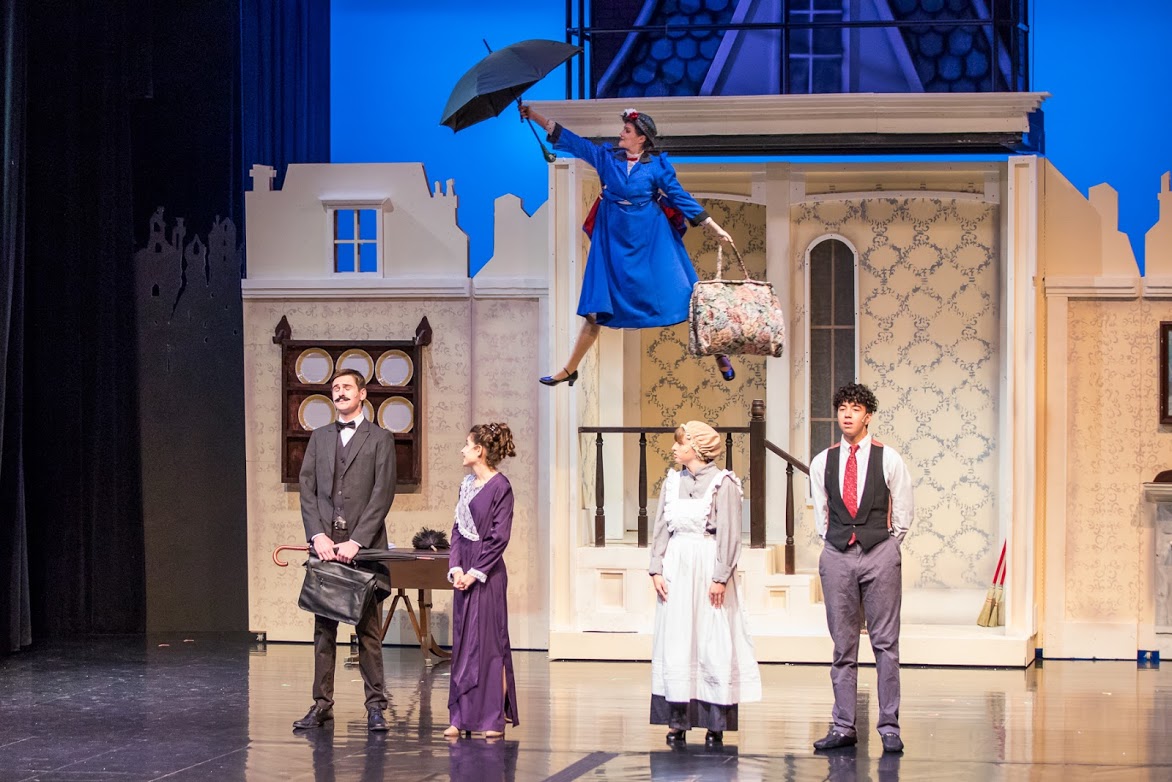 The musical, a stage adaptation of a classic Disney movie, features more than 25 Academy students and 12 male performers from Saint Louis School.

“Mary Poppins is ‘magic’ and not necessarily a sweet nanny,” Stone said. “She is very opinionated and has a lot of mystery, so it was fun to play with the different levels of acting.”

Stone has appeared in many school productions, including the lead in “Alice in Wonderland.”

The story of “Mary Poppins” dates back to London during the early 1900’s; it tells the story of a broken family. The parents, uncaring of their children’s misbehavior, hire various nannies who are eventually driven away by their rambunctious children.

When Mary Poppins arrives, she teaches valuable lessons to not only the children but to the parents as well.

“Things will only come to pass, if you make them happen,” Stone said, in regards to the production’s message. “It is our responsibility, as high school students, to take initiative and try something new or do something interesting. We can make things happen, if we allow ourselves to try.”

During the musical, the audience can expect to see lively numbers, including “Spoonful of Sugar,” “Supercalifragilisticexpialidocious” and “Chim Chim Cheree.”

The production is opened to the public and shows Nov. 3, 9, 10 and 11 at 7 p.m. Tickets can be purchased at www.sacredhearts.org/tickets. Student tickets cost $17, while adult tickets are $22.