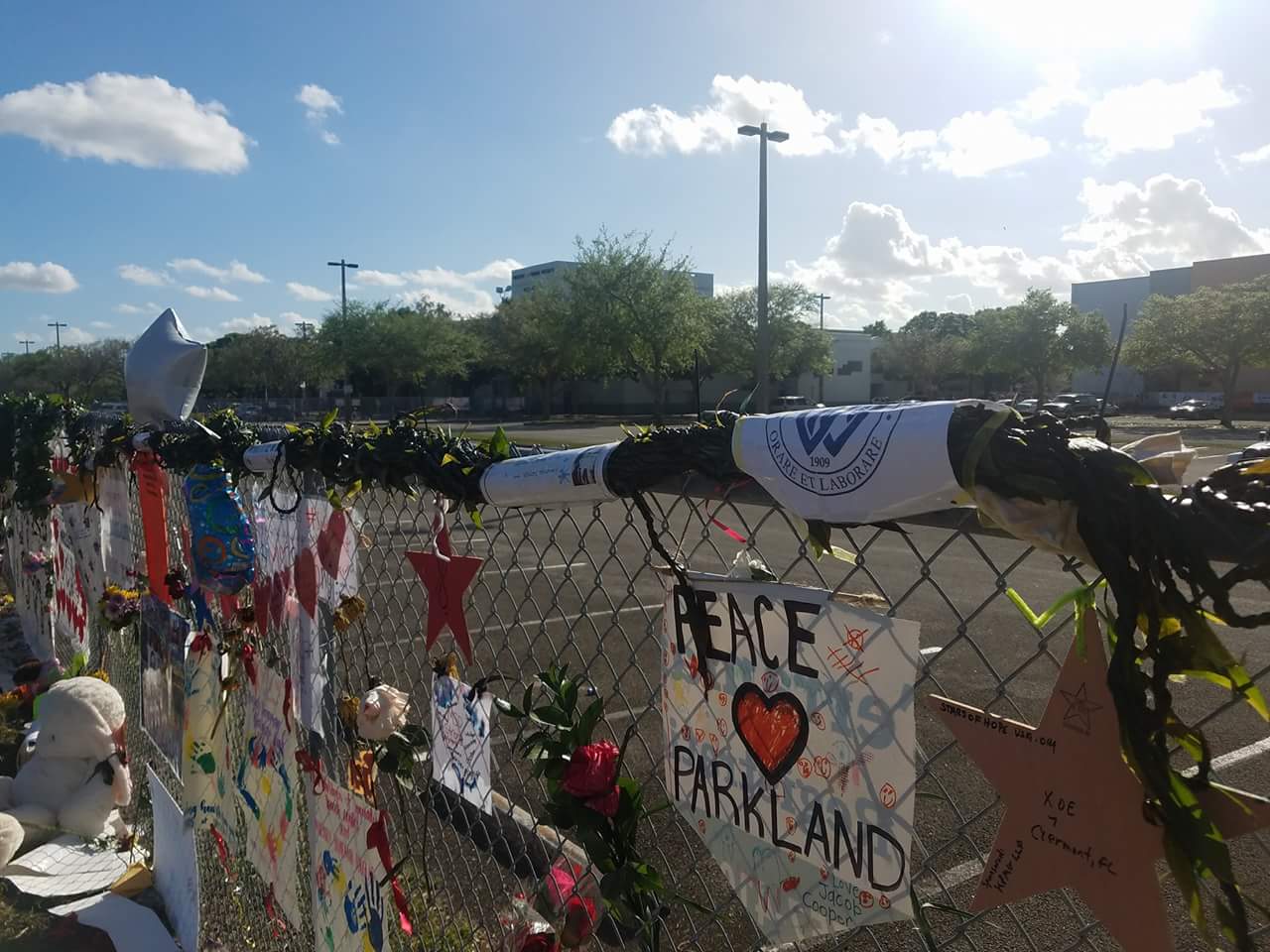 As people worldwide pay their respects to the victims of the recent Florida school shooting, Sacred Hearts Academy has been taking part in a statewide campaign to make lei for the victims.

On Feb. 14, a mass shooting occurred at Stoneman Douglas High School, Florida, where a gunman allegedly killed 17 students and faculty.

28 schools across Hawaii participated in the “Lei of Aloha” project. They made and donated ti leaf lei, which totaled to more than 1,200 feet long in the span of three days.

At the end of March, the lei were presented to the Parkland community in honor of the victims.

The Academy’s efforts were led by former school teacher and alumna Crystal Cayaban. She was among the few individuals sponsored by State Rep. Tulsi Gabbard to deliver the lei to the memorial, along with Academy student Abigail Walker, who coordinated the student campaign.

Academy teacher Kaycie Baltunado along with Whitney Miyahira, represented Sacred Hearts when delivering the lei to the Hawaii State Capitol.

“The atmosphere  was like unity and togetherness, coming together as one as the state of aloha,” Academy art teacher Baltunado said.

This schoolwide project spread from the highschool to the lower grades. Academy Librarian Alyssa Okimoto took part in the campaign with her students as well.

“After discussing what it must feel like for the Stoneman Douglas High School students, the girls understood the need for stricter gun control laws,” Okimoto said.

“I thought it was a great empowering and unifying activity that sent a message of support and solidarity with the students and families of the Stoneman Douglas High school,” Okimoto said.