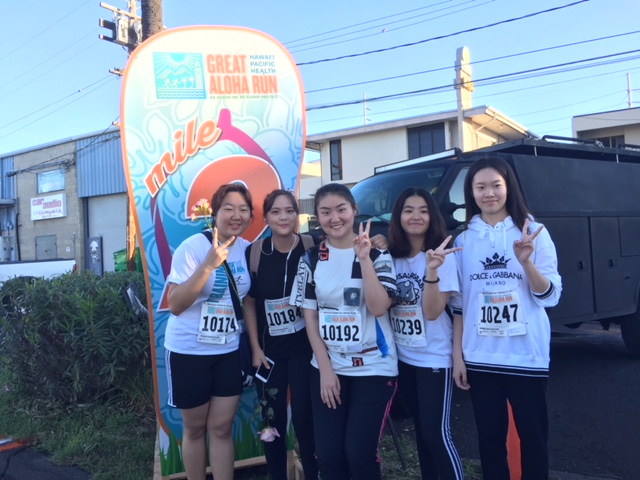 On the morning of Feb. 19, crowds of people gathered at Aloha Tower to participate in the 34th annual Great Aloha Run.

The run officially kicked off at 7 a.m., but many people arrived at an earlier time.

Despite the threat of stormy weather, the approximately 24,000 people showed up to participate in the 8.15-mile course from Downtown Honolulu to Aloha Stadium.

The weather cleared up just in time for the race.

Andy Wacker of Boulder, CO. came in first place, at 39 minutes and 35 seconds. The first person from Hawaii to cross the finish line was Pierce Murphy of Hanalei, Maui. He came in about 10 seconds after Wacker.

“Student volunteers helped during the (Great Aloha Run) Expo, preparing and giving out race packets the three days before the race, gave out water along the course, folded finisher t-shirts and gave out t-shirts,” Director of Student Activities Cleo Eubanks said.

The Academy’s Leo Club and National Honor Society were a part of the many who volunteered at the race.

It was reported that this year’s race raised about $350,000 for local charities and the military.