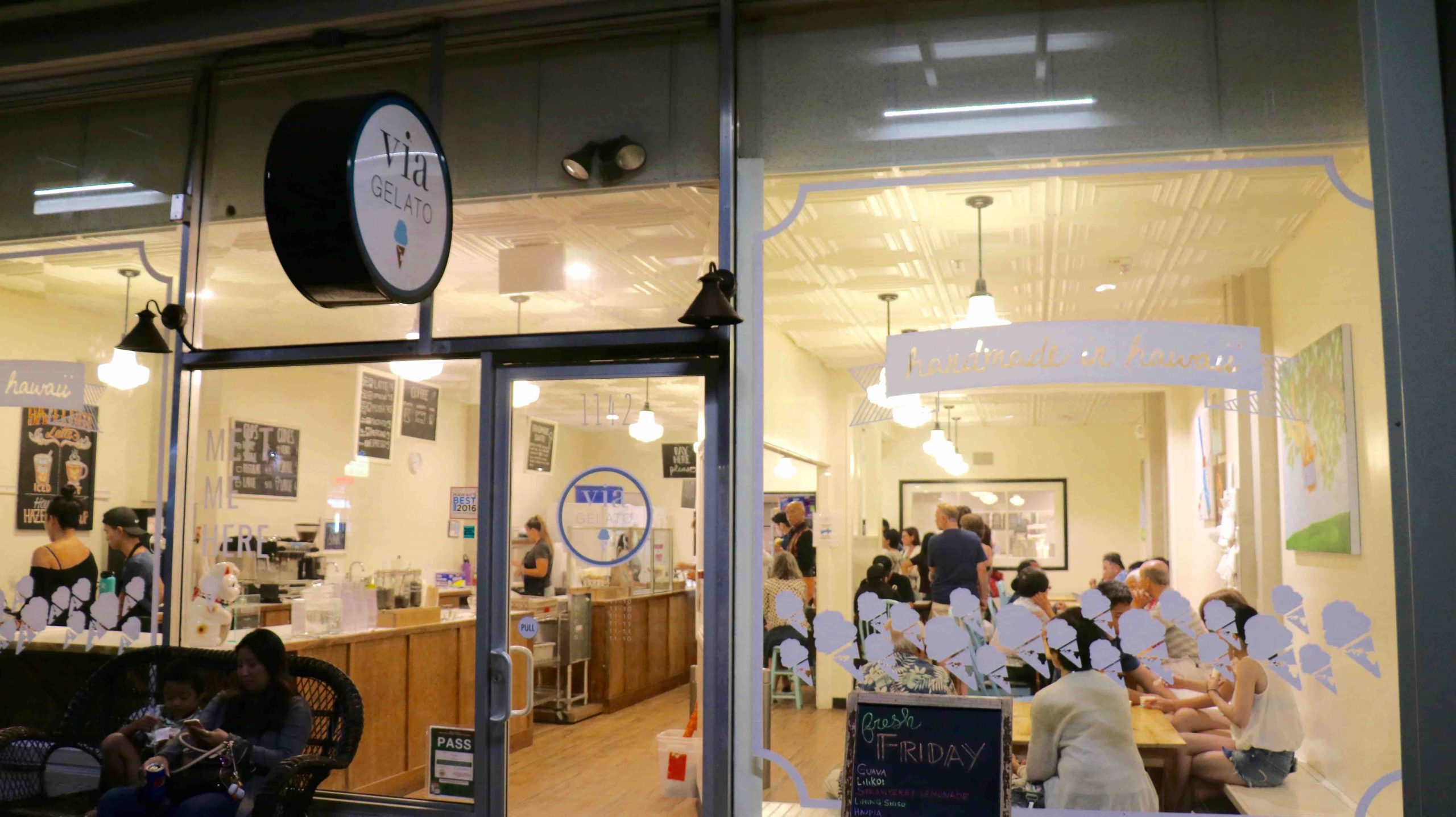 Over the years, Kaimuki has become an area fueled by restaurants, coffee shops and other on-the-go eateries. Via Gelato is among the newest neighborhood nooks.

Originating from a successful food truck, this business prides itself on artisanal-quality gelato made with local ingredients. They provide an array of flavors that change weekly, depending on seasonal ingredients and on customer feedback.

Li hing mui, shiso, caramel with brownies, strawberry lemonade and Samoa (Girl Scout cookie flavor) are among the current flavors at Via Gelato. About 16 to 24 flavors are made daily, according to their website.

Gelato is an Italian dessert staple similar to ice cream; however, it is known to be much creamier, smoother and denser than American ice cream.

It’s also not the only item on the menu. Via Gelato offers sandwiches and coffees, including lattes and espresso drinks.

“It’s delicious, but they should have more options (available),” she said.

While she has been to Via Gelato many times, there were a few times when the store ran out of most of its gelato. She suggests arriving early, as the store tends to sell out during its busiest hours.

Via Gelato is located on 1142 12th Ave. It opens at 11a.m. everyday and is closed on Mondays. For more information, visit their website at http://www.viagelatohawaii.com/.