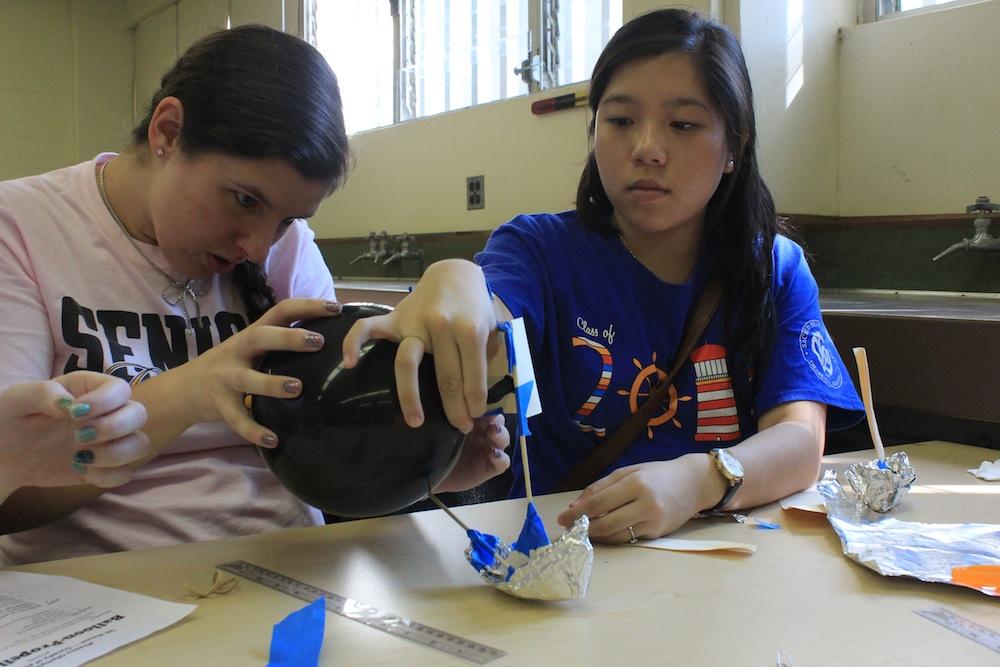 The Physics Olympics is an annual event held at the University of Hawaii. It is sponsored by the UH Department of Physics and Astronomy and the American Association of Physics teachers (AAPT).

Academy students participated in five events on Feb. 22. The first was building a car to demonstrate the concepts of mass, inertia and momentum in an exercise involving crashing the car into another team’s.

The second event was stacking blocks using the center of gravity to extend the blocks off the table.

The third event was building a paper boat and using a balloon to propel it to demonstrate Newton’s laws of action and reaction.

The fourth event was making a musical instrument out of straw using the concepts of frequency and wavelengths of sound.

The fifth event was launching projectiles into a target using the idea of projectile motion.

“The girls did very well in the car event, musical instrument event and block stacking event, but by the time the rest of the teams had gone, they were nudged out of placing in the top three,” said physics teacher Joseph Lyons.

From this competition, students learned new things about physics that they hadn’t known before.

Junior Tiffany Nakama-Fukuhara said, “I learned about the many different aspects of physics that my class did not cover yet.”

Junior Celina Ma said, “I developed my knowledge in conceptual physics, used critical thinking, and problem-solving to participate in events such as the cart joust and projectile launch.”