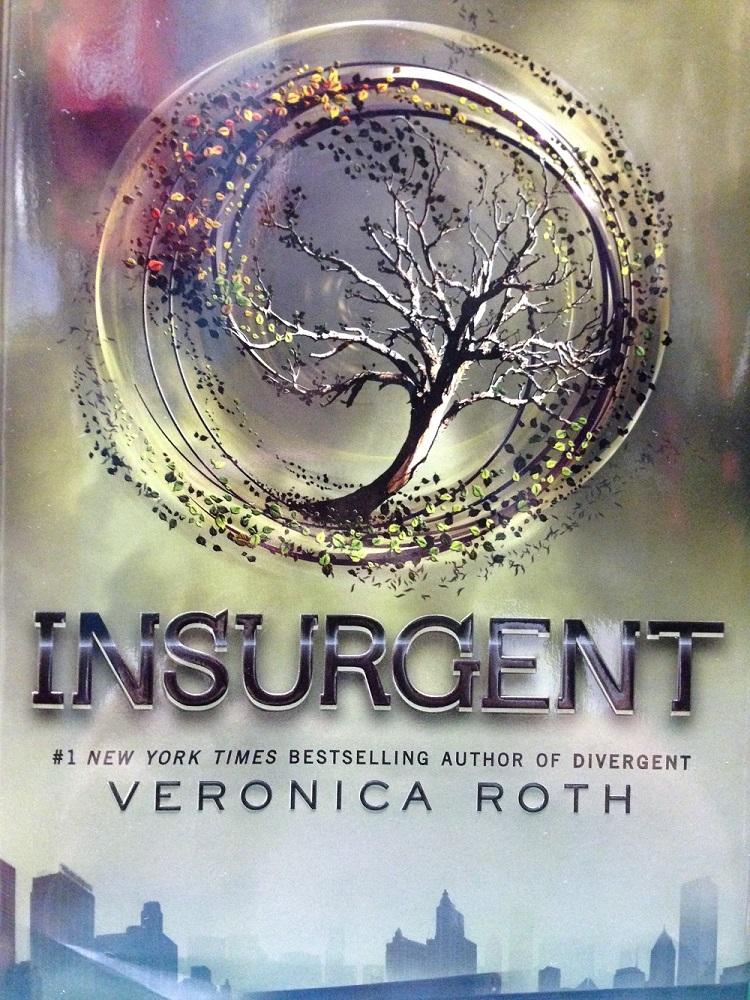 “Insurgent” is the second book in the “Divergent”  trilogy by Veronica Roth.

“Insurgent” is set in a world that includes factions such as Amity (the peaceful), Dauntless (the brave), Erudite (the intelligent), Candor (the honest) and Abnegation (the selfless).

Tris, Four, Marcus, Peter and Caleb seek safety among the people of Amity. They are allowed to remain there as long as they keep the peace with others.

When the peace is broken by the Dauntless and an Erudite traitor who has come to seek out the Abnegation faction, Tris, Four, Susan and Caleb are discovered to be from Abnegation because of their tattoos. Luckily, they are able to escape by jumping onto a moving train.

The train, however, is filled with the factionless who are all armed. The factionless leads them to their safe zone and their leader, who turns out to be Four’s mother, Evelyn, who tries to get Four to bring all the Dauntless to her.

Instead of staying in the factionless safe zone, Tris and Four head to the Candor faction where they are arrested and are to be tried.

Under the influence of truth serum, Tris confesses that she killed Will. This breaks her friend Christina’s heart because Christina loved him. Four confesses that the reason he joined the Dauntless was to escape his father’s abuse.

After the trial, the Candor faction is attacked by Dauntless traitors. It is then revealed that Tris and Uriah are actually Divergent. They try to warn the others who are Divergent but find that the rest have been captured.

After this ordeal, Tris and Christina find that every two days some Dauntless members walk off the roof of the building because of a serum created by one of the leaders.

“Insurgent” has romance, action and an exciting plot that makes a book enjoyable. It will have readers eager to see what will happen and the next book in the series.

This book is recommended for teens because of violence throughout the book. There are some scenes that may be inappropriate for younger readers.