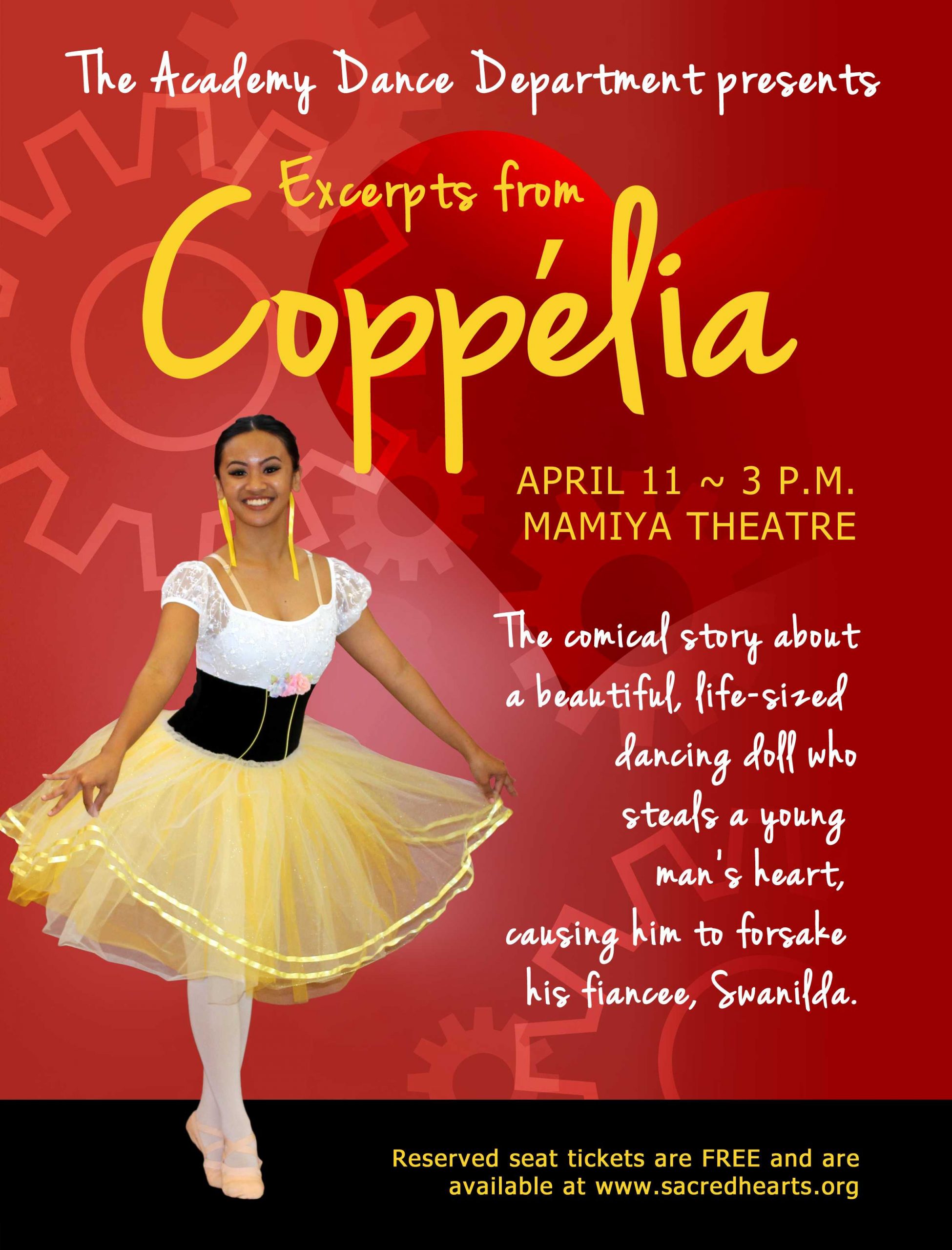 Dance teacher Micki Kolberg’s ballet program puts on two productions, the “Nutcracker” during winter and an annual spring production which changes each year. This year the program will feature Arthur Saint-Léon’s “Coppélia” set to the music of Léo Delibes.

“Coppélia,” set in a small village in 18th century Poland, tells the story of an inventor who creates a dancing doll so lifelike that a village boy becomes infatuated with her.

“This production is different than others because there is a lot more miming and storytelling, so it should be apparent to the dancers that not only is dancing important in a production but so is storytelling,” said Kolberg.

Rehearsals began in January for all three levels of dance classes, and a lot of time went into costuming and set design.

Senior Megan Garcia said, “The dancing is harder this year because there is a lot more advanced work en pointe. I play the role of Swanilda, who is a very innocent character who resembles a little girl. As the play goes on, she matures into a woman who is about to get married.”

“Coppélia” will be performed for one show only on Apr. 11 at Mamiya Theatre on the St. Louis School campus.

“I’m excited because I feel prepared with the choreography although there will always be a sense of nervousness when performing before an audience,” said senior Jillian Anderson, who will be Coppélia.