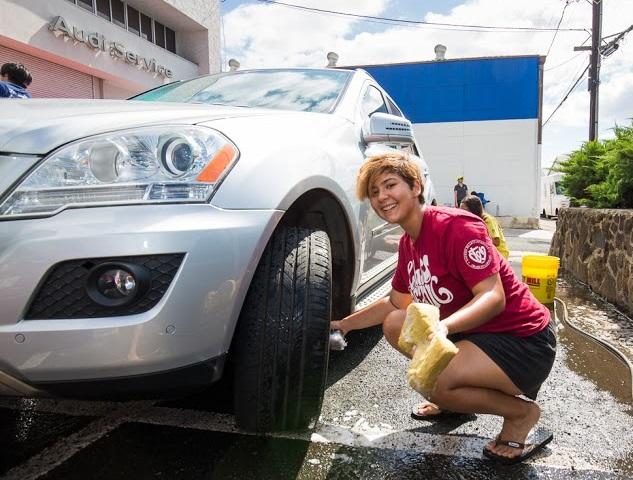 The band’s fundraiser, a car wash, ended most profitably for the band program.

“This is the first car wash that I’ve done here at Sacred Hearts and so far it’s been very successful. The ticket sales plus the donations profited over $2,000,” said band director Keith Higaki.

More than 150 cars participated at $10 per car, but the band’s many supporters also made additional donations.

JN Audi on Nimitz Highway was the site of the fundraiser, providing all needed supplies and food for participants. About 50 students and parents worked each morning and afternoon shift on Sept. 21.

Parents in the band Booster Club organized the event, one of several for the year. The club sponsors monthly Papa John’s pizza fundraisers and is planning one with Zippy’s.

“Our booster parents organize all of our fundraisers, and this is just one of the many fundraisers that we’re organizing for the students as well as to build funds for the band,” said Higaki.

The band will travel to Washington, D.C., and New York City during spring break. The fundraisers will help reduce costs for students.