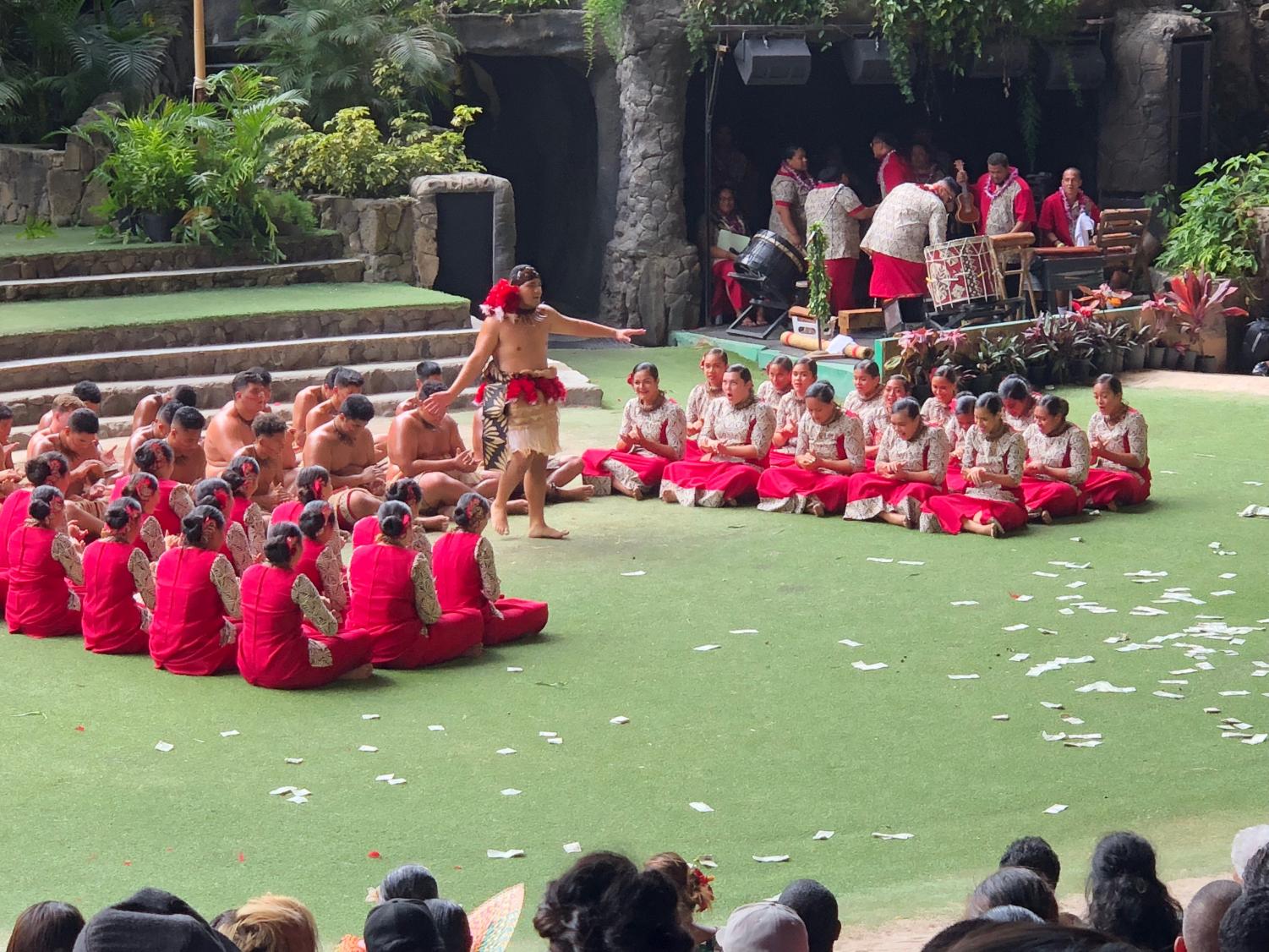 In more ways than not, our connections to culture contribute heavily to the subsequent result of our lives. We watch as younger generations of ethnic communities distance themselves further from their roots. Hispanic, African, Latino, Polynesian and Micronesian cultures are examples of communities that continue to evolve, as generations come and go. Now we’re left asking, what happened?

Sacred Hearts Academy junior Hunter Faleafine grew up with a family of Samoan descent. But when asked if she feels immersed in her Samoan culture, she replied, “Compared to most “Polys”(Polynesian) in my household, I would be considered white-washed.”

The term “white-washed” is used to describe those who have absorbed the Western culture, and in return, they do not generally assimilate themselves into their own culture.

Both of Faleafine’s grandparents immigrated to Hawaii from Samoa, bringing with them–both family and culture.

When becoming versed in one’s culture, it is not about being but rather about wanting to know more. Yet, common obstacles for today’s younger generation are: How can we do this? Who do we turn to for cultural knowledge? Such questions often go unanswered, as we find that we only have a family to turn to for cultural guidance. In most cases, a family may not always be the best resource.

“The responsibility of parents teaching their kids about their culture is very big,” Faleafine said. “Most kids usually wouldn’t have the motivation to go out and learn it on their own.”

Nahooikaika was born and raised in a Filipino-centered household. She was not able to explore her Hawaiian heritage.

“There’s a Hawaiian saying that says you are a product of your parents,” she said. “It is the responsibility of both (child and parent); the cultural knowledge and the lack of cultural knowledge that my parents were not able to give to me (meant) I had to find them on my own.”

According to Nahooikaika, there was a time when people were ashamed to be Hawaiian, and thus, traditions were lost.

In September, she helped host Aloha Week at the Academy. This included workshops on Hawaiian language, song, and dance. The festivities also included opportunities to donate to Hawaiian-focused organizations, such as The Queen Liliuokalani Trust and Aha Punana Leo.

To Nahooikaika, this was yet another chance for younger generations to learn more about local culture. As such, it is an example of how we must seek lost traditions by uncovering them from old tombs of unjustifiable shame. We must reignite the traditions of our past and repurpose them into our own lives. And yet, another question remains, how will this be possible?

Faleafine said that she was not aware of certain practices surrounding her Samoan heritage. That is until she joined the Inoa Lou Hanganuu (ILH) Poly Club.

“Poly Club taught me how to Siva,” she said. “They told us Samoan stories (and) legends, which is way more than my dad ever taught me.”

The club, comprised of private school students, teaches about the Samoan culture, including myths, legends, and dances. They also learn practices, such as coconut husking and fire-making. The students can explore the culture inside and out, thoroughly gaining understanding about the importance of cultural knowledge.

Whether we know it or not, culture is the last link to our past. It is the last connection to our roots.  And in making deeper connections, we should consider what author Neil deGrasse Tyson said, “Knowing where you came from is no less important than knowing where you’re going.”