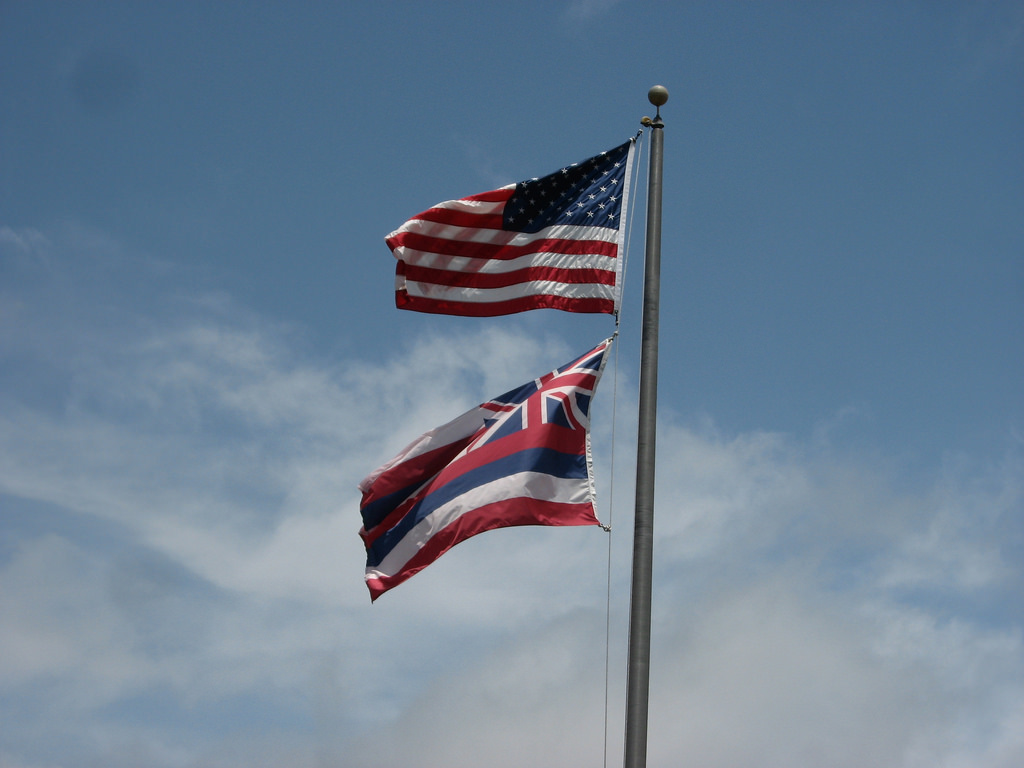 The Hawaii State flag stands today as a reminder to most of the days of the Hawaiian Kingdom and is flown in front of many buildings, businesses and schools across the state. Despite being unified with the United States in 1959, Hawaii residents have never been more divided since then.

Recently, Hana High School Junior Jesiah Malaikini of Maui was suspended for rearranging the schools flags so that the Hawaiian flag flew over the National flag. As a Native Hawaiian activist, Malaikini felt offended to see the State’s flag below the Nation’s stars and stripes. Upon his return to school, Malaikini was told to write an essay on why the National flag should fly above the State flag, but instead decided to write about why each school across the state should have two flagpoles so that the flags may be flown side by side.

According to the Official Description of the Hawaiian flag,”When the Hawaiian flag is flown from the same halyard as the flag of the United States of America is flown, it shall be underneath the national colors.”

Some argue that this law undermines the Hawaiian culture and that it should be flown on its own flagpole and at the same level as the National flag. Despite refusing to correct his offense, earning him a suspension, students from the school as well as many others across the state are standing with Malaikini.

“This is a matter of taking pride in our heritage and culture,” Sacred Hearts Academy junior Xavier Downey-Silva said.”I don’t mean to disrespect America, but I’d be disrespecting my ancestors and other Hawaiians if I said I was alright with having the (American) flag being flown above the State’s.”

Although being a topic of debate for over 50 years, many today are taking more steps in having the Hawaiian flag flown at the same height as the National flag.

Years prior to the Hana High School incident, University of Hawaii Hilo students protested the Hawaiian flag flying below the National flag only seven months after being put up. In response to the growing number of protesters, the University made a decision to have a separate flagpole for the State flag and that both flags will be flown at the same height.

Malaikini has since started a GoFundMe account to raise money for the construction of a second flagpole for Hana High School and Elementary School. He is also encouraging a flag walkout on March 29, in which he asks students to lower the National flag as a show of protest.