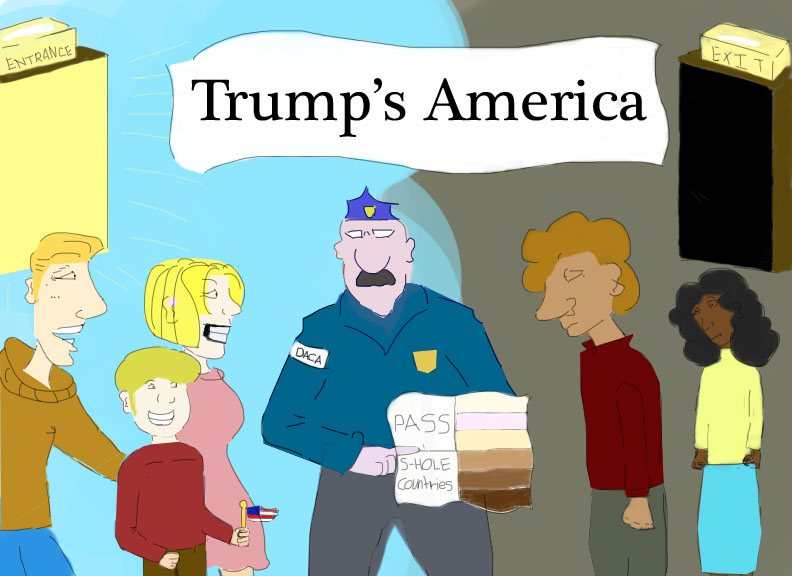 More than 800,000 American immigrants are being affected by recent policy changes made by the
Trump Administration. The Deferred Action for Childhood Arrivals (DACA) organization,
which is currently being phased out, allowed individuals who entered the country as minors to
receive a renewable two-year period of deferred action from deportation to be eligible for a work
permit. In an interview, President Donald Trump stated that more Norwegian immigrants, or
white Europeans, should apply for American citizenship. In contrast, immigrants from war-torn
countries, like Syria, are being refused refuge in America.