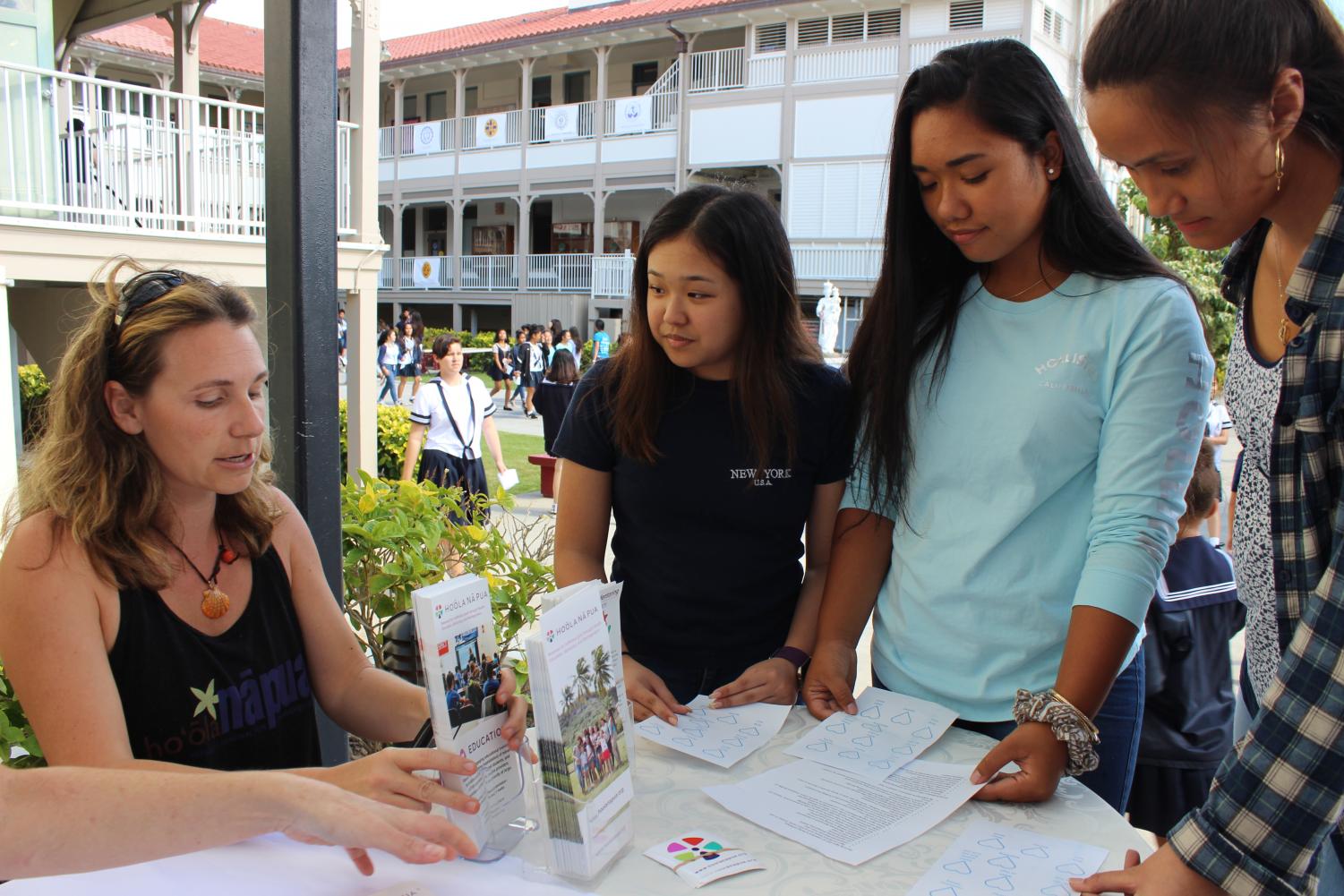 Last month, the Blue Heart Bonanza kicked off Catholic Schools Week. It was hosted by this year’s The Living in Faith Experience (LIFE) Team and was dedicated to bringing awareness to human trafficking.

“The Blue Heart Campaign is a global awareness raising initiative to fight human trafficking and its impact on society,” according to the United Nations Office on Drugs and Crime (UNODC). “Ka Leo” reporter Noe Nekotani chatted with LIFE Team member and senior Celine Arnobit about the school event.

Ka Leo: Who was in charge of the event?

Celine: The Living in Faith Experience (LIFE) Team was in charge of the event. We conceptualized this event and put together each booth and planned the whole week. However, during the actual fair, we had help from Student Council, the (Saint) Louis LIFE Team and a couple of (Feminism) Club students.

K.L.: What was main focus of the event?

C: The main focus of this event was to raise awareness and funds for the Blue Heart Campaign. Every year, during LIFE Week, the LIFE Team always puts on a LIFE Assembly in the gym to raise awareness about their social justice theme, but this year we wanted to be more proactive about how we went about educating the student body. We came up with this idea of a “LIFE Fair” in which we could have educational booths, games and activities that would get people more engaged about learning about human trafficking. We also had a craft and bake sale through which to raise money for the Blue Heart Campaign.

K.L.: How did the theme match Life Week?

K.L.: Was the event a success? Did it get your point across?

C: Yes, I believe the event was a great success. Like I said before, this was the first year the LIFE Team has ever done an event like this, and we basically had to come up with everything from scratch. I thought it was quite successful. Everyone seemed to have fun going around to all the different booths. We also had a booth for Ho’ola Na Pua (Hawaii-based nonprofit committed to the renewal of sex trafficking of girls through health, education, advocacy and reintegration). It was nice to have the outer community present at our event. It think it did get our point across; I feel that we were able to both raise awareness for human trafficking, as well as fundraise and contribute something tangible to our social justice theme. We haven’t finished counting the money, but we estimated that we raised over $1,000.

To kick off Catholic Schools Week, our Lancers dressed in blue for the Blue Heart Bonanza event. This was in support of the BLUE Campaign, a nonprofit which brings awareness to human trafficking.