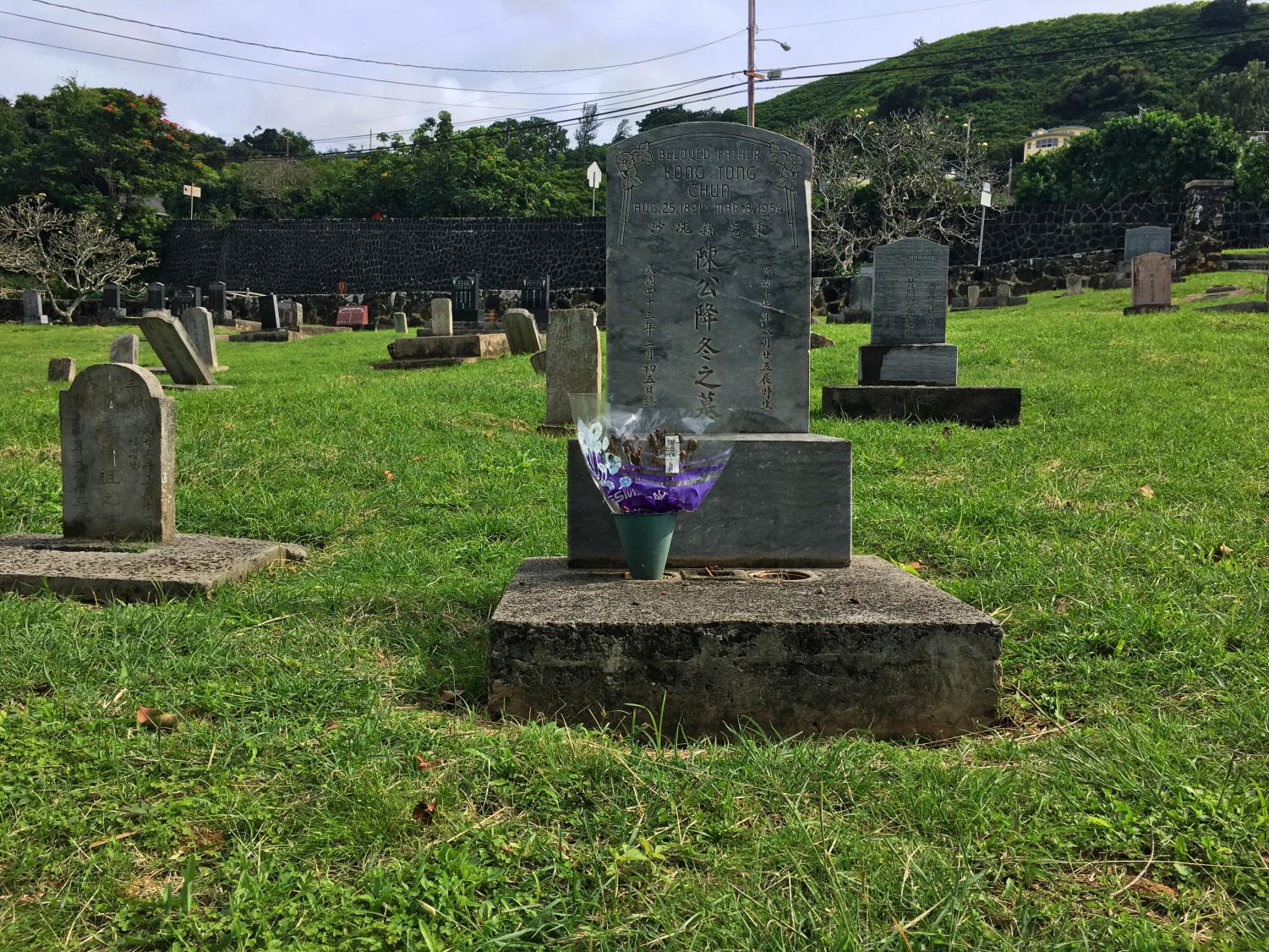 Does “Here lies Taylor McKenzie” or “Endings are always bittersweet” sound better as a title for my eulogy?

These were the thoughts distracting me from finishing my AP Spanish homework; conjugating “morir,” which means “to die,” in Spanish couldn’t be more fitting at the moment.

As far as I know, I am nowhere near my death bed. In fact, I’m just about to start my life, as I finish my last year of high school and prepare for college in the fall. But while most high school seniors spend their time researching scholarships–or even prom dresses–I’m here planning how to spend my remaining years on Earth.

My eulogy can’t be entirely classified as a morbid interest in the great beyond but rather, as an unusual school assignment. It’s actually part of a religion class project at Sacred Hearts Academy that many seniors take. Last year, when I asked a senior friend what the class was about, I immediately regretted it. She launched into a description of her own eulogy, even going as far as to detail how she thought she would die. I was horrified. Who would want to plan their own funeral? It’s paradoxical, planning the end of one’s life before it has really even begun.

The course, “Dying and Rising,” made its haunting appearance, as I glanced over my senior year class schedule. I worried about how this course would affect me. I heard that many classes involved sobbing and bearing your soul for your peers, revealing your deepest regrets. I wasn’t prepared for that; I had barely even gotten a taste for life, much less done enough to have any serious regrets.

When the school year started, I decided to approach the class with a layer of hesitation. Why bother putting effort into something that I believed did not affect me–for now, at least. I blindly picked morgues and funeral services. It made me too miserable to imagine who I would be leaving behind, or even worse, who would beat me to that final resting point.

As I began to delve further into the project, I wondered what prompted my teacher to create such a morbid assignment. It’s not like my teacher wears all-black and spends her free time in cemeteries. In fact, she’s quite the opposite and is in a perpetually cheery mood. But that didn’t mean she, too, didn’t get excited about the mushroom burial suits or hilarious takes on public figures’ eulogies that she showed in class. When I approached her about it, she said the project was meant to teach students to think beyond themselves and to help them realize they need to prepare their loved ones for their deaths.

Her enthusiasm towards funeral planning and emphasis on family made the process slightly less painful. I continued my research, and as society has groomed us, looked for the best deals possible to suit my death. I could go with Oahu Mortuary’s memorial service bundle for an affordable price of $1,295–what a deal! Or, I could have my mom pick up a casket for me on her next run to Costco for milk and eggs. Yes, Costco sells caskets at discounted prices.

But it wasn’t until I came across the Bios Urn that my outlook on the project shifted. Advertised as “the biodegradable urn designed to grow a tree,” the urn could be easily purchased with a click of a mouse on Amazon. The $147 price tag was also appealing!

As an avid environmental advocate, I was excited to read about the biodegradable urn and clean energy holder. Rather than being buried in caskets, which can become harmful to the environment when they degrade, the Bios Urn is made from all-natural ingredients. The best part? You can plant a seed on top of the urn. Instead of being a reminder of departed loved ones, the Bios Urn is a catalyst for new life.

Oddly enough, I found myself barely able to contain my glee as I read on about the strange invention. How did I become so morbid? Why was this so intriguing to me? Turns out, the Bios Urn was what I needed to change my perspective on a topic I had always dreaded–death. In regards to the class project, I was excited about how I could continue to help the planet, even when I am no longer able to witness the benefits.

I had even come to terms with the idea of leaving a future family behind. With the Bios Urn, I wouldn’t really be leaving them. I would just be taking on a different form. Before this project, I never thought of the environmental impact human death and decay have on the environment. I guess we can never escape our eco-footprint, even through death.

What started as a strained relationship with an odd class, soon became one of my greatest joys. My eulogy was more than a distraction from AP Spanish; it was a time to reflect on my life. If the timeline I created in class is correct, I have 72 years left in my life; years that I want to spend falling in love, traveling to every continent and eating good food. I am not anxious anymore about spending my life the right way; I know that this time on Earth, as mundane as high school may feel right now, is important.

Perhaps the most meaningful lesson I learned was the phrase, “Live your dash to the fullest.” It came from our enthusiastic religion teacher, who liked to remind us to make the most of the time that we have on this Earth. In the end, what matters is how you spend the dash in between the date of your birth and the date of your death.