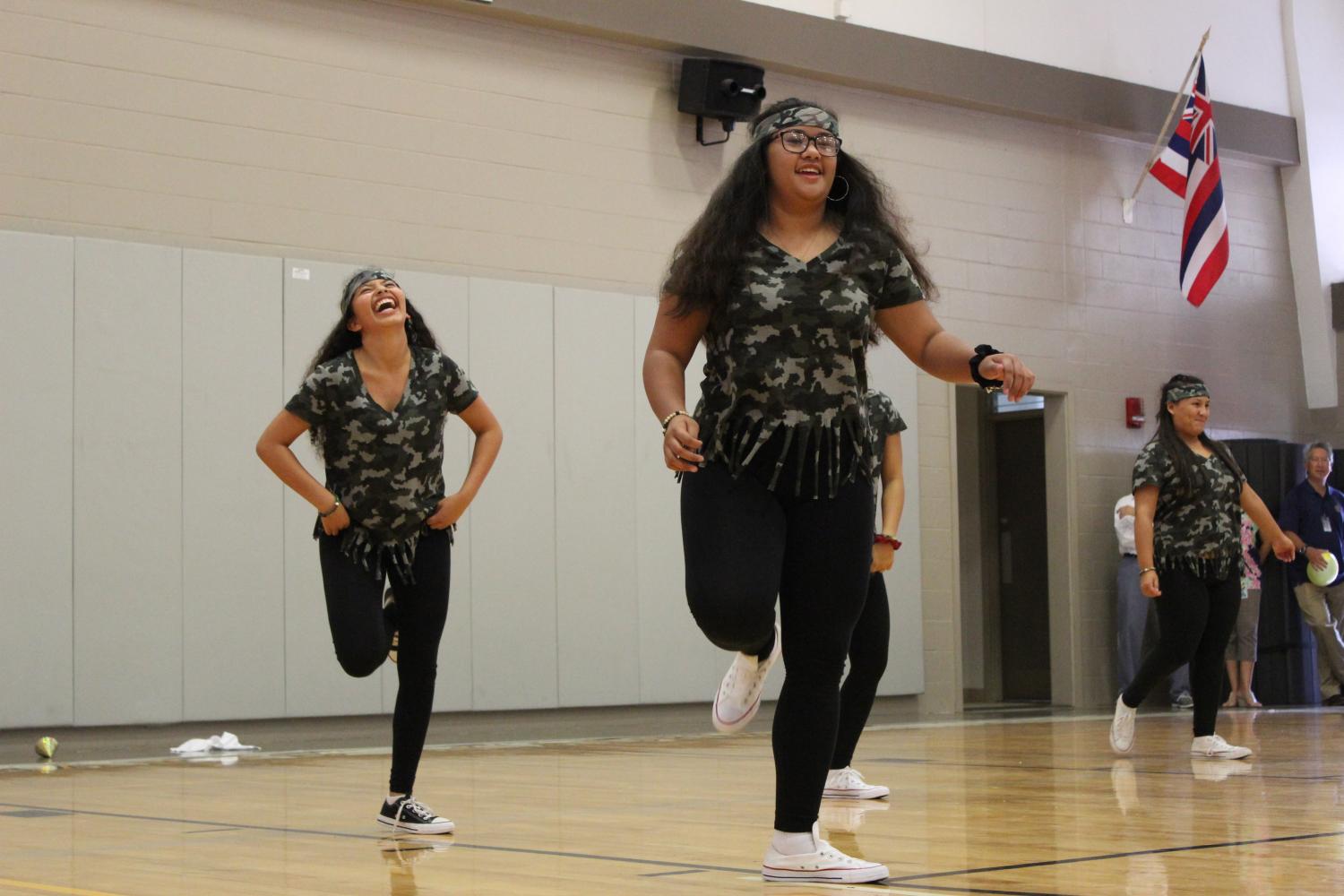 Every year, Sacred Hearts Academy juniors welcome their freshmen little sisters into high school with a week dedicated to them. Different events occur each day of the week, concluding with the Freshmen Initiation performance in front of the entire school body.

Starting the week off was “Mayjah Rayjah Monday.” The juniors dressed up their little sisters in red, yellow and green beaded necklaces. At recess, there was a music and movie trivia game played by the big and little sisters. Prizes were given to the winning sister pair.

The Academy’s Founder’s Day took place on Tuesday of this week. Students were allowed to dress in white, yellow or gold attire. Keeping with the party theme, juniors dressed up their little sisters in tiaras and glittery stickers for “Twinkle Tuesday.”

Wednesday was “We Promise Wednesday.” On this day, the juniors promised to be guides to their little sisters throughout high school. Ring pops were distributed to freshmen and junior homerooms as a token of this promise to be there for each other.

On Thursday, freshmen and juniors became twins with matching accessories and hairstyles. Accessories, such as hats, necklaces, hair clips, tutus, sunglasses and matching socks, could be seen throughout campus.

On Friday, the juniors and freshmen were able to show off their performances at the annual Freshmen Initiation assembly. During lunch, freshmen changed into their matching costumes and practiced their dance together for a final time. To show support for their little sisters, juniors were allowed to wear matching clothes with their little sisters.

This year’s Freshmen Initiation was a bit different from other years. Up until last year, there were specific themes that each group had to work around, such as Disney or the 90s. However, this year, everyone had the same party theme. Each group was required to incorporate a certain song into their remix and a few accessories into their performance.