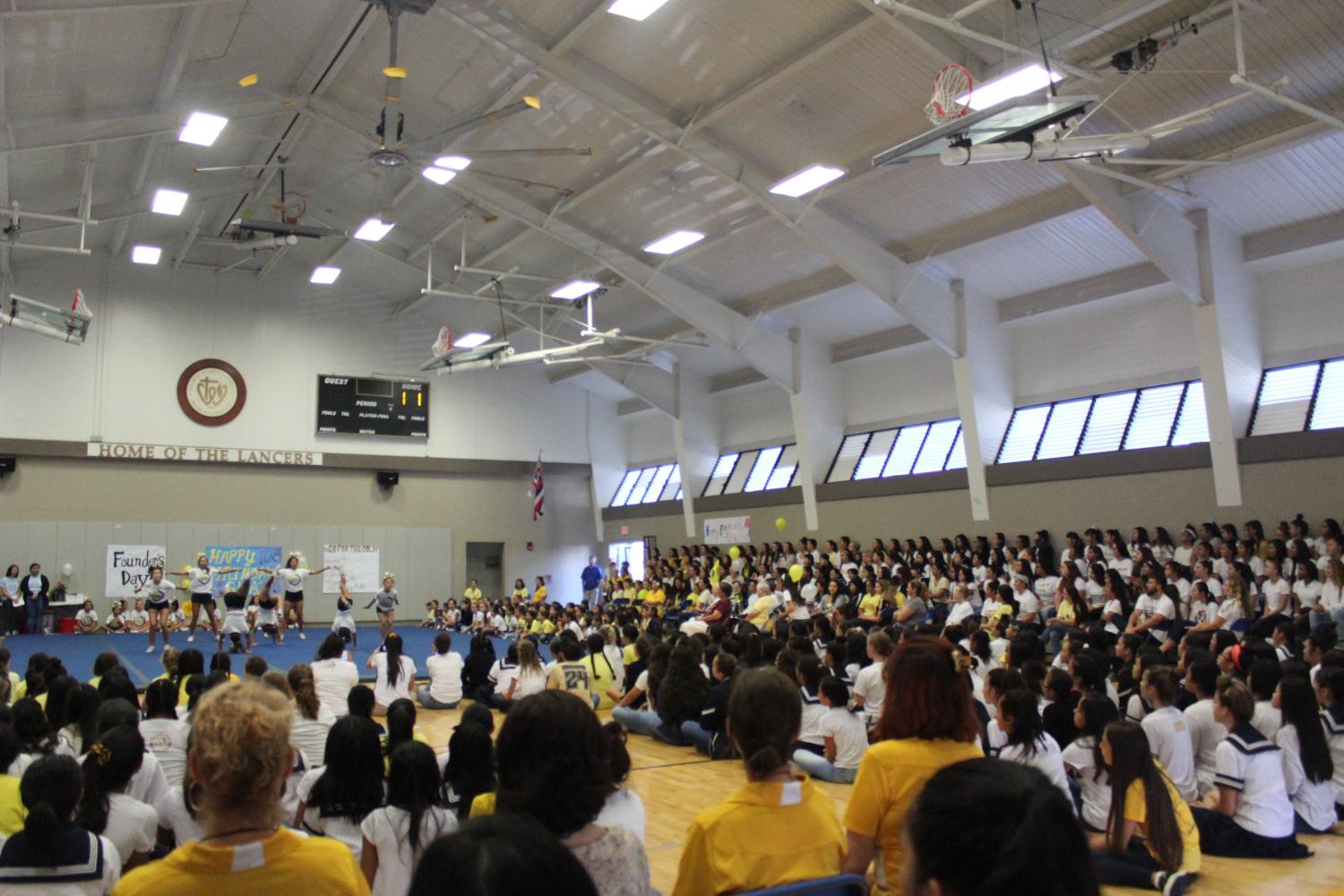 Now called Founder’s Day, the event began with a school cheer in the gym. The Lancer cheerleaders showed school pride, as they started off Founder’s Day with stunts and chants.

“It was really cool that the varsity…girls had the fliers and flips; they got everybody excited,” junior Hunter Quan said.

Sister Regina Mary, the head of the sisters, took a moment to thank them. She also thanked those who voyaged their way to create a binding establishment.

In 1909, 10 sisters and a priest founded the school. They started in the Downtown Honolulu area before moving into the Kaimuki area. Initially, the Kaimuki clearing was filled with trees and rocks. Once those were removed, a covenant and the school was built.

“If (the sisters) didn’t have vision, they wouldn’t be here,” Director of Student Activities Cleo Eubanks said. “We want (the) vision to continue for hundreds of years (for) young women of Hawaii.”

The sisters were given flowers from the student council, as a gift of appreciation and honor. Student council members, alongside Eubanks, coordinated this event.

The council also planned a few games. One included a gift wrapping game, in which students wrapped teachers with streamers. The teacher had to then race to and from the half court.

Two students from each grade participated in the game called Bus Stop. The activity was similar to musical chairs. One side of the imaginary bus could only be entered. Each student was given a designated seat. Bus stop gave the students an opportunity to show their listening and responding skills.

“(A highlight of the assembly was) giving flowers to the sisters (and) musical chairs because all the girls (are interacting),” junior Jasmine Policarpio said.