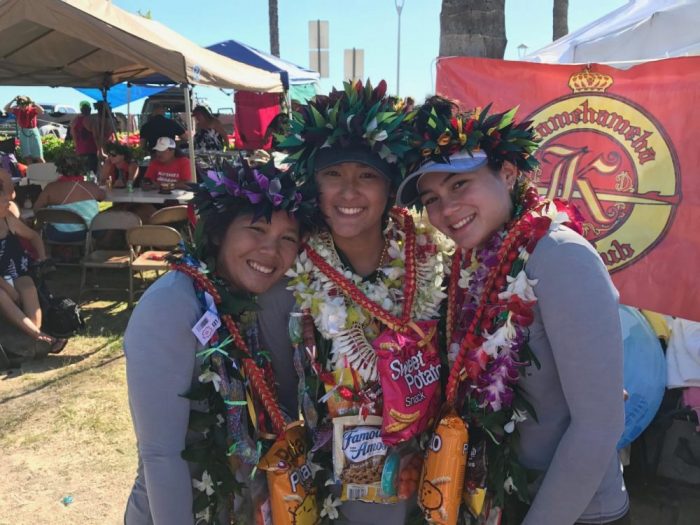 Sunburnt and salt-covered after many hours in the ocean, Sacred Hearts Academy junior Eliza Otenbriet had been training hard for the past few months in preparation for the Na Wahine O Ke Kai, a women’s outrigger canoe paddling race.

Otenbriet is one of three Academy students who participated in the 42-mile all-women’s race on Sept. 24.

“It was a good experience,” Otenbriet said. “It was also nice to bond with girls from other schools.”

The event included participants from other states and countries. Female paddlers, ranging from ages 16 to 55 and older, were placed into one of six age divisions.

The race averaged five to seven hours to complete and started at Hale O Lono Harbor on Molokai. Paddlers cross the Kaiwi Channel and finish the race in front of the beach at the Hilton Hawaiian Village in Waikiki.

For Murakami, as well as many other paddlers, paddling in the race was something they’ve dreamt of since they were younger.

“It’s always been my goal as a paddler to be able to paddle in this race,” Murakami said. She has been paddling for seven years.

The dream takes months of training, as well as the completion of shorter shoreline races, ranging from 20 to 30 miles. Training usually consists of multiple 45-minute pieces, one-man paddling, and at-home workouts.

“The practices were intense, but we knew it was to make us better,” Otenbriet said.