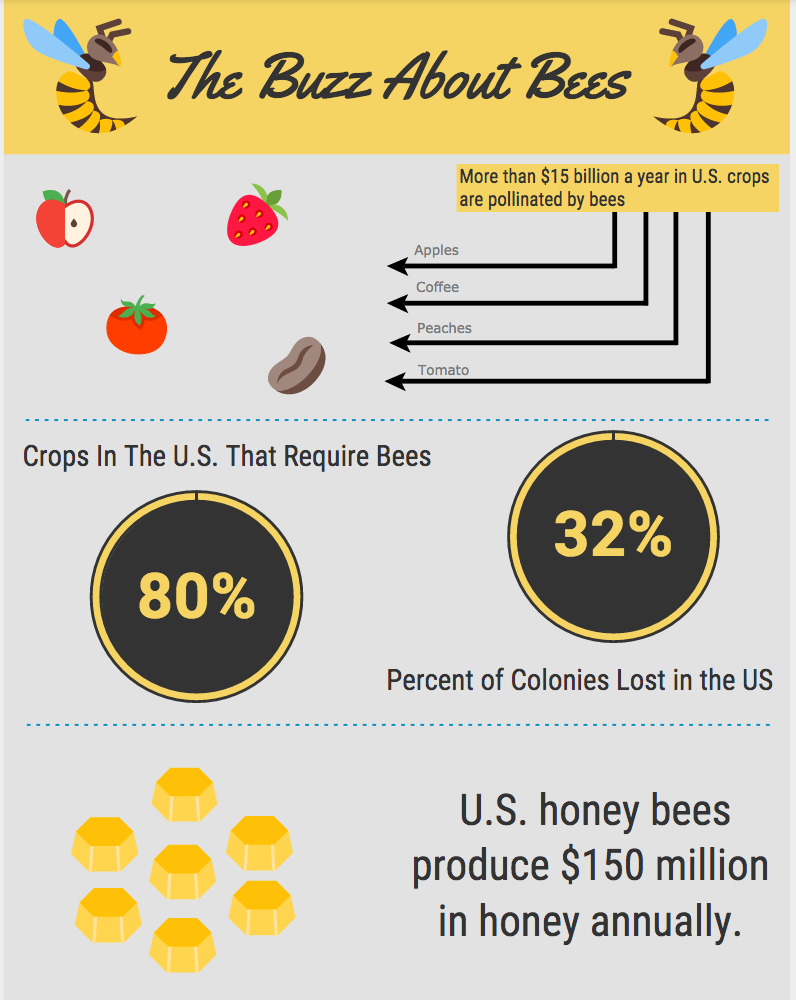 Honeybees are vital to our survival.

It’s a phrase that may sound trite, considering its newfound popularity. It’s also something found everywhere from the back of cereal boxes to the reusable bags at grocery stores.

But is this enough to save the tiny forces behind human civilization?

History and Causes
In recent years, the population of commercial bees have been declining rapidly. In an article from the New York Times, 44 percent of the commercial bee population died last year. Compared to previous years, when 10 to 15 percent of bees died, this number has left both bee owners and scientists alike concerned.

There are many theories about why the number of bees dying have changed at such an astonishing rate.

One is Colony Collapse Disorder (CCD). In the book, “The Hutchinson Unabridged Encyclopedia with Atlas and Weather Guide, this is defined as, “A disorder of honey bee colonies…characterized by the sudden disappearance of all worker bees, even though brood and food supplies are intact and there is no obvious sign of disease.”

This disorder is responsible for thousands of abandoned hives around the world.

Another theory is that pesticides and insecticides affect the bees’ immune systems and make them more vulnerable to diseases. One of these insecticides may be neonicotinoids, which are used to protect plants and infect the entire plant, not just the surface level. This particular insecticide has been found to affect the neural pattern of bees’ minds.

Diet
The United Nations Food and Agriculture Organization discovered that, “of the 100 crops that account for 90 percent of the food eaten around the globe, 71 rely on bee pollination.” These crops include almond, coffee, mangos and much more.

The Natural Resources Defense Council found that 80 percent of crops in the United States depend on honeybees.

Simply said, our diets would be insufficient without them.

Economy
The commercial bee industry may be relatively unknown, but in 2015, the UN reported that worldwide, the bee industry makes $235 billion to $577 billion, annually. A majority of this money is made in parts of Eastern Asia, the Middle East, Mediterranean Europe and North America.

These areas would be suffer significantly if the commercial bee industry were decimated by the lack of bees.

Local
Bees are a major part of our island’s economy and livelihood. The honey production in Hawaii is worth $3.1 million. Not only is honey important, so is the agriculture surrounding bees. Every year in Hawaii, the agriculture pollination value is $212 million.

Beyond money, the islands are a major part in recent steps to save the bees. The Hawaiian yellow-faced bee was the first type of bee to be placed on the U.S. Endangered Species list. This monumental decision happened last year afters years of struggle and effort on the part of environmentalists.
What is being done?
Our new government is famous for disregarding real environmental catastrophes. From stating that global warming is a hoax created by the Chinese to delaying the entrance of the rusty patched bumblebee to the Endangered Species Act, we can expect little help from the government to help solve this issue. 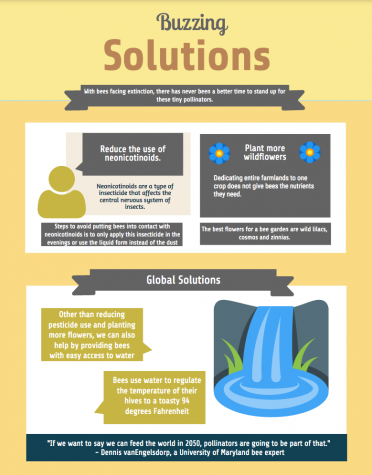 Bees are the unlikely heroes of the human race. Most children would report that they hate the tiny creatures, fearing their sting. Hopefully we can bring awareness to their importance in our everyday lives and change the general perception of them.