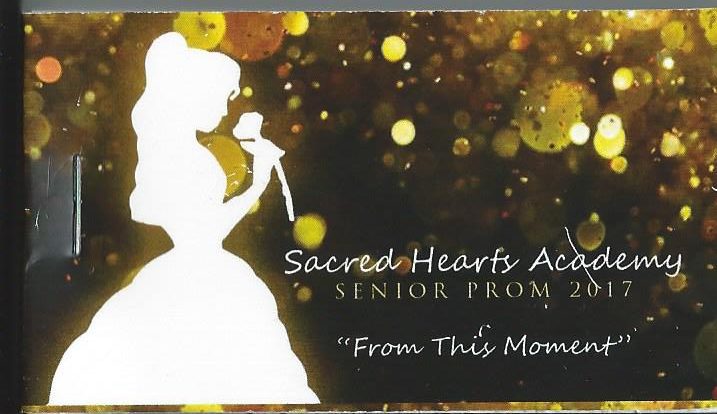 Donned in formal wear, Sacred Hearts Academy’s senior class gave Belle a run for her money at their senior prom, with the theme “From This Moment.”

The theme was inspired by the live-action adaptation of Disney’s “Beauty and the Beast,” which premiered in theaters last month.

The prom was held on April 1 at The Modern Honolulu.

The seniors began the night with a buffet dinner and a plethora of desserts, followed by games. Students played “Gimme-Gimme” and enjoyed an impromptu fashion show performed by male guests decked out in tissue and toilet paper-made garb, designed by the people at their tables.

Afterward, the class danced and took photos, provided by Flipbooks Hawaii and Portraits of Hawaii.