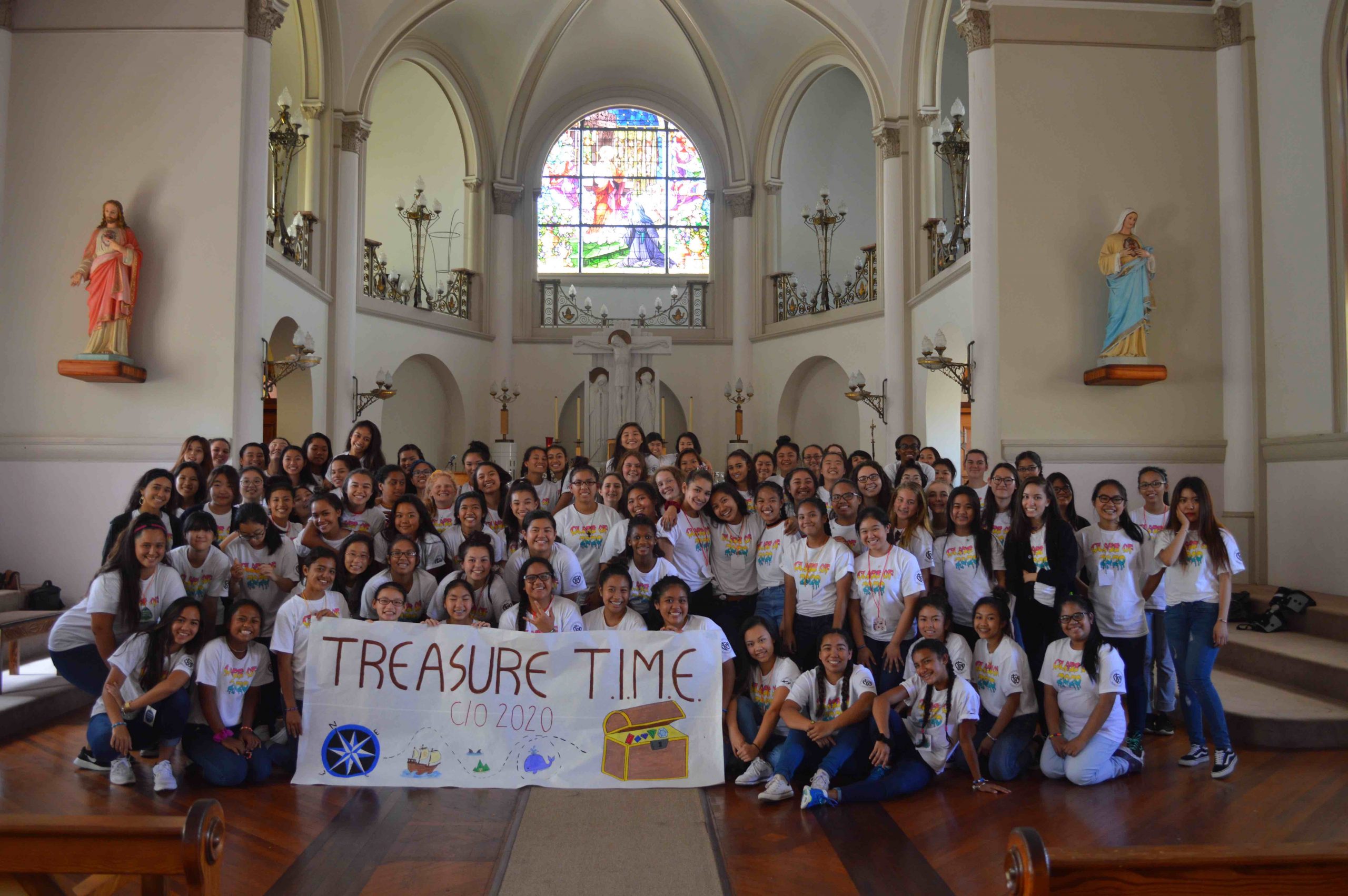 Last week, Sacred Hearts Academy’s freshman class found a deeper appreciation for time during their retreat, which had the theme of: “Treasure T.I.M.E: Talks, Intuition, Memories and Everything.”

Seniors and LIFE Team members Shelly Anne Aquino and Kailanianna Ablog coordinated the event at the Saint Anthony’s Retreat Center in Kalihi. The theme was meant to remind freshmen to make the most of their time in high school.

“If we learn to use our time wisely…we too, will be able to reach our ‘one’ of many great ‘moments’ in time, where we will ‘be racing with destiny’ and ‘feel eternity,’” Aquino and Ablog said in their opening remarks. They quoted the retreat song “One Moment in Time” by Whitney Houston.

“Time is something you can’t make up,” Matsukawa said. “We should spend as much time as possible with the people we love and do things we enjoy to treasure the time we have.”

Students participated in activities that encouraged taking time to know their classmates and understanding the significance of time in their personal lives.

They played with fortune tellers to expand upon the idea of “intuition,” as a means of making decisions. They also made bracelets using beads to represent the memories they made over the course of their lives so far.

“(The breaks) recharged everyone’s energy and put everyone into a better mood, which helped us bond,” Matsukawa said.

The retreat was held on March 24 and was the last event facilitated by this year’s LIFE Team.