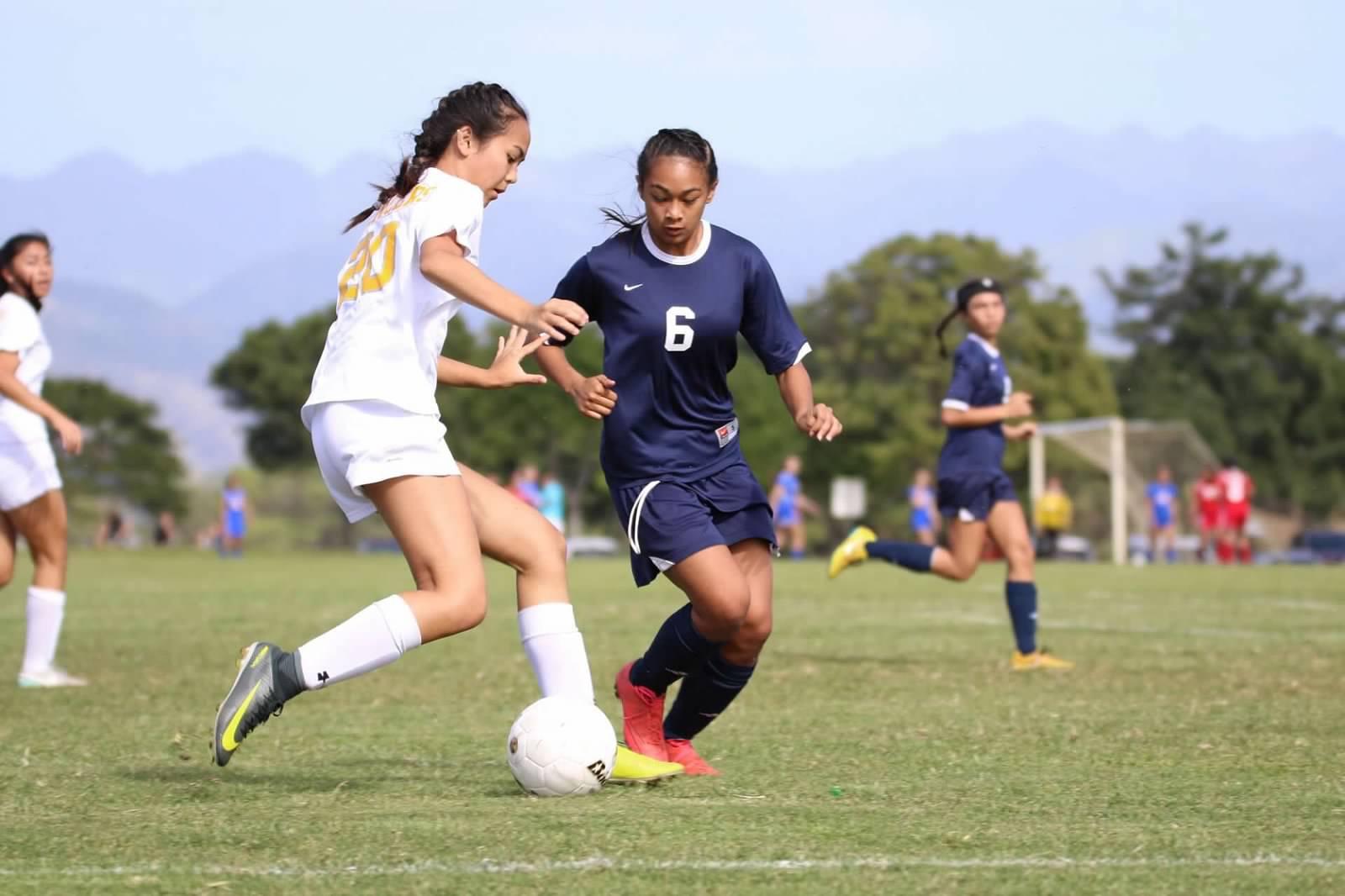 “I am proud that we made it to states this season,” junior Meghan Matsuoka said. “I’m glad I got to enjoy this experience before graduating, (and) I hope that next year we can make it farther in the tournament.”

The tournament started on Feb. 1 at the Waipio Peninsula Soccer Complex. The Lancers went up against Waianae High School, defeating them with a score of 4 to 1.

The four goals were scored by Academy sophomore Reina Santiago, junior Leinani Lacio and seniors Brianne Agcaoili and Kaycee Selga. With that win, the Lancers played top-seeded Hawaii Preparatory Academy (HPA), a school on the Big Island, for the quarterfinal round the next day.

The Lancers fell to HPA, with a 3 to 0 score, early in the second half. But with two late-game goals by freshmen Alena Schenk and Agcaoili, HPA’s lead was down to one goal. In the end, the Lancers fell 3 to 2. They played Waipahu High School the following day.

In the fifth place semi-final round, the Lancers played the Waipahu Marauders. However, the Lancers lost to the Marauders in an intense game, 5 to 1. The one goal came from Academy player Christiann Arakawa.