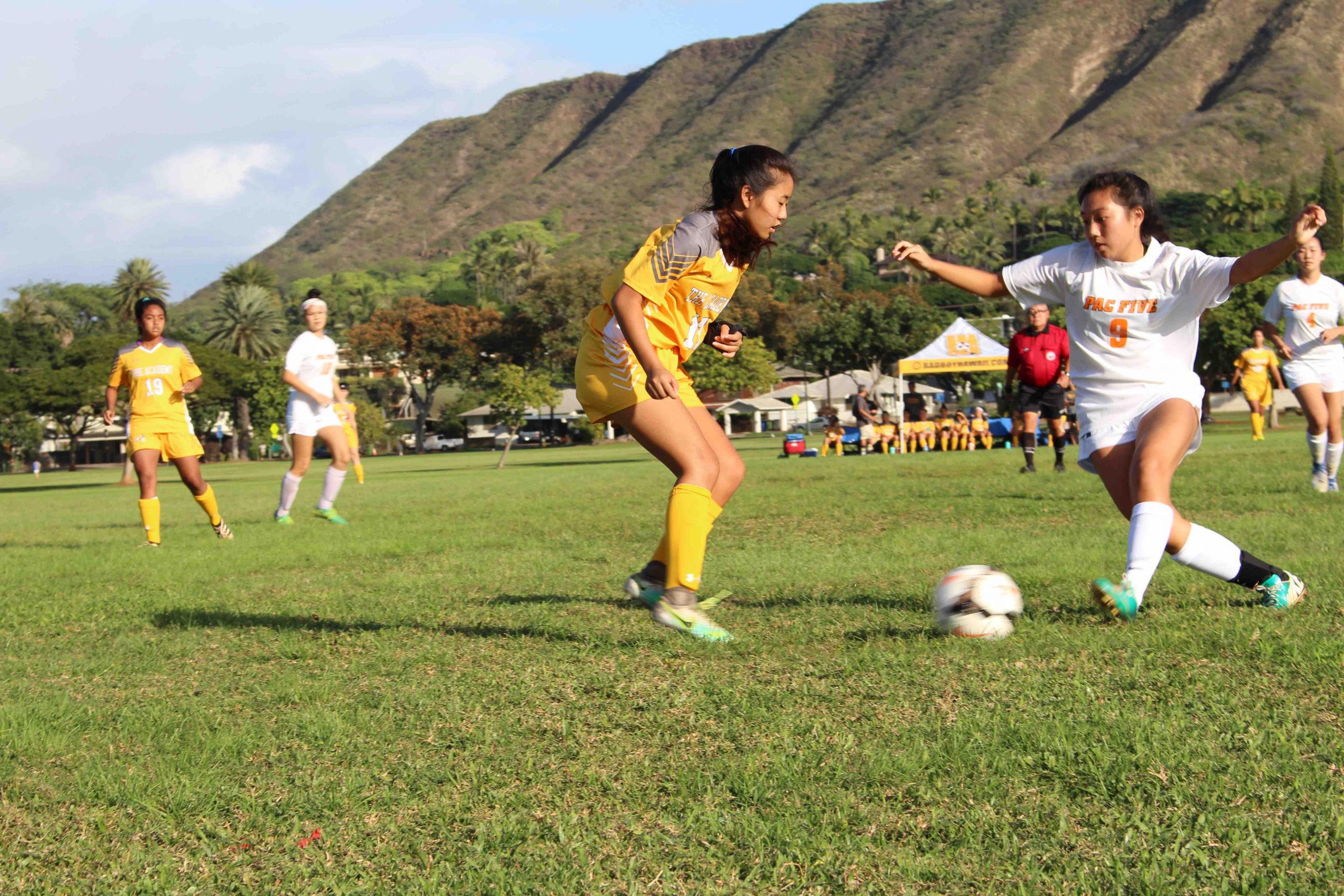 After a competitive season, the Sacred Hearts Academy varsity soccer team will take on the best in the state this week.

“It’s exciting…to be in this state tournament,” said junior middle Chanel Yee, who has been on the varsity team for three years. “This is the first time I’ve been in this tournament, (so) I hope that our team will go far, but most importantly (that they) play together and remember this experience.”

The Lancers defeated Damien Memorial High School last week, 3-0, earning a spot in the state tournament. Senior Kaycee Selga, who plays center middle and outside half, said the pressure was on for the varsity team.

“It was an exciting, yet stressful, event (because) we knew we had to beat Damien in order to solidify our slot for states,” she said. “But we were able to move the ball around, communicate effectively and use various patterns we practiced for weeks.”

Because the divisions for girls soccer are smaller than boys divisions, teams play each other twice during the season. Selga said Pac-Five was probably the toughest team they played this season.

“They were a team that tactically and physically matched our level of play and allowed us to challenge our skills in order to get better,” Selga said. The Lancers lost 1-0 to Pac-Five at Kapiolani Park earlier this month.

Despite this, the Lancers pushed through until the very end.

“We proved (everyone) wrong by stepping onto the field and playing to the last whistle,” she said