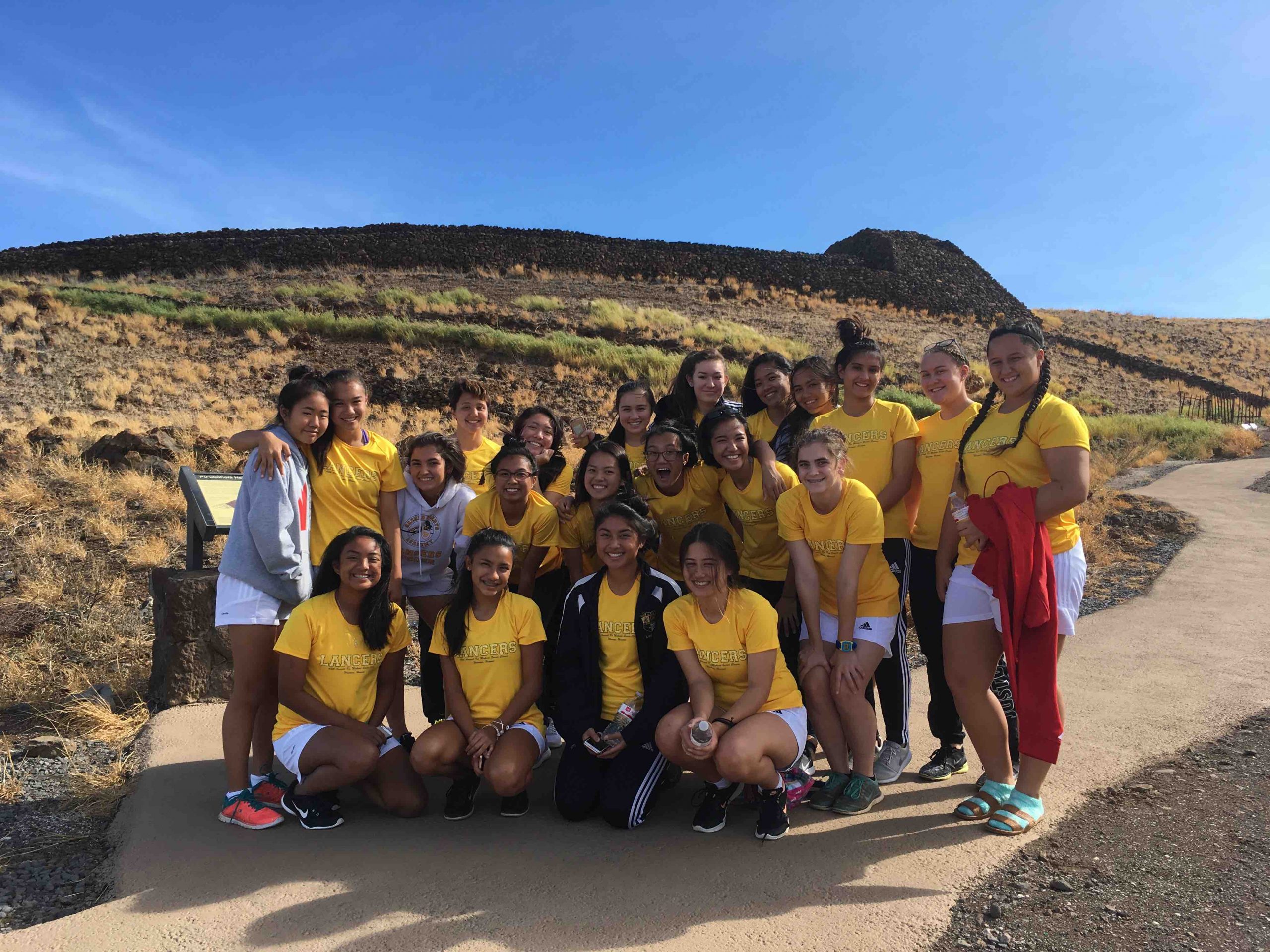 Over Thanksgiving Break, Sacred Hearts Academy’s varsity soccer team traveled to the Big Island for a tournament and team bonding.

The 45th Hawaii Preparatory Academy Soccer Tournament took place in Hilo. The girls played against eight different neighbor island teams, from schools in both Division I and Division II.

The Lancers finished eighth in the tournament.

The varsity athletes also spent time bonding as a team before the season began. The girls visited iconic Big Island locations, such as the Puukohola Heiau National Historic Site and the Punaluu Black Sand Beach. They also went shopping.

According to junior Kiley Pazcoguin, the excursion proved successful in strengthening their relationship with one another.

“I enjoyed this trip because I felt that it brought our team closer together, and we created many memories,” she said. “Also, it was a great experience, and getting to play against outer island schools helps us prepare for our upcoming season.”