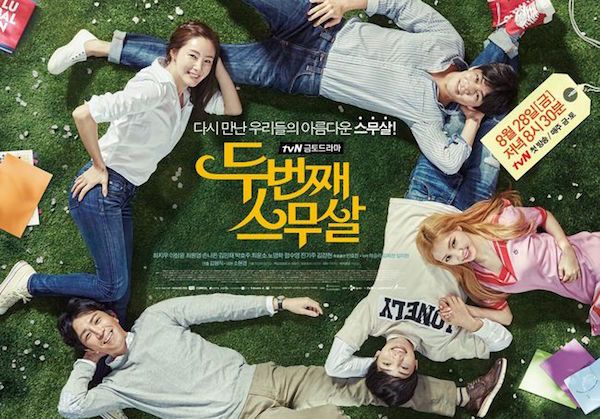 “Twenty Again” follows Ha No Ra, a 38-year-old woman who gave up her youth because of an unplanned pregnancy and the need to become a housewife.

Ha decides to reclaim her youth after a diagnosis of pancreatic cancer. She decides that the best way to relive her youth is to go back to school.

Ha’s relationship with her husband, Kim Woo Chul (Choi Won Young), is already strained, but when she decides to go to college it makes the situation even worse. As she prepares for college, she has to endure the criticism of her husband and those around her.

In addition to the criticism, Ha also worries about her son and his girlfriend who are attending the same school. Ha’s husband is also a professor at the college.

When Ha finally makes it to her first class, she learns that her high school friend and first love is teaching the class.

Finally living for herself, Ha is able to do the activities that she has always wanted to do. “Twenty Again” depicts the life of someone who is given a second chance in life, a life she missed but is determined to recapture.

“Twenty Again” is recommended for those who like romance mixed with comedy.