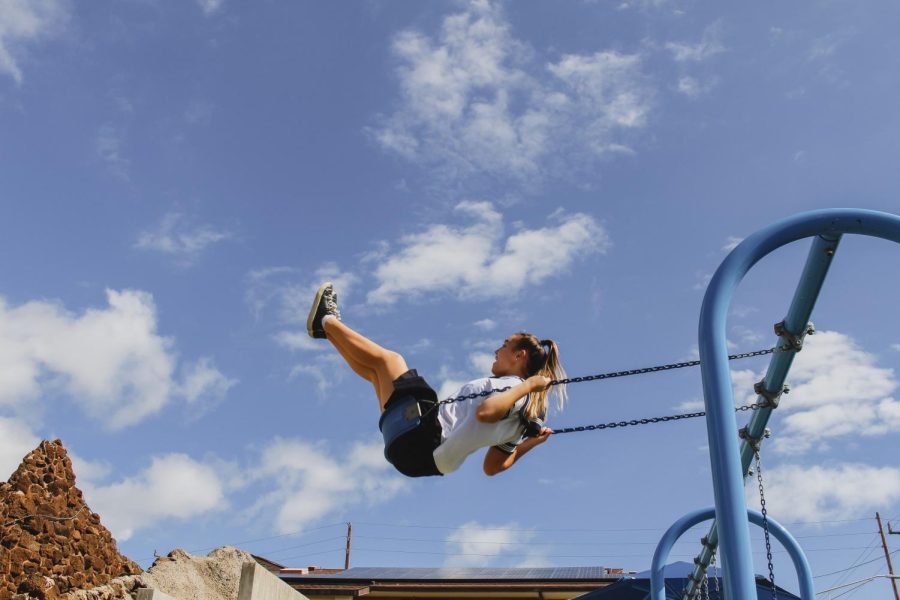 As the year comes to a close, members of the class of 2022 open their hearts to the many memories created during their time shared at Sacred Hearts Academy. Whether it be pews in the chapel, that one creaky step on the east wing stairwell or a golden doorknob worn through time, our seniors have many cherished places around campus. Six of them share stories of the past, as they look towards the future of life beyond the Academy. 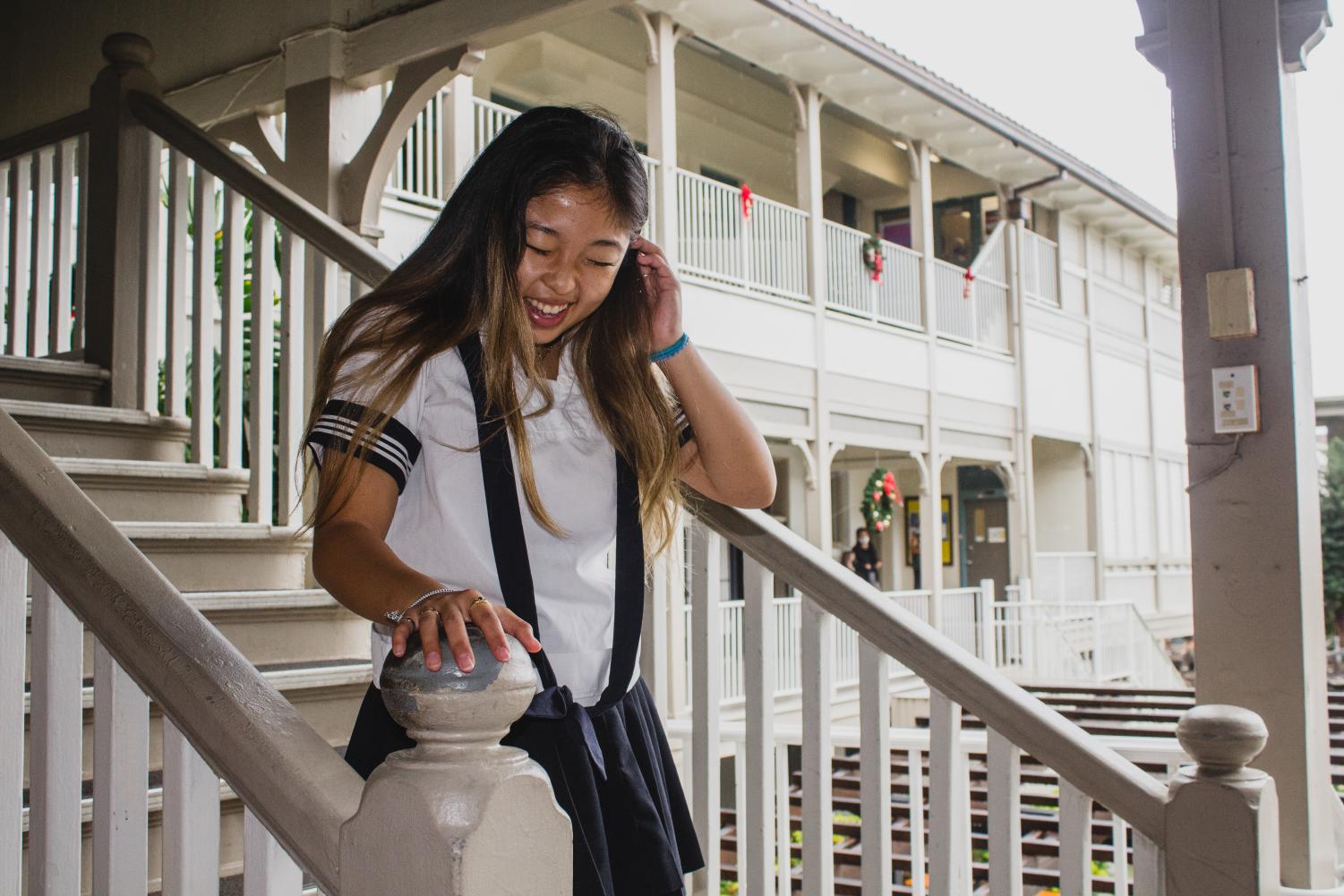 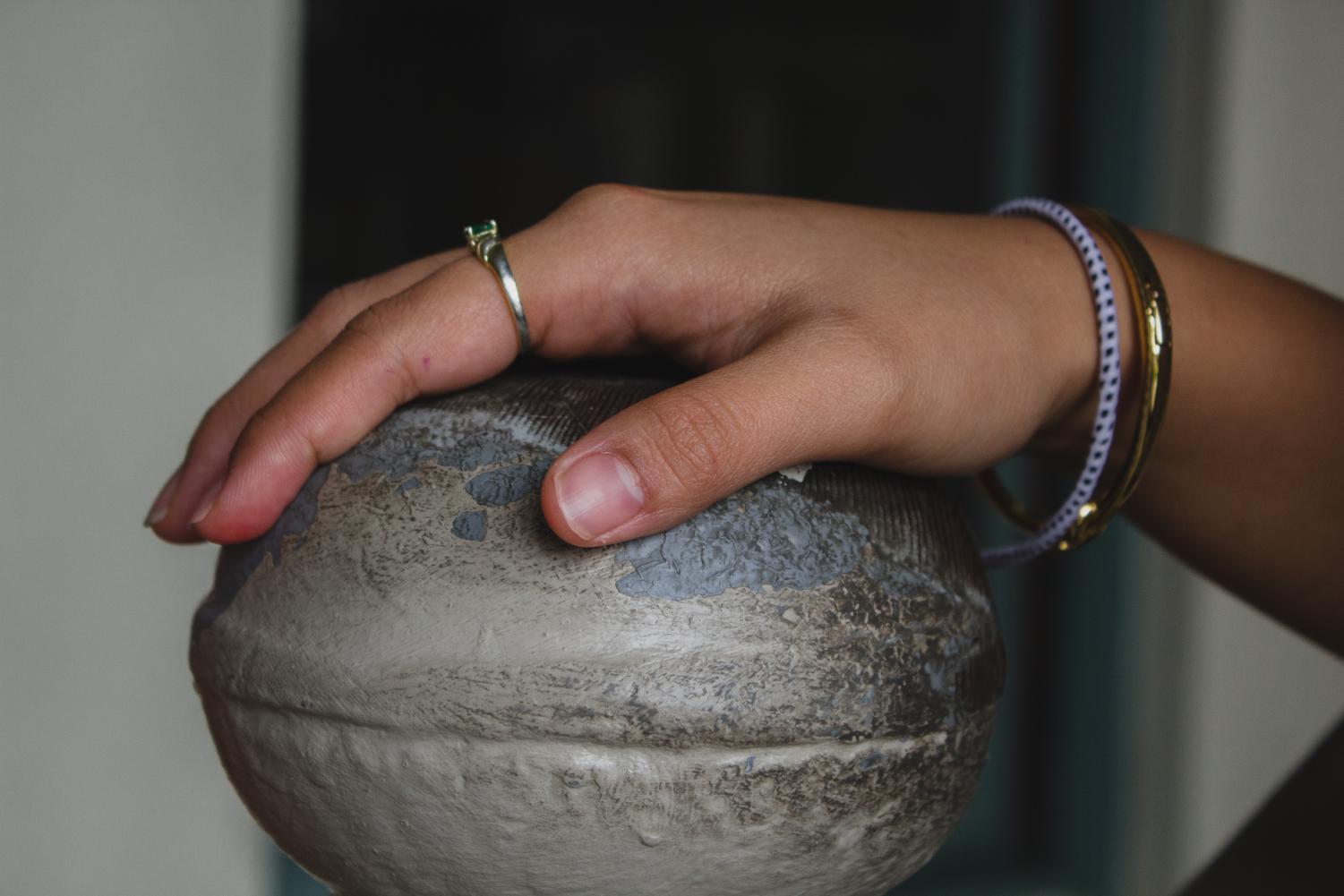 What makes a place special isn’t always how beautiful it is but rather the fond memories connected with it or the steady reassurance that tomorrow, it will always be there. Right in the heart of campus is an old stairwell; its wooden handle is worn through time, as the generations of students hold it to steady them on their next step. Senior Ashlyn Kim has walked these halls and up these stairs ever since she was in middle school, and because most of her classes are on the third floor, she passes by it nearly every day. The soft, worn wood of the handle reminds Kim of “all of the past years that (she) has been attending Sacred Hearts; all of the fond memories that have and continue to be created there.” 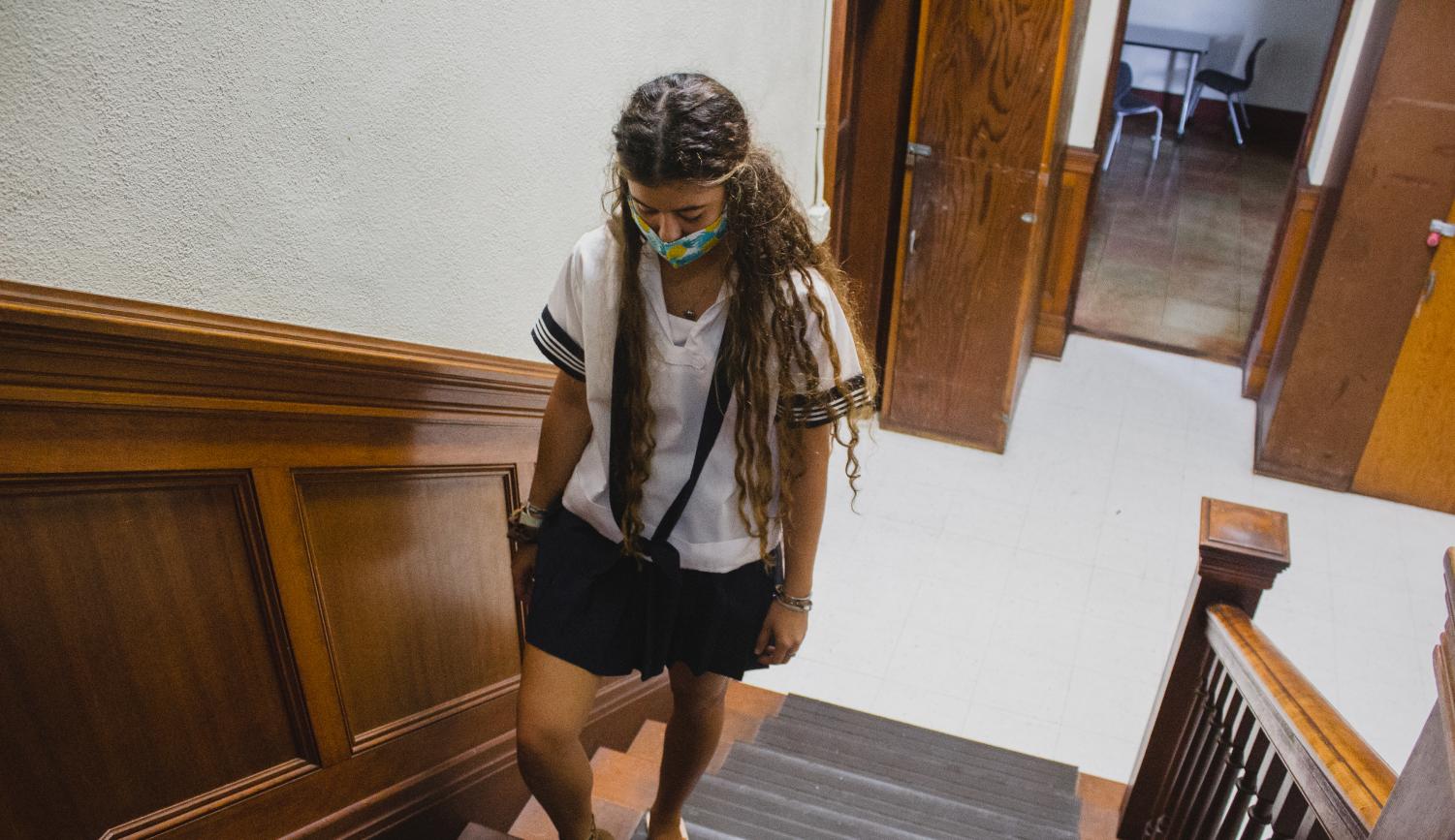 For senior Mahina Ah Sam, the steep turning steps of the east wing stairwell marked the beginning of her journey on the upper school campus. Ah Sam calls it her “transition stairway.” Moving from elementary school to middle school can cause much anxiety for many. With the added pressure of sharing a campus with upperclassmen, the secluded stairwell offered a place to “feel safe,” Ah Sam said. Because the stairwell is hidden in the corner of campus, “it just made me feel less intimidated about navigating the upper school building.” The roles have changed; Ah Sam is now the graduating upperclassmen and notices that even now, middle school students continue to navigate campus using the same stairs. They, coincidently, step in the same spot. Little footsteps can still be seen imprinted on the worn wooden boards, marking a shared experience for the young sisters on campus. “I think that this stairway does truly have a special place and core memory of being at the Academy,” Ah Sam said. 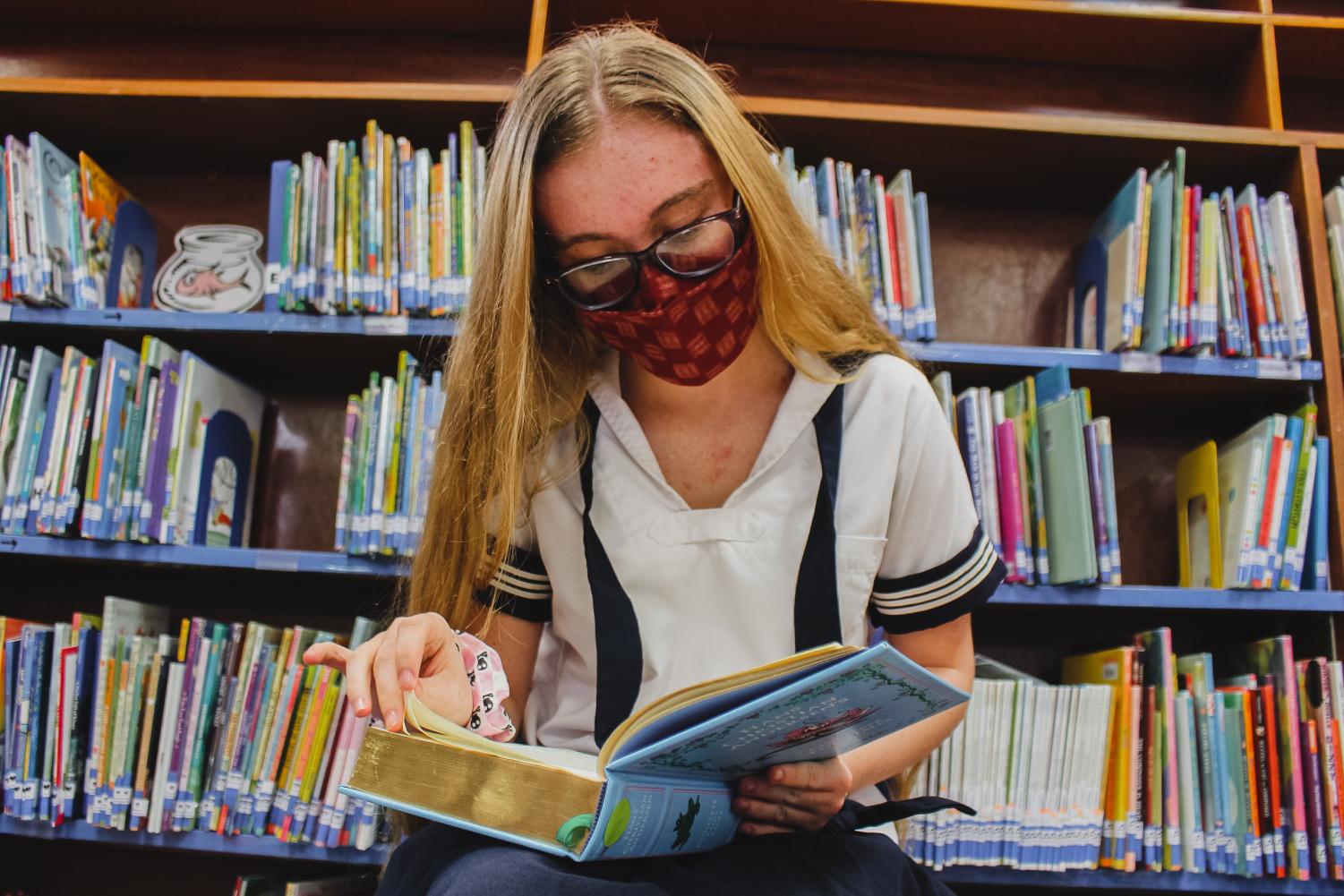 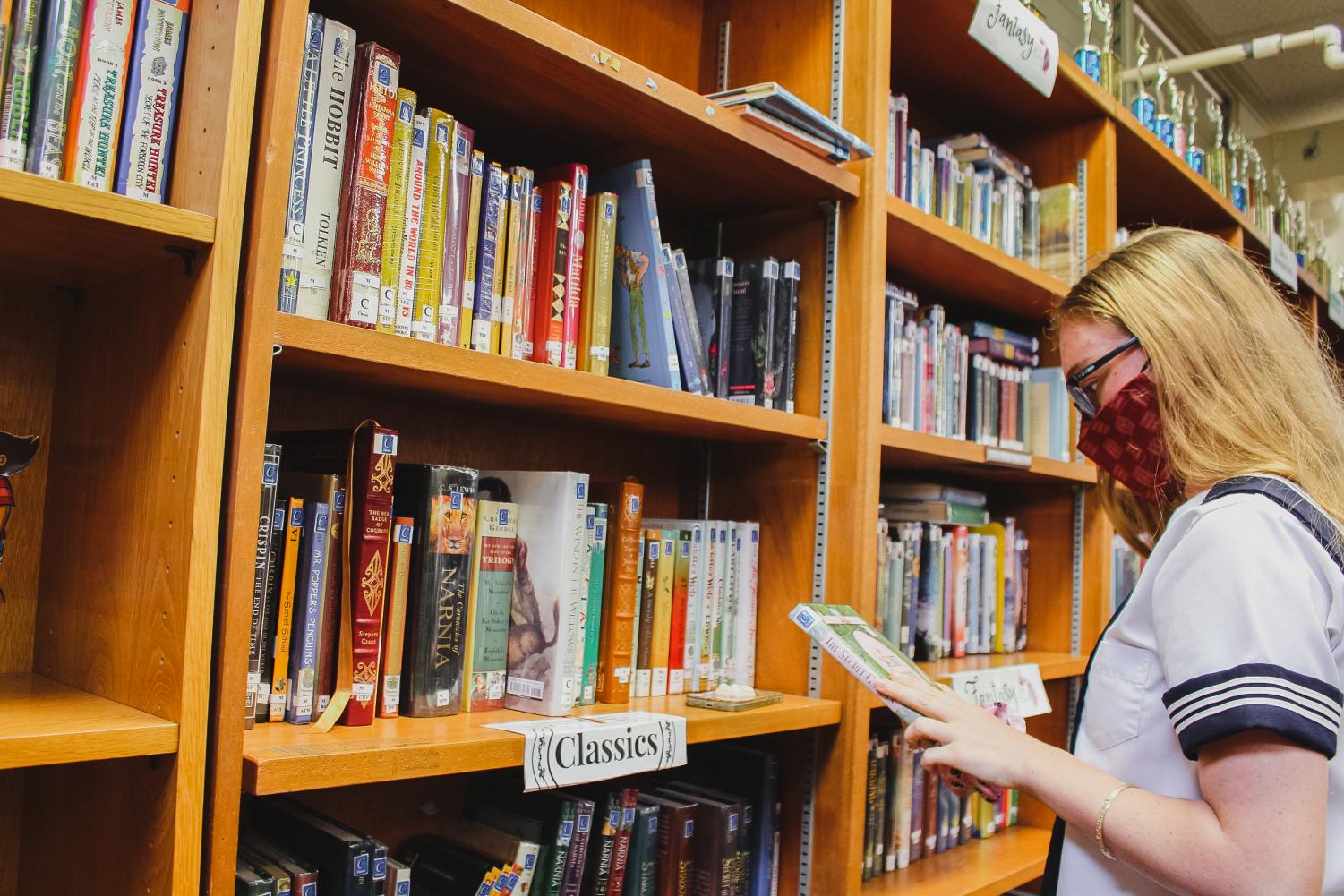 Even as a young student in the lower school campus, senior Keona Tomita could always be found with her nose in a book. Tomita spent every break in the back of the lower school library devouring fairy tales, fantasy novels and encyclopedias. “The library reminds me of all of the countless adventures I’ve had reading the books and all of the work I’ve been able to get done in such a calm environment,” Tomita said. Tomita’s passion for books and reading has carried on into high school and an aspiration towards a career in teaching English. Much of Tomita’s drive for a career in education came from her experience in this library as a child. 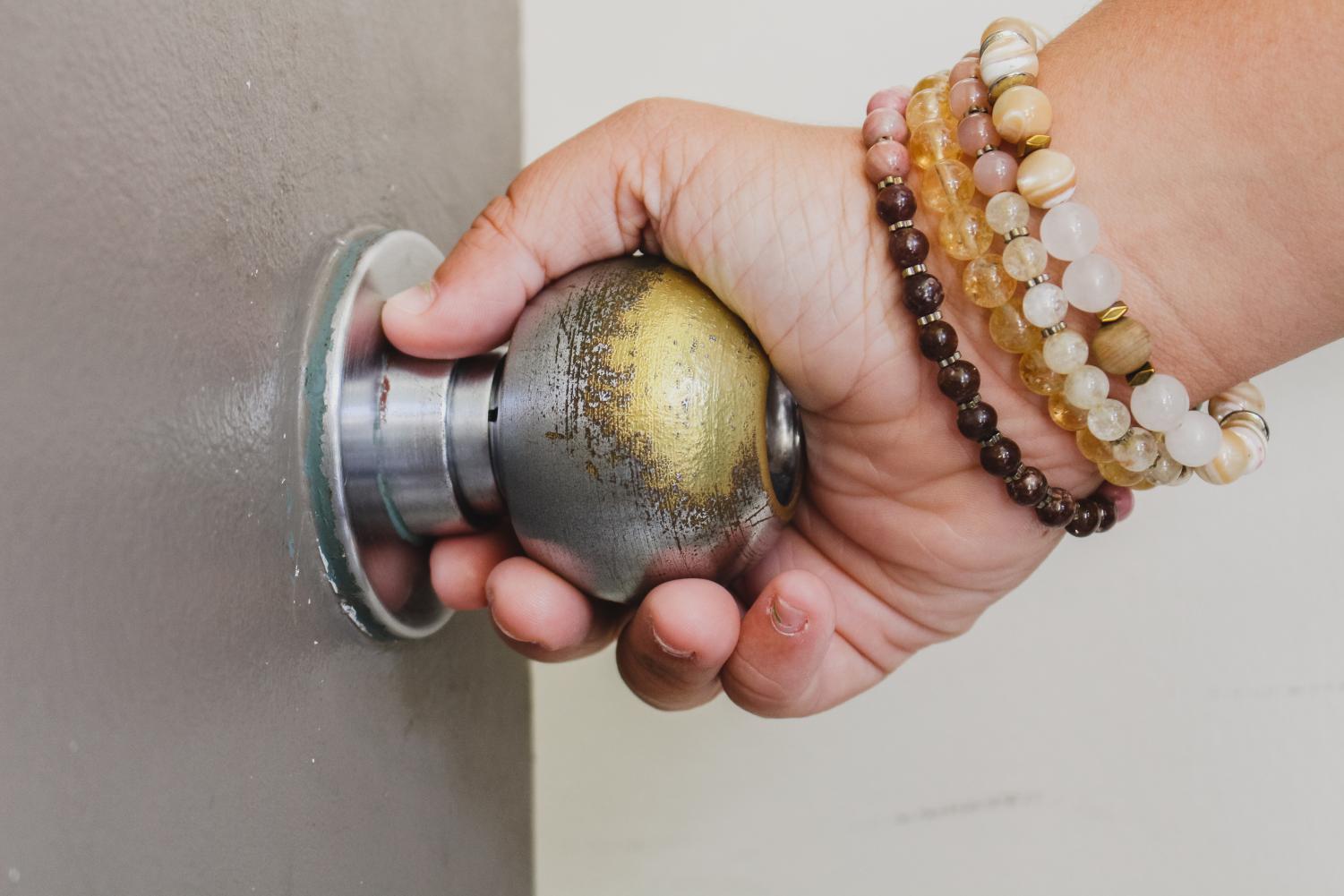 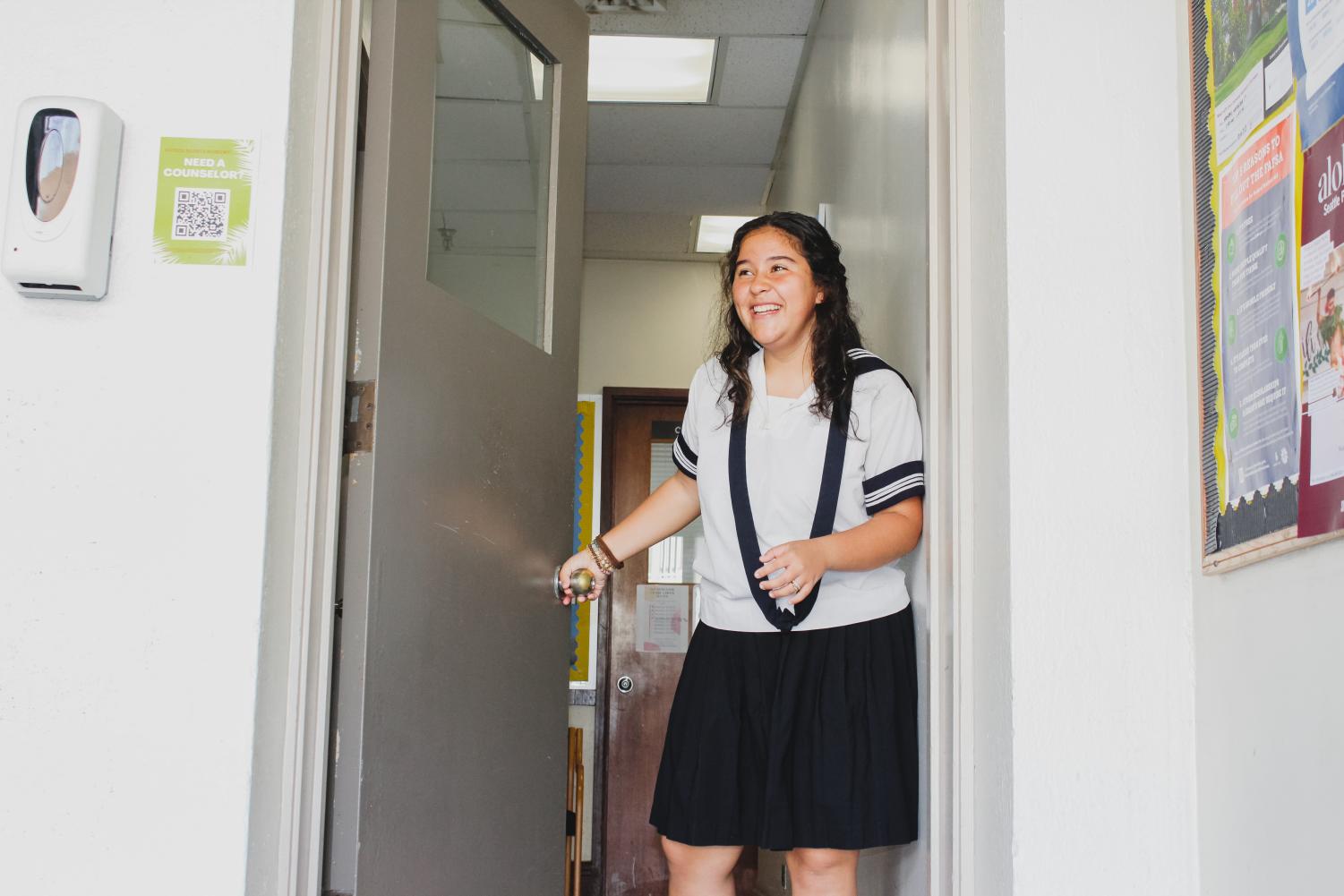 Senior year means deadlines, scholarship applications and general worry for the class of 2022. College counseling headquarters is situated in the corner of the Administration Building. The many senior portrait pictures and the array of college flags suspended on the wall testify to the generations of senior classes that began the first step of their journey in that very room. A special helper in these endeavors is Randy Fong, the school’s college counselor. But before seniors are greeted by Fong’s hearty banter and frantic warnings of application deadlines, they first must open the door. Not the metaphoric door of the future but rather, the modest door leading to Fong’s office. After years of seniors embarking on their next chapter, the handle to the counselor’s office has turned from silver into metallic gold. Jillian Simpson is just one of many seniors whose first step towards college began in Fong’s office. Simpson remembers meeting with Fong for the first time the summer before her senior year. “It was about all of my college choices and scholarship opportunities. I remember that I left that office with a feeling of pride and enactment about my future. It was cool to see my mom have just as much hope as me and see the smile on Mr. Fong’s and my mom’s faces,” Simpson said. To Simpson, the doorknob is important because it has always been there, saying “the worn-down brass, the cold warmth from the countless hands that have held it and the sound of gears turning will always remind me of my time here at the Academy and my countdown to the start of my future.” 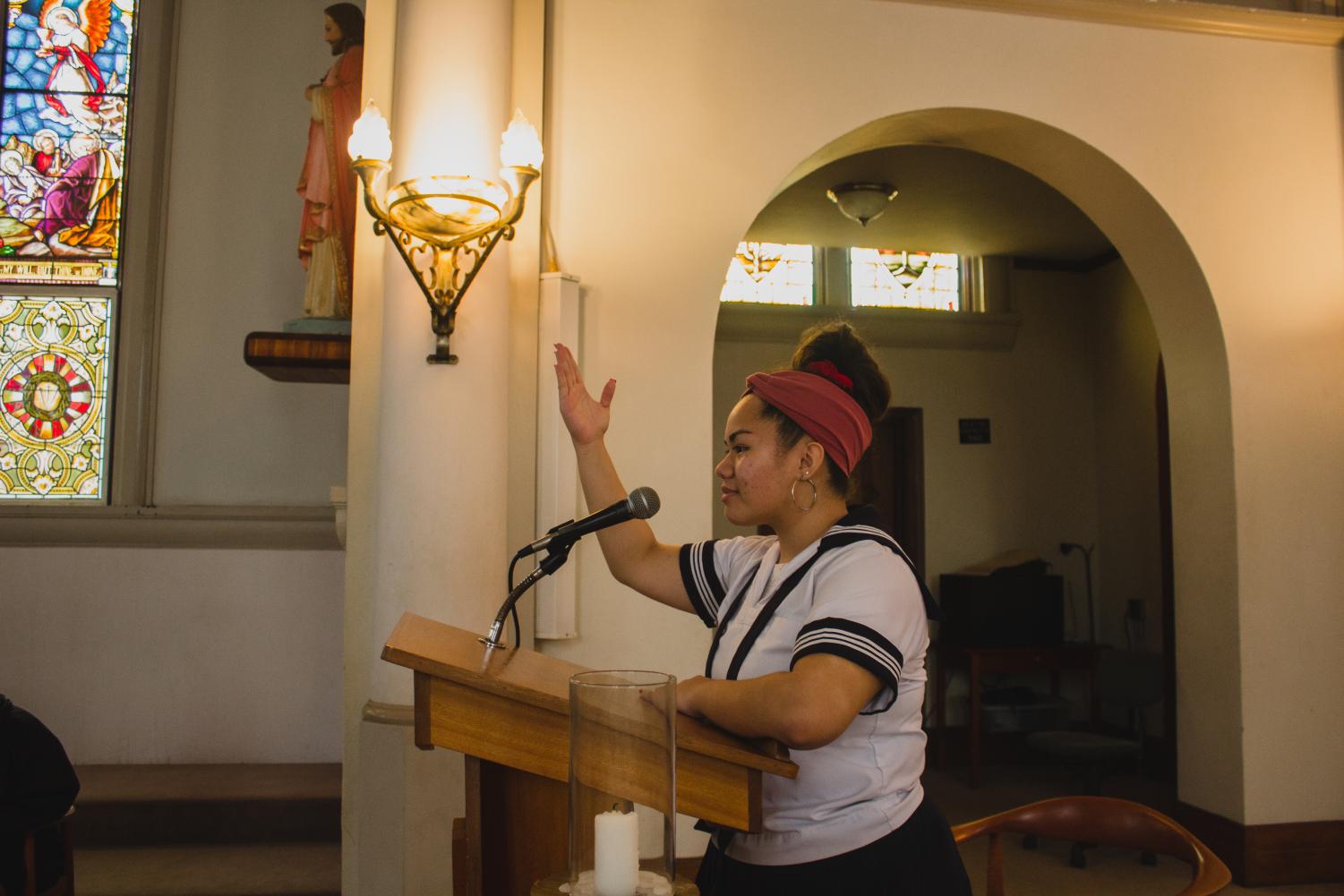 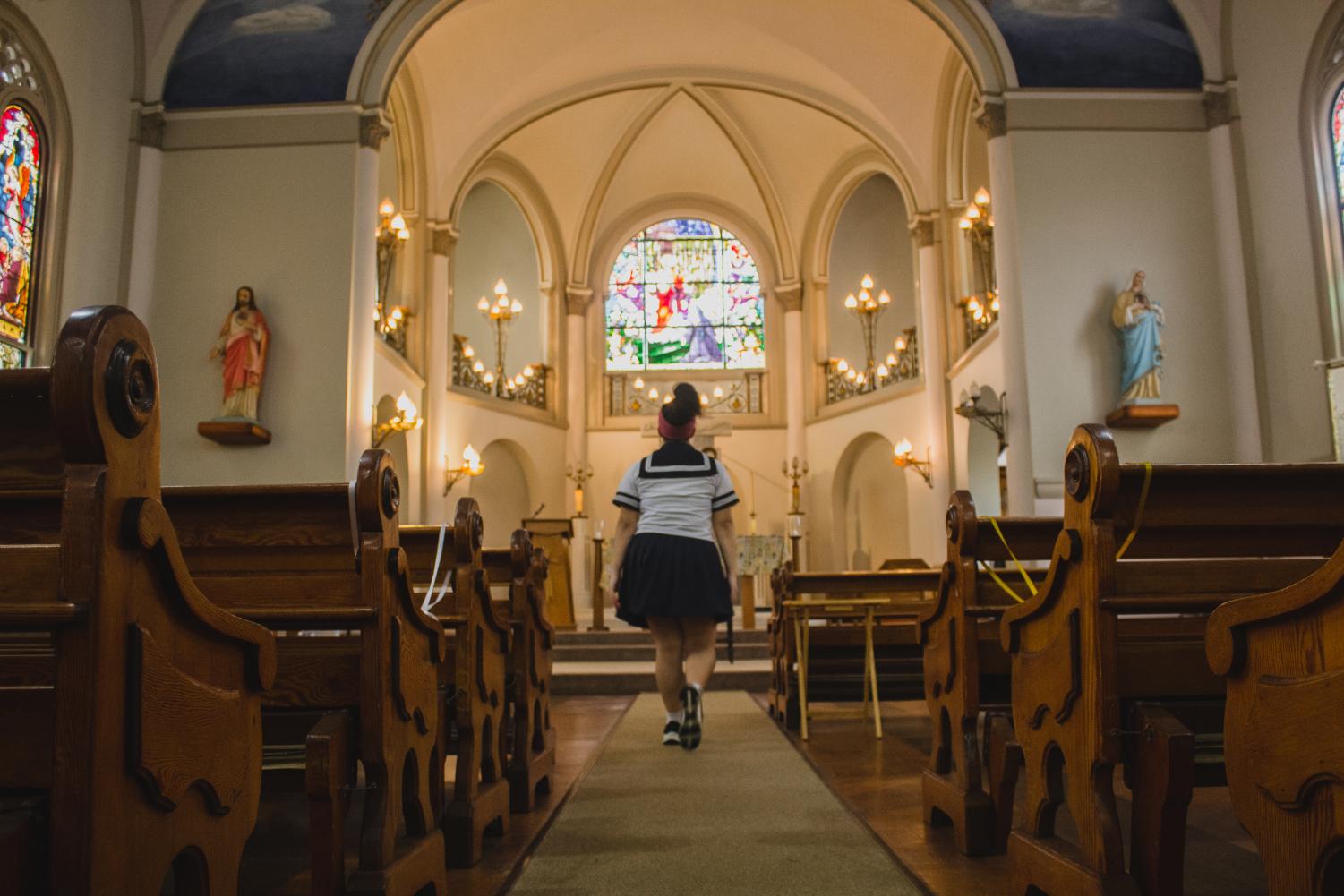 Built in 1909, the Sacred Hearts Academy chapel stands tall and is a testament to the legacy of sisterhood and faith within the school. Inside, the St. Margaret Mary Chapel is decorated with tall stained glass. Senior Hayleigh Peneueta reminisces on how it reminds her of the “scene from the ‘Sound of Music’ when Farlane Maria is getting married, and they show the beautiful chapel while she is walking down the aisle.” As a little Lancer at the Academy, Peneueta used to watch and admire the LIFE Team, or Catholic worship group, as they lead the school during mass. As a part of the LIFE Team now, Peneueta participates in the active legacy of faith within the church. She is also a legacy student, coming from a multigenerational line of Academy alumnae. It’s one of the many ways this senior connects with her grandmother today.  They both share the experience of singing in the chapel as part of the school’s choir. “My nana used to go to school here, and she would always tell me about the beautiful chapel and all the memories that would happen there,” she said. “ I feel blessed to experience some of the same memories as her because that brings our relationship closer.” Both their voices, separated by a generation, resonated in the same four walls. 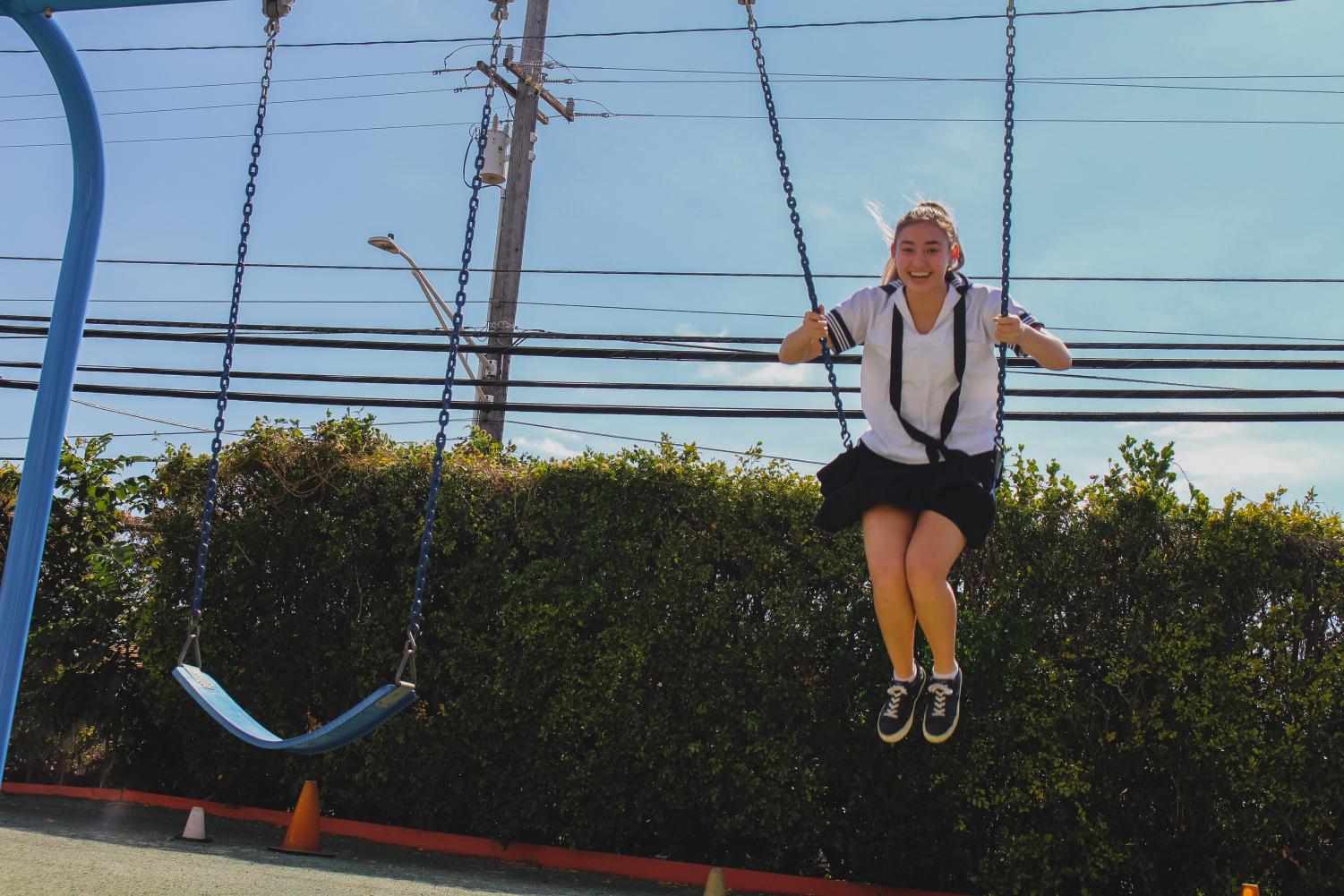 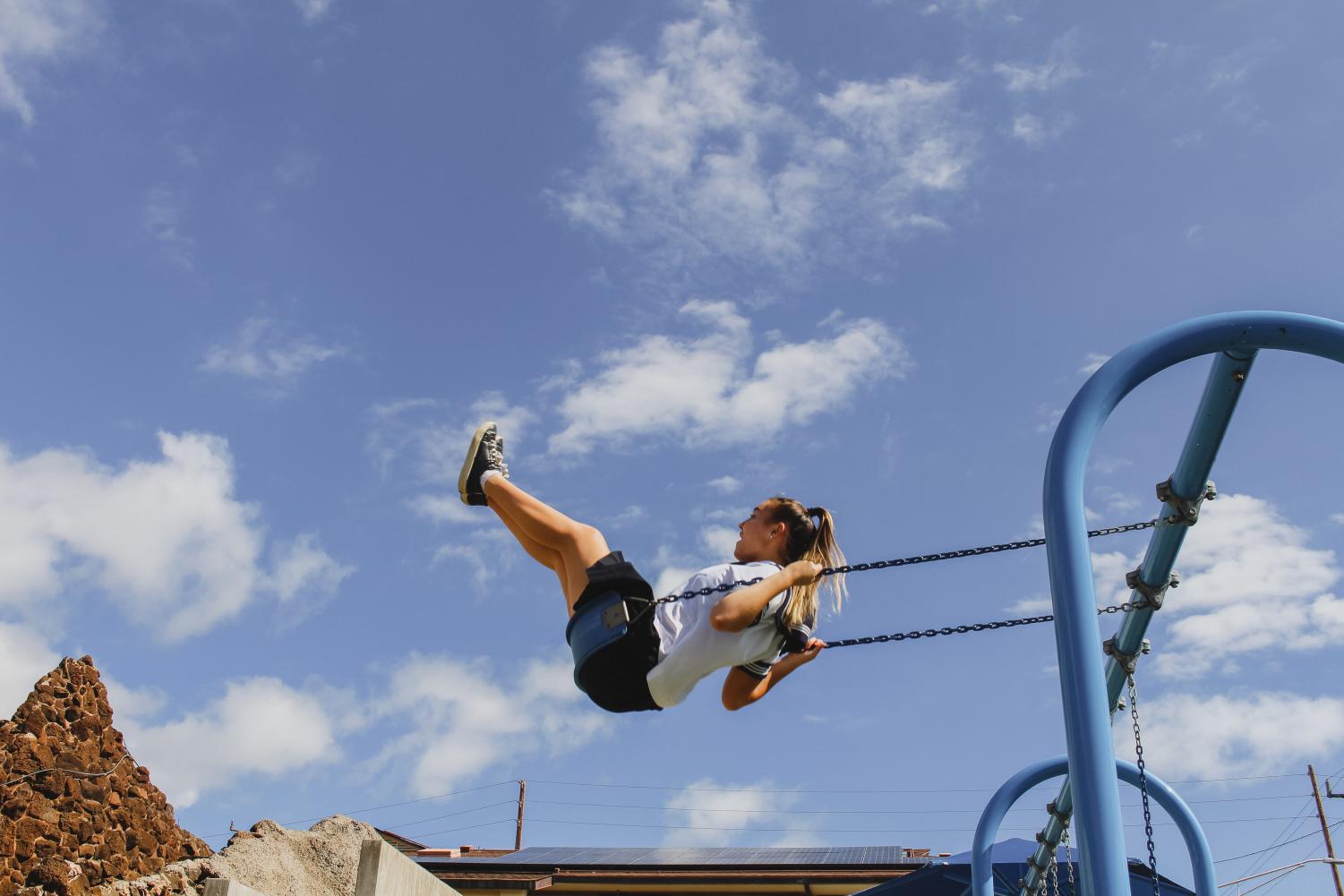 “The swing set was a big deal. You always had to wait in line behind the cone. I remember the handles being so sticky and dirty from the constant use of the toddlers’ hands. Still, nothing felt better than the moment of being in the air,” senior Zandrina Cambra said about the swing set she played on in Kindergarten. The swing is a meaningful location of Cambra’s childhood. Most notably, it was where Cambra made her first friend. Cambra says the swings “helped me be more open towards others and courageous. It holds so many memories of how my journey through life began.” However, the swings were torn down and rebuilt after Cambra transitioned to the upper school campus. “The whole swing set has been replaced. It does make me a little sad, but I think it represents (my journey). I’ve grown up so much and changed over the years, just like the swing set.” Cambra visited the swings for the first time since leaving in the sixth grade. Pushing her feet off of the ground, she caught momentum before finally soaring to the top. It was just like when she was little. Cambra said she “felt like (she was) flying.”