How’s it at Harvard 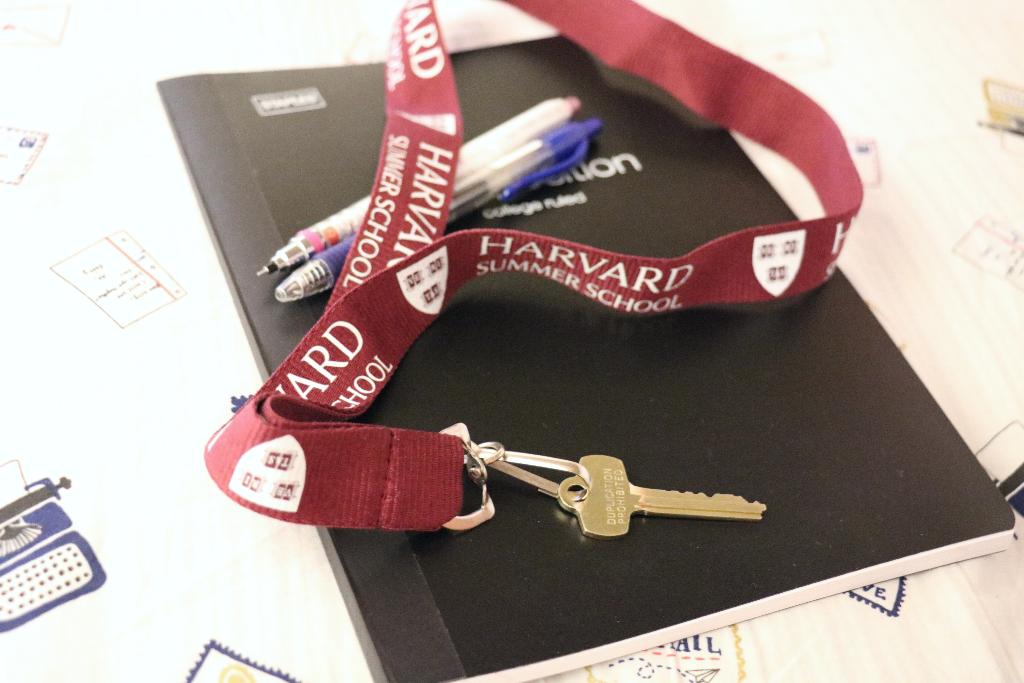 Preparing to work on the first assignment.

Pressured about becoming a junior, I knew that I didn’t want to relax during the summer. I began searching multiple colleges to take summer courses as a high schooler. Why not Harvard University?

Selecting my courses was similar to online shopping. There were multiple options and I wanted to explore all of them. However, the program only allows either an eight-credit course or two four-credit courses. This process made me anxious because of my previous waitlisting status. Fortunately, I was able to attend my top two choices, Directing and Beginning Screenwriting.

The Harvard yard is the center of the campus. There is the John Harvard statue and Widener Library, which is one of the largest libraries in the world. The Farkas Hall, which is located right outside the yard, is a theater that holds numerous shows and classes. One so happened to be my Directing class.

When you first walk in, you’ll pass by the welcoming lobby filled with awards, show posters and the ticket office. On the third floor is the studio, where the class was held. Initially, I thought they would teach me editing and shooting techniques but instead it was about the actual form of directing. We learned everything from adding a twist to the script, explaining to an actor how they should perform and designing the set.

The course focused on three major elements: light, sound and form & content. My sound presentation was about two friends meeting after a long time. I incorporated sound in this scene by using city sounds and melancholy tunes. A major aspect of the presentation was stopping all the music when they notice each other. This represented the phrase “My world stops when I look at you.”

For the Light Scene, I took a comedic turn. The story was about a devil attempting to steal a woman’s heart. It’s comedic because the woman thinks he is flirting with her. When the devil enters and exits the scene, the audience will see his red silhouette. Lastly, my Form & Content scene was based on a recycled poem I wrote last school year. I mounted my actor on large blocks facing the projection. The screen revealed a bird’s eye view of the character’s bedroom. The audience goes on a scary journey with the actor experiencing sleep paralysis. Although she was standing up straight, there was an allusion.

In my second class, I learned about the basic rules in order to conduct a script. I decided to have fun with my final assignment; therefore, I choose an elaborate plot with insane characters. We disgusted the different acts and how one can lead to another. This happens when the main character usually has a well-developed personality. Unlike the audience, the author must know every piece of story. If there is any part that they feel unsure about, it is vital that they stop and focus on that one scene. We also had lessons on how to copyright our own work.

Overall, I did, in fact learn a lot from this experience and plan on using it in my future career in film.