From Taipei to Tokyo 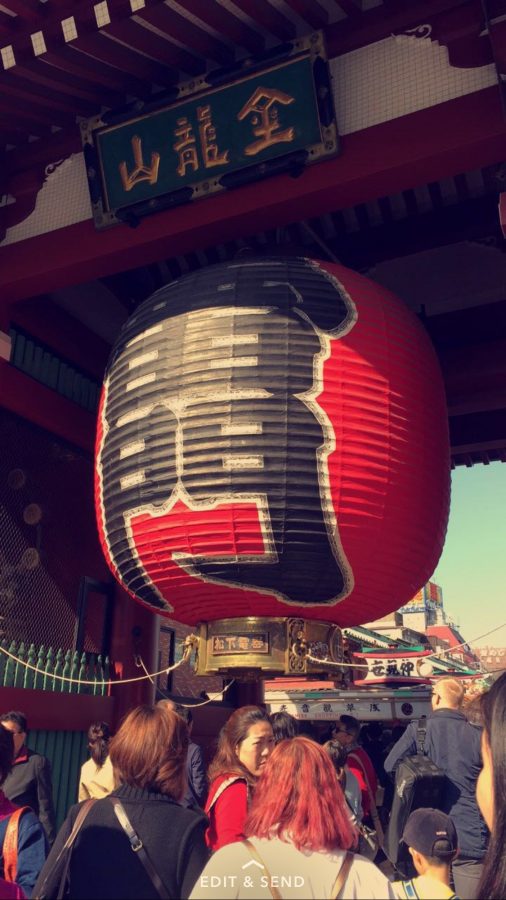 One of our stops in Tokyo was the Giant Lantern, which was where Japanese people would come to pray for a bountiful harvest.

Landing in Taipei had been a bit underwhelming for me. It was my first time, but I was feeling under the weather and not really able to focus on much of my surroundings. My parents had made it known that they didn’t appreciate my lack of enthusiasm.

However, it wasn’t until we reached the city that I began to appreciate visiting a new country. Each district was decorated with unique architecture, while historic statues lined the streets. Definitely something I’ve never experienced before.

The experiences continued, as we visited many famous landmarks. One of our first stops was the night market in Jiufen, which is renowned for being an inspiration to Studio Ghibli’s “Spirited Away” film. We also went to Taipei 101, formerly known as the Taipei World Financial Center. It is home to one of the world’s fastest passenger elevators, with a maximum speed of 1,010 meters per minute.

Trying new and exotic foods was also an adventure in itself. Xiao long bao, a soup dumpling delicacy, was definitely the highlight of my trip. The soup dumplings were steaming hot and required a special step-by-step process when eating. It was interesting to learn this process.

Our final destination had been the Chiang Kai-shek Memorial, a national monument built in memory of former President of the Republic of China Chiang Kai-shek. It held monumental buildings facing one another in a grand display of beautiful architecture.

From Taipei, we went to Tokyo. Within our short stay in Tokyo, we managed to visit the Giant Lantern located in Asakusa. This landmark held great spiritual significance and was where Japanese people came to pray for good harvest.

Although I had a negative mindset at the beginning this trip, I quickly realized how I was able to experience something my peers would only dream of doing. For that, I am thankful for the opportunity to learn and understand some of the unique cultures in Asia.