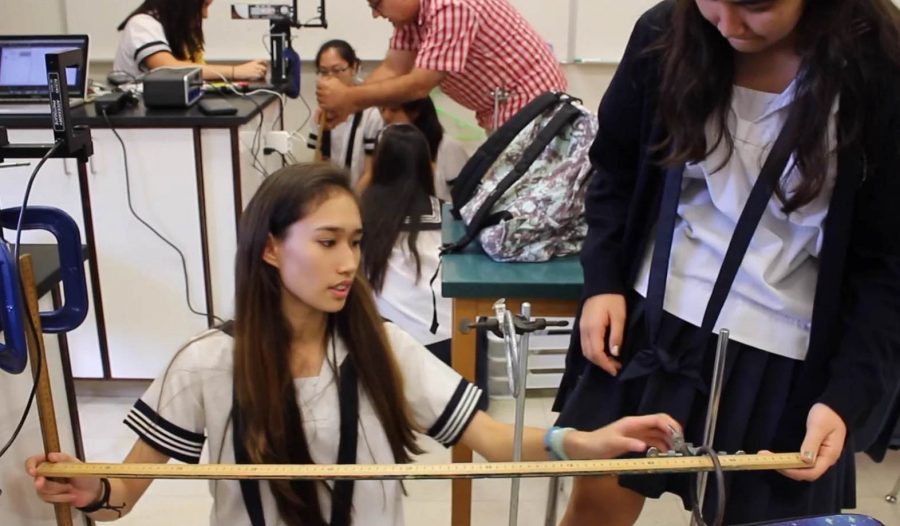 If you peeked into the AP Physics classroom recently, then you might have seen small balls launching across the room. It was part of a lab on projectile motion, in which students launched the balls out of mini cannons. The goal was to aim the ball so that it went through one of three hoops.

“To figure out where the three hoops needed to be, we used a kinematics equations,” senior Krista Thom said. “We placed our hoops and our target based upon our calculation.”

Projectile motion describes an object that has both horizontal and vertical components.

Students used the height of the table and the height of the three rings to figure out how far they needed to place the rings. The goal of the experiment, as explained by Thom, was not only to aim the balls through the rings but also to hit the center of a paper placed on the floor.
After numerous attempts, the AP Physics students were finally able to shoot achieve their goal of shooting the balls through the hoops.